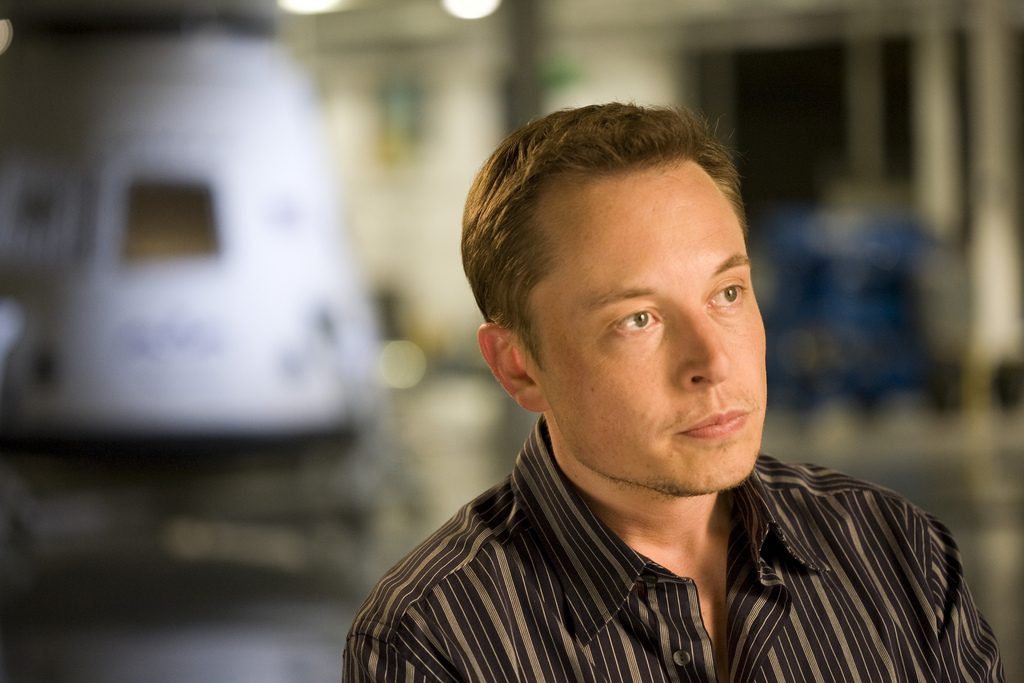 You’ve probably heard about SpaceX and Tesla CEO Elon Musk’s recent launch of Neuralink, a neurotechnology startup that aims to develop implantable brain-computer interfaces (BCIs). These interfaces would not only help treat brain diseases in the future, but would also enhance human intelligence so that it isn’t left in the dust by artificial intelligence — which, as we’ve seen, has been developing by leaps and bounds in the last few years, beating humans at tasks once thought too complex for machines. Even more daringly, Musk says that the plan is to bring a “micron-sized” brain-computer interface to market within the next four years.

The move follows the entrepreneur’s previously expressed concerns about the dangers of developing artificial super-intelligence that could run amok and destroy humanity. Musk believes that AI is our “biggest existential threat,” and that to counter this threat, human intelligence must also be augmented to even the odds.

“AI is obviously going to surpass human intelligence by a lot,” Musk told blogger Tim Urban of Wait But Why in a lengthy but informative 38,000-word post on Neuralink. “There’s some risk at that point that something bad happens, something that we can’t control, that humanity can’t control after that point — either a small group of people monopolize AI power, or the AI goes rogue or something like that.”

Welcome to the Wizard Era

Urban, who was invited by Musk to sit down with the Neuralink team, wrote and illustrated the in-depth (and at times, quite tongue-in-cheek) piece exploring some of the cultural, scientific and ethical contexts around the issue, as well as surveying what’s already been done in the field of BCIs, from local field potential tools to EEG-based (electroencephalography) methods.

Urban likens the Neuralink project to creating a “wizard’s hat” that will usher in an almost magical, new “Wizard Era” where we can instantly access the collective knowledge of humanity and communicate directly between brains or machines through these interfaces, without the need for spoken or written words. 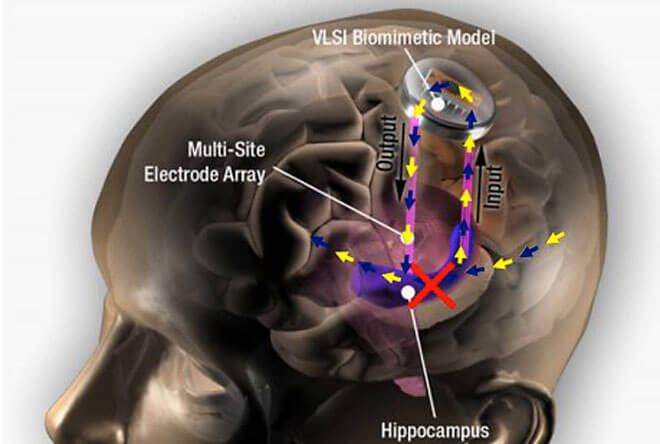 “We Are Already Cyborgs”

Colorful hyperbole? Perhaps. But to make the case why brain-computer interfaces are merely an extension of an ongoing human evolution that’s already produced “magical” things like language, writing, the printed word, electricity, telephones, radios and so on, Urban points out that our biological brains consist of “layers” such as the brain stem and cerebellum, the limbic system and the cortex.

Today, our capacity to learn and make decisions is already amplified by the modern tools at our disposal: a new “layer” of smart devices and services that give us superhuman powers that would be unimaginable to people from the past. So augmenting that with yet another interface — albeit in the brain — is actually not that far-fetched. By enhancing our brains and merging them with computers, they become yet another device we use, much like our smartphones.

“We already have a digital tertiary layer in a sense, in that you have your computer or your phone or your application,” said Musk. “You can ask a question via Google and get an answer instantly. You can access any book or any music. [..] The thing that people, I think, don’t appreciate right now is that they are already a cyborg… [if] you leave your phone behind, it’s like missing limb syndrome. I think people — they’re already kind of merged with their phone and their laptop and their applications and everything.” 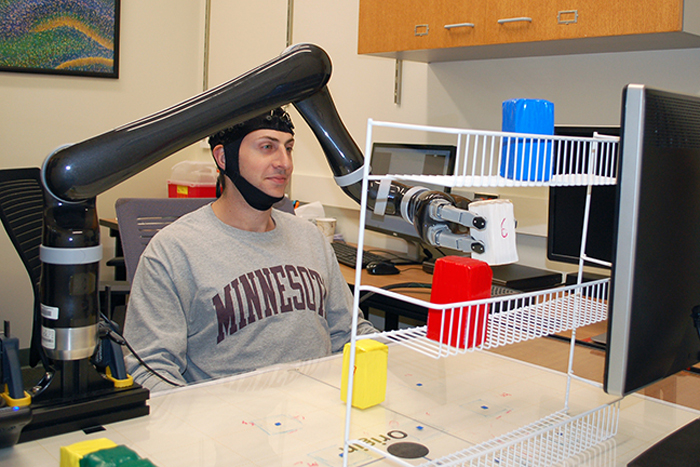 But there are quite a few hurdles. Forget the hopes of creating a BCI capable of linking humans in full-on, direct brain-to-brain communication. For starters, creating a device with the adequate bandwidth to record the “high-resolution” activity of enough neurons to achieve something significant beyond stringing together a single line of text isn’t even yet possible. The need for invasive surgery to implant these things is yet another; until we find a way around having to crack your skull open to insert these devices, it’s doubtful many people will widely adopt such improvements. Device biocompatibility and the need to make it wireless are other big concerns that the Neuralink team and other organizations will have to tackle.

But even if these obstacles are overcome, Urban speculates on some dark possibilities for future “whole-brain interfaces” that would facilitate the direct wireless communication with the cloud, and the transmission of thoughts and emotions with other interfaced individuals: “As always, when the Wizard Era rolls around, the dicks of the world will do their best to ruin everything. Trolls can have an even fielder day. Computers [can] crash. [Normally] that’s not the end of the world, [but you] can’t get a new head. [..] Computers can be hacked. Except for this time they have access to your thoughts, sensory input, and memories.”

The idea that someone could hack into your headspace is indeed frightening to think about. There’s no need for bombs if governments can just attack the cyber-collective of another country through their brains. For many, the terrible inkling of such a future is enough to call for a moratorium on research into autonomous AI for military purposes — which is exactly what Musk and other luminaries like Stephen Hawking and Bill Gates did just a few years ago. 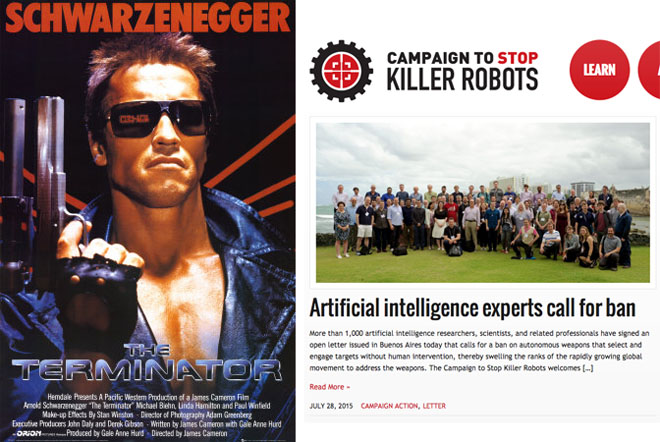 Why Symbiosis Is the Next Best Thing

Despite these alarming scenarios, AI’s evolution is nevertheless hurtling along. Today AI may be beating humans at Go or poker; tomorrow it could reach the point where it surpasses humans in general intelligence and autonomously evolves itself in unexpected ways that may potentially threaten human existence. Hence, Musk believes there’s a need for a more symbiotic relationship between humans and AI.

“The more separate we are—the more the AI is ‘other’ — the more likely it is to turn on us,” he cautioned. “If the AIs are all separate, vastly more intelligent than us, how do you ensure that they don’t have optimization functions that are contrary to the best interests of humanity? … If we achieve tight symbiosis, the AI wouldn’t be ‘other’ — it would be you and with a relationship to your cortex analogous to the relationship your cortex has with your limbic system.”

It’s scary to think that humans may not have much choice in the matter, even though the research and engineering has a long way to go before this kind of symbiosis is possible. Musk seems convinced that since the creation of super-intelligent AI is all but guaranteed, the next best strategy is to influence the process so that it isn’t hijacked by those with questionable intentions.

As a result, we see Musk’s involvement in the non-profit AI research lab OpenAI to create “friendly” artificial intelligence, and the long-term vision of SpaceX to build rockets that would bring humans to Mars — just in case we need to flee Earth. That being said, maybe things won’t be as dire as they could be if there are balancing factors and contingencies put into play, as Musk is apparently attempting to do.

“I was trying to really sound the alarm on the AI front for quite a while,” said Musk. “But it was clearly having no impact (laughs) so I was like, ‘Oh fine, okay, then we’ll have to try to help develop it in a way that’s good.'”

SHARE THIS STORY
RELATED STORIES
AI21 Labs Bets on Accuracy, Develops Approach for Factual AI AgStack: Linux Foundation Project Will Bring Farms Online Generative AI: How Companies Are Using and Scaling AI Models Hardware Independence Is Critical to Innovation in Machine Learning 5 Ways ChatGPT Could Supercharge Chatbots
SHARE THIS STORY
RELATED STORIES
Op-Ed: The Rise of AI Content Generators Is an Affront to Creativity What Data Management Pros Expect to See in 2023 Why 'Explainable AI' Can Benefit Business 2022 in Review: AI, IT Armies, and Poems about Food Build a Churn Detection Train with AI Blueprints
THE NEW STACK UPDATE A newsletter digest of the week’s most important stories & analyses.
The New stack does not sell your information or share it with unaffiliated third parties. By continuing, you agree to our Terms of Use and Privacy Policy.