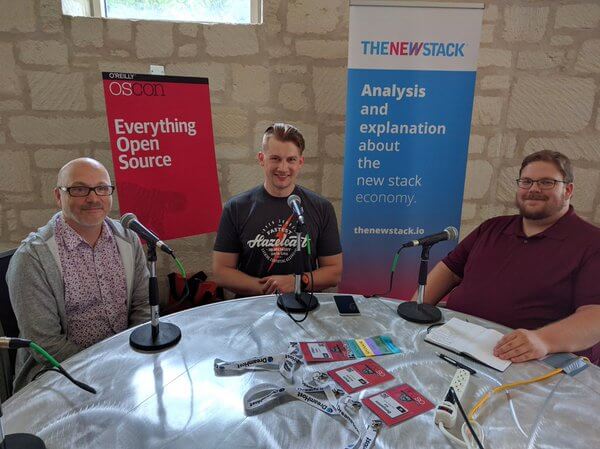 As open source has continued to grow, organizations large and small have begun to implement open source projects and services into their own platforms. Whether utilizing open source to improve their own products, or to assist end users with their own business goals, open source contributions and communities have proven their longevity.

In this episode of The New Stack Makers podcast, we explore how open source communities are maintained long-term, how projects can align contributions with their own release roadmap, and the ways in which organizations can empower and build upon their own developer, operations, and engineering talent. The New Stack technical editor Benjamin Ball spoke with Hazelcast senior solutions architect Viktor Gamov and Aerospike vice president of product Alvin Richards to hear their thoughts on these topics and more earlier in the year during OSCON 2016. Hazelcast offers an open source data grid while Aerospike offers an open source NoSQL key-value store.

When building an open source community, project maintainers should meet contributors where they are at in the process, while understanding that not every contributor is going to have the same skill level or interests in terms of how they interact with an open source project. Richards explained, “I think there’s a two-stream approach to being able to engage with your community. There is deep, dark stuff that is harder to contribute to but you get more rewarding contributions, and then there’s a second stream that is simpler to integrate. That appeals to a larger range of people, typically because they have a specific problem to solve.”

Since its founding, data has been at the heart of Capital One. We rely on big data and machine learning to drive insights and deliver real-time, personalized solutions to millions of customers, to make banking simple and accessible. www.capitalone.com/tech
Learn More
The latest from Capital One

When working on their memory data grid, the engineers at Hazelcast thought about not only how it was working with the community as a whole, but how contributions from larger enterprises were going to impact its release roadmap. In some open source projects, contributors can often adopt a demeanor of expecting their every pull request or merge to be accepted to a project without question.

For some organizations, particularly those receiving large-scale contributions from other enterprises, this may be impossible to implement. “You kind of find your mix of ways to ensure that people understand what’s going on and that they’ve got ability to feel they have a say and their voice is listened to. You end up with this big tool chest of ways of soldering that for different parts of communities, parts of the process, and the development cycle,” Richards said.

Gamov focuses on getting on the same level as fellow developers, hoping to bolster the community as a whole by attending events such as OSCON and sharing knowledge through giving presentations, noting that, “The most important thing is: I have this kind of mantra in my mind that smart people do not bring other people down, they bring them up.”