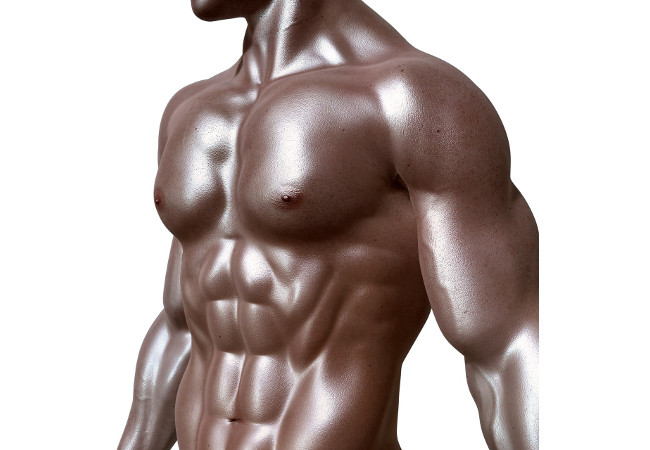 The classic image of the robot is of the stiff, tin-can man, a machine that’s unwieldy and not a little lacking in grace. But today’s roboticists are aiming to create more life-like robots inspired by natural biology; artificial organisms or soft robots that feel and move like the real thing. These more natural-looking robots would be safer to operate around humans, especially in the emerging age of collaborative robots that may work closely side-by-side with humans in offices and factories.

So far, that has meant using a lot of mechanical means to imitate some semblance of biological authenticity. The soft-actuator technologies currently being used in soft robotics typically involve cumbersome pneumatic or hydraulic inflation underneath elastomeric skins, which act to expand or contract these artificial “muscles” to lift and manipulate things. But there are drawbacks: these systems require some kind of pressure regulation mechanism and external compressors to operate, so overall, it still doesn’t look very natural.

But researchers over at Columbia University‘s Creative Machines Lab may have found a solution: a 3D printed, synthetic soft muscle that looks and functions like its biological analog, and one that is capable of lifting 1,000 times its own weight. It’s at least a whopping three times stronger than human muscles and can be manipulated to push, pull, twist and carry out delicate tasks, without any external mechanisms.

“We’ve been making great strides toward making robot minds, but robot bodies are still primitive,” said Hod Lipson, a professor of mechanical engineering who was one of the authors of the paper published in Nature Communications. “This is a big piece of the puzzle and, like biology, the new actuator can be shaped and reshaped a thousand ways. We’ve overcome one of the final barriers to making lifelike robots.”

So what distinguishes this soft muscle from the rest? To start, the team used a material for their soft-actuator muscle that is capable of high strain, high-stress applications at a low density and requires low voltages. Using a silicone rubber material that has been impregnated with ethanol-filled micro-bubbles, this new muscle blends elasticity with the possibility of extreme changes in volume.

This material can be extruded out of a 3D printer into any desired shape, and a metal wire embedded inside to carry a low electrical current through the material, in order to make it move. When tested in experiments, the team’s muscle showed an impressive ability to contract and expand up to 900 percent, with only 8 volts being used, heating it up to 80°C (176°F).

“Our soft functional material may serve as robust soft muscle, possibly revolutionizing the way that soft robotic solutions are engineered today,” said Aslan Miriyev, lead author of the study. “It can push, pull, bend, twist, and lift weight. It’s the closest artificial material equivalent we have to a natural muscle.” 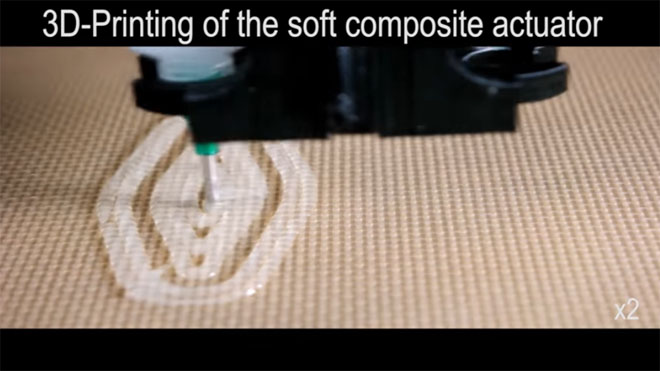 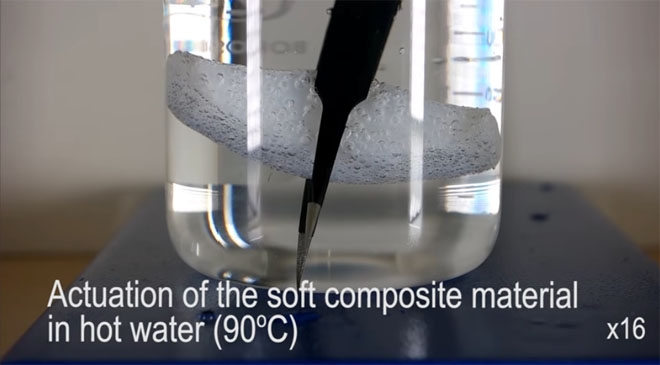 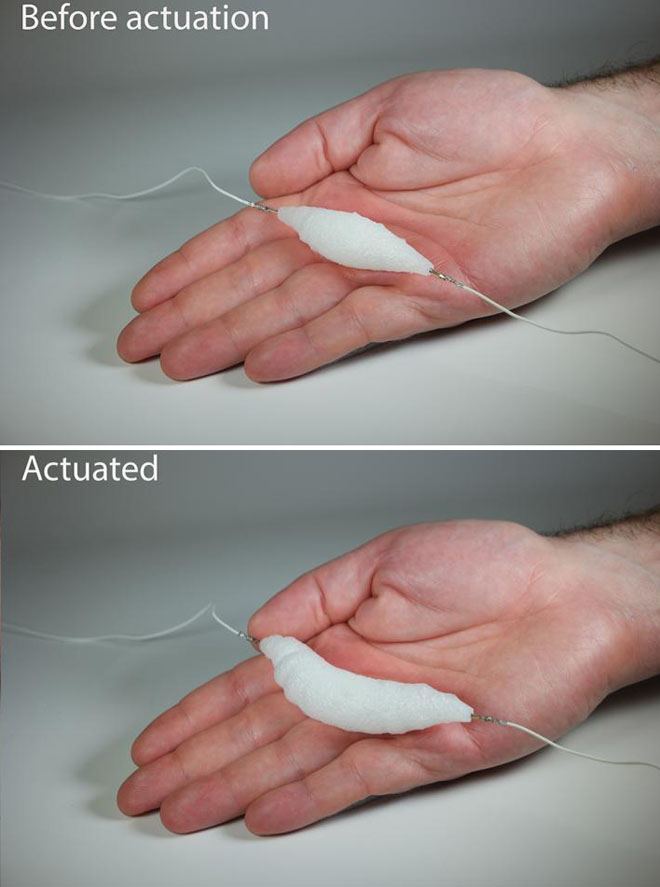 The team notes that the muscle’s efficiency will depend largely on rates heating and cooling, and how roboticists might specify these components in their designs. For instance, one could design a set-up that allows for quicker muscle expansion by using higher electrical current, or a distributed network of heat sources. Alternatively, fast-cooling designs could employ the Peltier effect or some kind of networked channels that carry a cooling agent.

Even more interestingly, in a great opportunity for biomimetic design, the team also proposes looking to nature itself to develop a “biology-inspired solution using agonist-antagonist muscle pairs.” Much like how real muscles are paired in order to perform work in the real world, it’s paired muscles in the arm — the biceps and triceps — that work in tandem so that we can lift things. As one muscle in the pair contracts, the other relaxes. Similarly, this concept of pairing could be adapted into soft robotic designs, in order to reduce de-actuation time — as one robotic muscle bends the arm, the other paired muscle is brought into play, bringing the arm back to a neutral position quickly, instead of waiting for the first muscle to cool down and de-actuate. 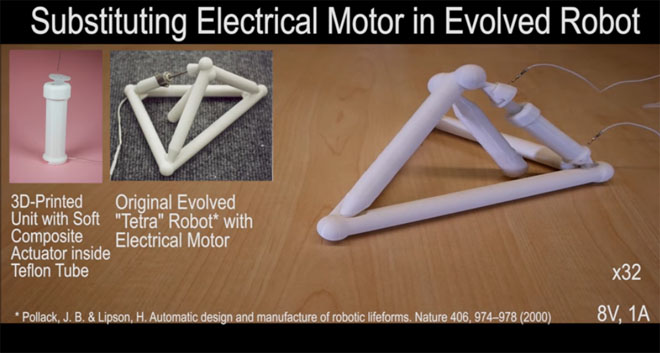 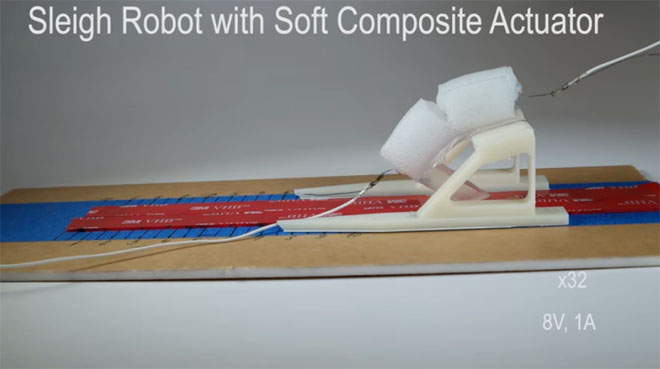 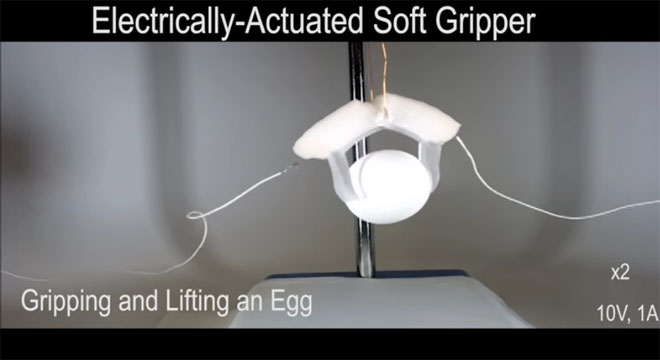 As you can see in the images above, the team’s various design experiments show the wide range of possibilities with this composite material: it could be used to replace motors, used to grip things, or for self-propulsion. Not only is it easy to make things with and eco-friendly, this new material for soft-actuator muscles is also a relatively low-cost option. The team now plans to refine their designs using this material further, with the aim of accelerating response times, improving its durability, and exploring how artificial intelligence might be used to control such a muscle system.

Feature image via Pixabay (Not an actual robot). Other images from Columbia University.

SHARE THIS STORY
RELATED STORIES
Crypto Winter Puts Dampener on Web3 Developer Growth Improve the Quality of Your APIs with Spectral Linting State of the API: Monetizing API Deployment Is on the Rise 5 Security Principles to Guide Your DevSecOps Journey FAA Flight Cancellations: A Lesson in Application Resiliency
SHARE THIS STORY
RELATED STORIES
OpenSSF Aimed to Stem Open Source Security Problems in 2022 How to Get Started Filling 3.4 Million Cybersecurity Jobs Qlik Plans to Acquire Talend. Is it a Data Management Double-Dip? A Platform Team Product Manager Determines DevOps Success Learning Storage and Retrieval with a Hash Function
THE NEW STACK UPDATE A newsletter digest of the week’s most important stories & analyses.
The New stack does not sell your information or share it with unaffiliated third parties. By continuing, you agree to our Terms of Use and Privacy Policy.