Enterprise Metaverse Use Cases (Other Than Digital Twins)

Other than digital twins, what can the metaverse do in an enterprise context? VR business experiences and military training are two use cases.
Sep 6th, 2022 9:07am by Richard MacManus 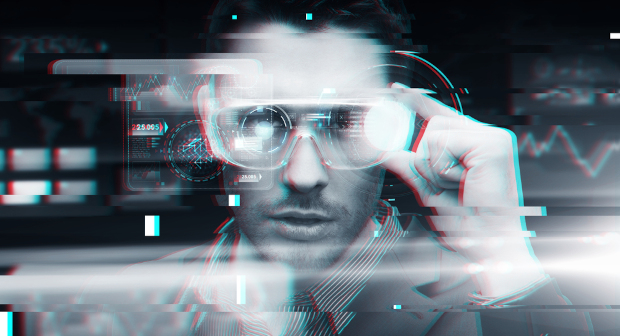 The metaverse has largely been promoted in 2022 as a potential successor to the consumer internet — certainly, that’s the vision Meta (née Facebook) is pitching, but it’s also true of dozens of blockchain-based metaverse projects (like Decentraland and Voxels). However, there are also various flavors of enterprise metaverse projects emerging.

One of the first functional metaverse platforms was Nvidia’s Omniverse, which began in 2019 as a way to create “digital twins” of engineering products. It’s the most obvious use case for an enterprise metaverse — in addition to Nvidia, it’s also how Microsoft has positioned itself in this space. But there are other ways a metaverse platform can be used in an enterprise context. To explore this, I spoke to two organizations: BISim, which is helping to build a metaverse platform for the US military, and Mesmerise, a UK company that sells VR business experiences.

Pete Morrison is Chief Commercial Officer at BISim and for the past 15 or so years has focused on building simulated worlds for military training. Morrison defines the metaverse as “an immersive collective online environment” and further notes that “the wearing of a VR headset is kind of optional and secondary.” Indeed, he advocates for a web architecture for the metaverse — and this is precisely what the US military uses now in its 3D training simulations.

As he explained in a recent article, the US Army has been developing a web-based virtual platform called Synthetic Training Environment (STE) since 2017. “The STE aims to replace all legacy simulation programs and integrate different systems into a single, connected system for combined arms and joint training,” he wrote.

Unlike consumer metaverse products, STE isn’t designed for socializing. Its goal is to enable soldiers “to better train, experiment with systems and rehearse missions.” Morrison thinks this makes STE a more viable metaverse platform than many of the consumer products. “The military has a clear need for this metaverse,” he told me, whereas he thinks consumer companies are just “throwing stuff at the wall and seeing what sticks.”

According to Morrison, web architecture has become increasingly viable for a virtual simulation platform. In previous years, he explained, “it was almost always client-server architectures — you’d have some technology that sits in the middle, passing data between the different connected simulations.” But while that traditional approach worked for years (and still does), it can’t scale like the web, he said.

While much of the US Army’s STE system is (of course) classified, Morrison noted that it uses the open source Cesium 3D rendering engine — built on WebGL — and PhysX by Nvidia for physics-based simulation.

Virtual Reality may not be a prerequisite for the military, but for Mesmerise it is the core of its business offering. Its main product is Gatherings, which allows “enterprises to deliver large-scale gatherings, events or conferences in VR.”

Scott Colebourn is Chief Technology Officer at Mesmerise and has deep experience in the enterprise IT market, after working at Microsoft for 13 years. Like Morrison, he noted that scalability was a key consideration in getting its metaverse platform up and running.

“My background is very much in building scalable software solutions at platform level,” he told me, explaining that Mesmerise has built a solution that gathers large amounts of data in real-time, which it uses to create adaptable virtual experiences.

“That ability to be able to capture behavior data, gaze data, interaction data, and then use that in real-time to dynamically change experiences — and those experiences being these magical immersive experiences — we thought that was a huge opportunity,” he said.

As an example of how immersive experiences are used in an enterprise setting, Colebourn mentioned an event run earlier this year by the investment research company Morningstar, which featured two VR games that taught players about sustainability.

Mesmerise uses Meta’s Oculus for its VR application, with much of its data analytics done via Microsoft Azure. “Our data storage, data analytics [and] business intelligence tools are all on Azure,” said Colebourn. It also uses the Microsoft Teams and Office APIs to integrate with Microsoft’s popular business software.

In terms of content creation, the Mesmerise CMS was designed to enable things like “video PDFs” and “3D PowerPoints,” said Colebourn. Those sound like the most corporate virtual objects imaginable, but Colebourn also talked about the importance of gaming in building out its core enterprise product. He is also CEO of a subsidiary company called Metaphoric Games, which is focused on building consumer games. The goal, said Colebourn, is to take some of the ideas developed in the subsidiary and transfer them into the core enterprise product.

“We are building a game right now where you get to fly a rescue helicopter and rescue these scientists,” he explained. “We can bring that same model and interaction into another context — into training or into team building.”

Conclusion: Use Cases Are Clear, but Formats Vary

Both the US Army’s STE and Mesmerise’s system are clearly works in progress, but what they do show is that there are compelling business use cases already for 3D technology. Simulating a battlefield and attending a corporate training session are two very different things, but they have in common a need to deeply immerse the user into a virtual environment — although for the latter, will that be enough to stop users falling asleep during the 3D PowerPoints?

These two examples also show that while the use cases for virtual simulation in an enterprise setting are clear, the formats vary widely. For the US military, VR headsets are optional — indeed, it seems to be encouraging a browser-based experience, perhaps so the soldiers stay grounded in reality. But for Mesmerise, it is betting on VR headsets becoming increasingly prevalent in business. Which approach is more correct will depend on how the hardware market for the metaverse pans out in the coming years.

Richard MacManus is a Senior Editor at The New Stack and writes about web and application development trends. Previously he founded ReadWriteWeb in 2003 and built it into one of the world’s most influential technology news sites. From the early...
Read more from Richard MacManus
SHARE THIS STORY
RELATED STORIES
Prepping for 2023: What's Ahead for Frontend Developers What Rust Brings to Frontend and Web Development Angular vs. React: How to Choose the Right Framework for You A Leg-endary Year: Top 5 Internet Technology Stories of 2022 JavaScript or WebAssembly: Which Is More Energy Efficient and Faster?
SHARE THIS STORY
RELATED STORIES
Crypto Winter Puts Dampener on Web3 Developer Growth An Inside Look at What GitLab’s Web IDE Offers Developers Angular vs. React: How to Choose the Right Framework for You Learning Storage and Retrieval with a Hash Function Netlify Acquires Gatsby, Its Struggling Jamstack Competitor
THE NEW STACK UPDATE A newsletter digest of the week’s most important stories & analyses.
The New stack does not sell your information or share it with unaffiliated third parties. By continuing, you agree to our Terms of Use and Privacy Policy.