Financing your startup yourself might work if your market is small and lacks much competition. But if you want to grow fast, you may need investors.
Oct 1st, 2021 6:00am by Emily Omier 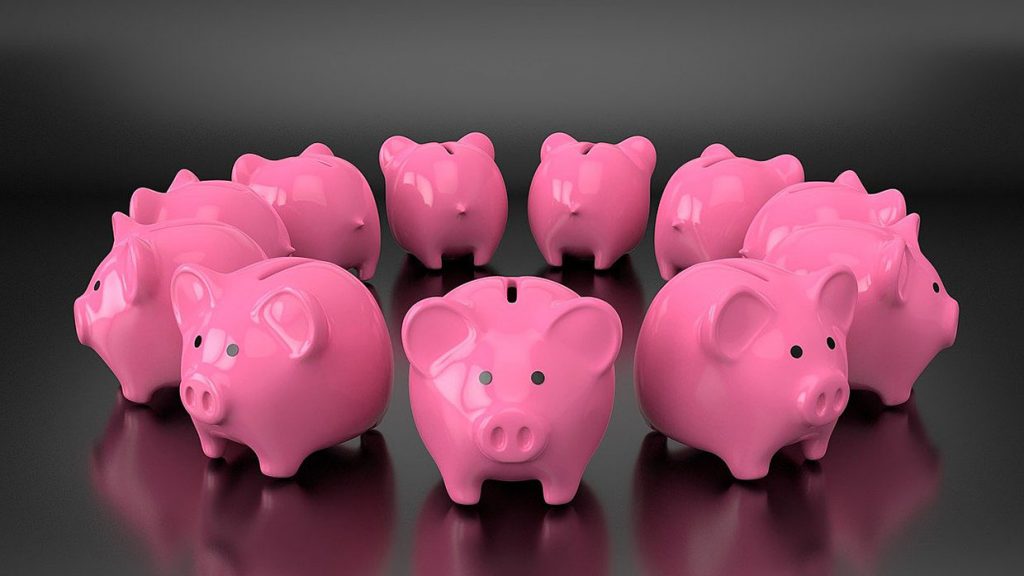 Featured image by 3D Animation Production Company via Pixabay
TNS Annual Reader Survey
We need your input! Take 5 minutes to chime in and help guide our coverage.
Begin the survey
Entrepreneurship for Engineers is a monthly column by longtime New Stack contributor Emily Omier that explores the concerns of developers who want to build tools for other developers — and build a business around their innovations. We welcome your feedback, and ideas for future columns.

When I first set out to tackle the topic of whether startups should take venture capital support or go it alone, I ran into an initial problem: I couldn’t think of any company in the open source and cloud native ecosystem that had been bootstrapped.

This is partially my ignorance, but also reflective of one truth about bootstrapping a company. It is a longer road to fame, and without VC investment, the company will take more time to gain traction in the market.

But that doesn’t mean a bootstrapped company can’t be massively successful.

“I wonder if there’s a little bit of a chicken and egg going on here,” said Vidya Raman, an early-stage investor at Sorenson Ventures. Companies that take money tend to get covered in the press and talk about the fact that they raise money a lot, she said — therefore, everyone hears about them. Bootstrapped companies often have a much lower profile.

If you’re asking yourself if you should take outside investments or not, there is really one key question to ask: What are your goals for the business?

If you hope to build a company that will sell for hundreds of millions of dollars in five years or less, there’s almost no doubt that you need to take outside investment. This investment-to-acquisition pipeline is precisely what the venture capital system is based on.

But let’s take a step backward and remind ourselves that an acquisition in four years is not going to be everyone’s goal. Many people start companies that they intend to run for decades to come — these are sometimes derisively referred to as lifestyle businesses.

And yet, a “lifestyle” business can be extremely profitable, too. “It has nothing to do with how good your business can be,” said Tobias Kunze, CEO and co-founder of Glasnostic. “You can still be amazing and make $100 million a year. You’re still making a killing.”

There are, of course, a handful of companies that have had a spectacular exit without taking venture funding. The most recent example is MailChimp, which was acquired by Intuit for $12 billion this fall. But what made that story so compelling is precisely that it is unusual.

It’s also important to remember that, though the sums are eye-popping, MailChimp was also acquired 21 years after it was founded — a much longer timeline than most venture-backed companies look for either an initial public offering or an acquisition.

“It’s the definition of success that dictates whether or not you want to take venture funding,” Raman said. “You can go after a really difficult problem in the deep tech sector and you can still bootstrap.”

Aside from determining your goals and timeline, it’s important to recognize that some businesses simply aren’t appropriate for venture funding.

“The topmost priority, when judging if something is venture backable or not, is the size of the market,” Raman said. “VC firms understand that, especially at the early stages, some of their startups are not going to succeed. If you go after a big market, then at least there’s some chance that you will have a decent exit.” Others made a similar point, phrased differently: To be interesting for a venture fund, the company should have a path to a billion-dollar valuation.

If the total addressable market for your product is $100 million, for example, there is no way the company will ever raise $100 million. On the other hand, if you’re addressing a multibillion-dollar market, are competing either with big established players or will likely be facing tough competition from other startups, taking venture funding is probably the only way to succeed.

It’s also important to note that bootstrapping versus venture funding is not quite as binary a choice as it seems from the outside. Many companies might bootstrap up to a particular revenue number, then take venture funding to fuel further growth.

Other companies might do the opposite, taking an initial seed or series A round and then fund additional growth through revenue, not an external investment.

One model that’s not uncommon, especially for open source businesses, is to start out as a bootstrapped services company before raising money to focus on a product.

Arun Mohan, founder and CEO of services company Adfolks and the log ingestion and analytics tool Opsbrew, used this approach to bootstrap Opsbrew — though he’s not opposed to taking outside funding for Opsbrew in the future. There are some concrete business advantages of this approach, he said.

“I was using this as an opportunity to try this with dozens of different customers,” Mohan said.

The precise right time for taking venture funding is often about not just business goals but also personal circumstances. Do you have the resources to self-fund the company and get to a certain revenue number first? What is your risk tolerance?

He thinks, however, that for many companies the moment to take outside funding will come. “There is a moment in your business when you have to step on the gas pedal,” he said. “And stepping on the gas pedal means spending and not making money.”

Emily helps open source startups accelerate revenue growth with killer positioning. She writes about entrepreneurship for engineers, and hosts The Business of Open Source, a podcast about building open source companies.
Read more from Emily Omier
SHARE THIS STORY
RELATED STORIES
Low-Code Tools Improve Devs' Work-Life Balance, Survey Finds The Graph of Life in a Post-Relational World Kathleen Booth, Creator of the First Assembly Language Entrepreneurship for Engineers: Painkiller or Vitamin?  Building an Internal Developer Platform Isn't Just about Tools
SHARE THIS STORY
RELATED STORIES
How Security Champions Can Change Your Culture How and Why to Respond to Incidents the Right Way New Book Identifies 26 Lines of Code that Changed the World Fear and Layoffs: How to Cope with Tech’s Uncertain Times What Is a Sociotechnical Knowledge Map and Why You Should Care
THE NEW STACK UPDATE A newsletter digest of the week’s most important stories & analyses.
The New stack does not sell your information or share it with unaffiliated third parties. By continuing, you agree to our Terms of Use and Privacy Policy.