Entrepreneurship for Engineers: Painkiller or Vitamin?

Is it better for a fledgling company to build software that solves an immediate problem or a long-term one? Spoiler: It's complicated.
Nov 25th, 2022 5:05am by Emily Omier 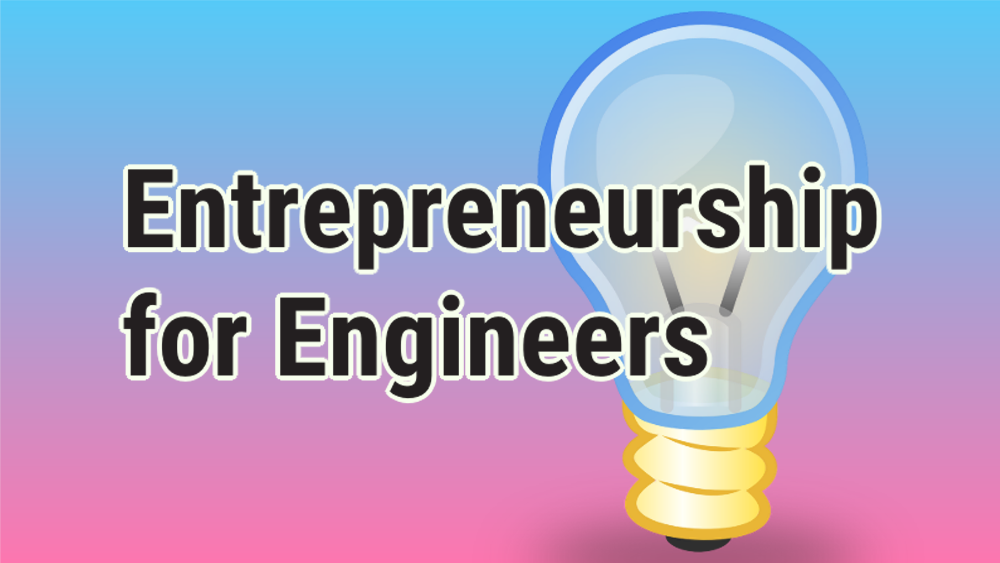 Image by Michelle Maher.
Entrepreneurship for Engineers is a monthly column by longtime New Stack contributor Emily Omier that explores the concerns of developers who want to build tools for other developers — and build a business around their innovations. We welcome your feedback, and ideas for future columns.

When you have a headache, you reach for a painkiller. If you’re a long-term planner who wants to live a long and healthy life, you take daily vitamins. But which is ultimately the most valuable pill?

When we’re talking about building software, there are analogies to the painkiller versus vitamin issue — but they are not perfect. A painkiller product is solving a very immediate pain, whereas a vitamin might be solving a more long-term, less immediate problem.

It’s a usual way to think about your product and different aspects of your product, but even though at first blush it seems like it would always be better to be the painkiller, that’s not really true.

“Why would someone prefer to be a painkiller in a very competitive market with seven competitors doing the same thing and no barriers to entry versus, being a vitamin with a unique value proposition and a strong moat around it?” asked Guillem Sague, partner at Nauta Capital.

In making investment decisions, he said, he looks at whether a company’s product is more vitamin or painkiller, though it is just one of a large array of information he considers.

Whether or not your customers or potential customers view your product as a painkiller or a vitamin matters — and it’s something founders aren’t always good at evaluating for themselves.

“Companies are usually formed when people feel a particular pain in their own operations and stack,” Nitish Malhotra, investment associate at MMC ventures, told The New Stack. As a result, founders tend to assume that others will perceive their product as a painkiller, too, and often overestimate the immediacy of the pain they solve.

For startup creators, being able to correctly evaluate where your product falls on the painkiller-vitamin spectrum is important.

If we think of the painkiller versus vitamin problem as a spectrum rather than either/or, that’s when the vitamin’s weakness becomes clearer.

Chip Ernst, former vice president of sales at SpeedDB and current co-founder at a stealth startup, told The New Stack that he can easily imagine a successful product that is all painkiller — maybe one that helps you recover from a ransomware attack, for example.

But one that is pure vitamin? “I wouldn’t want to be selling that,” he said.

On the other hand, that pure painkiller often struggles to win loyalty. A product that is only used periodically to solve a pressing, immediate problem could build a successful company, but probably not a loyal community. Ernst described a pure painkiller as a “one-dimensional” product that would have weaknesses, too.

Nonetheless, when you’re solving a long-term problem or one that companies anticipate having in the future, it can be easy for companies to postpone the purchase, which means longer sales cycles and lower close rates.

Price sensitivity can also be a sign that the product isn’t solving a pressing need. That’s not good for a company’s health, and if you’re seeing those signs it’s possible that your product is more vitamin than you think.

Sometimes it’s actually quite hard to tell from the outside whether your users and buyers will consider your product a vitamin or a painkiller, a nice-to-have or a must-have. And it can depend on which persona you’re focusing on, too.

For example, a cybersecurity product might look an awful lot like a vitamin: it is preventative, allowing the company to follow best practices, but not really killing any immediate pain.

Or is it? If you’re, say, the chief information security officer who has to make a presentation to the board about how the company is prepared for security attacks, then that cybersecurity software is absolutely a painkiller.

A buyer who has experienced the pain that a “vitamin” prevents could also see the vitamin purchase as an absolutely must-have — especially if the pain it prevents hurts a lot. In those cases, you won’t have much luck selling to people who haven’t had that specific experience, and probably need to tailor your audience to those who have.

Beyond Painkillers and Vitamins

Products don’t just solve problems — they make people feel a certain way and can become part of their identities. If all products were purely utilitarian, there would be no market for sports cars — no one needs a Ferrari to get from point A to point B.

“I think this is the missing ingredient to a lot of product thinking,” said Kit Merker, chief growth officer at Nobl9, a service-level objective platform. “We tend to think about product-market fit as being, ‘Can I solve a problem?’

“I think there’s a more sophisticated way to think about it, which is, ‘Can I engage a personality?’ ‘Can I engage a community and let people do something they never even thought was possible?’”

This can be just as true of enterprise software as it might be of iconic consumer brands, too — and the ability to become part of users’ identities is one of the strengths of open source and open source companies.

People can come to identify with a software — calling themselves “kubernauts,” for example, or going to HashiConf or just accumulating stickers of their favorite software to put on their laptops. Successful technologies can become a core part of people’s professional identities: There are armies of Salesforce specialists whose whole career is tied to one company’s platform.

So what are the important takeaways for a founder or potential founder? First of all, founders tend to overestimate the immediacy of the problem they solve, and being aware of how your users or customers perceive the problem is important.

Being clear about who exactly your users are and where their pain comes from is critical to understanding how they think about the problem and what the actual proximate pain is — is it an attack, or is it feeling humiliated during a presentation to the board?

Lastly, truly great products solve a problem but also do more than that — they become part of people’s identity and change how they feel. They don’t just alleviate pain; they make their users feel like superheroes.

Emily helps open source startups accelerate revenue growth with killer positioning. She writes about entrepreneurship for engineers, and hosts The Business of Open Source, a podcast about building open source companies.
Read more from Emily Omier
SHARE THIS STORY
RELATED STORIES
Fear and Layoffs: How to Cope with Tech’s Uncertain Times Low-Code Tools Improve Devs' Work-Life Balance, Survey Finds A Guide to Better Developer Experience New Book Identifies 26 Lines of Code that Changed the World The Graph of Life in a Post-Relational World
TNS owner Insight Partners is an investor in: The New Stack.
SHARE THIS STORY
RELATED STORIES
Snack Stack: If Programming Languages Were Desserts ... A Guide to Better Developer Experience What Is a Sociotechnical Knowledge Map and Why You Should Care Kathleen Booth, Creator of the First Assembly Language eBay: Betting on Open Source Is Great for Your Business
THE NEW STACK UPDATE A newsletter digest of the week’s most important stories & analyses.
The New stack does not sell your information or share it with unaffiliated third parties. By continuing, you agree to our Terms of Use and Privacy Policy.