Entrepreneurship for Engineers: How to Build a Community

Open source startups can benefit from forming a community around their products but nurturing that audience takes time and effort. Here are some tips.
Mar 4th, 2022 3:00am by Emily Omier 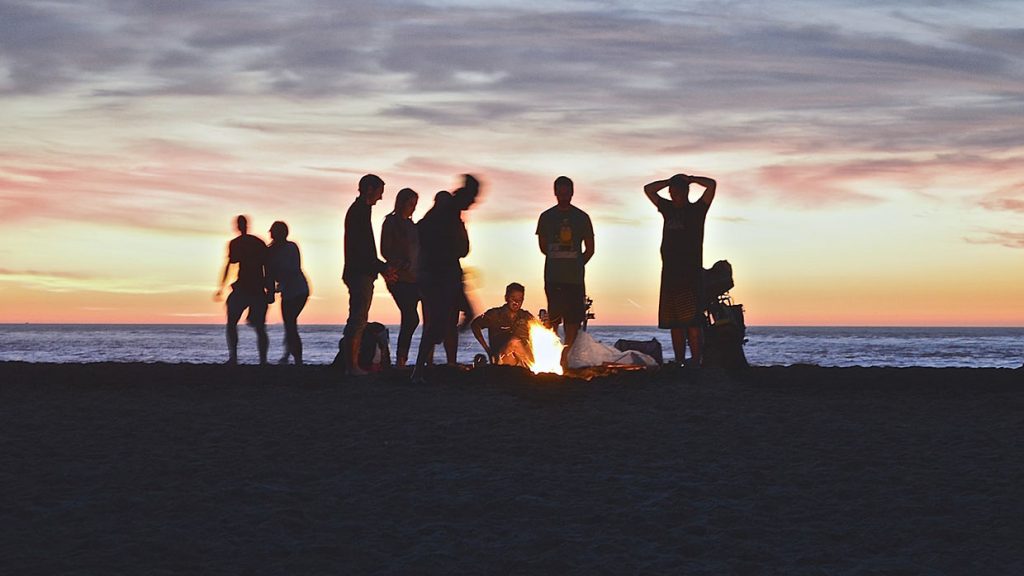 Featured image by Kimson Doan on Unsplash.
Entrepreneurship for Engineers is a monthly column by longtime New Stack contributor Emily Omier that explores the concerns of developers who want to build tools for other developers — and build a business around their innovations. We welcome your feedback, and ideas for future columns.

There’s a lot of chatter about community building and how it helps for-profit companies — especially open source startups. This month, I wanted to take a closer look at that. Is it really necessary? And if you do go about building a community, what strategies and tactics should you follow?

First of all, even open source startups do not necessarily have to build communities around their products — commercial success is possible even without a true community. While building community has massive benefits (we’ll get there in a minute), it’s not easy, either.

“Communities are hard, most of them fail,” said Jono Bacon, a community building consultant.

You won’t reap the benefits of a community without real dedication to building that community, which means you shouldn’t expect a straight line from community growth to revenue. Growing a community requires a different mindset.

“I’ve met a lot of companies in the past who wanted to open source a bit of technology,” Bacon said. “But what’s clear in the subsequent conversations is that they just want to put code on the internet because they hope that it’s going to drive leads. If that’s your intention, you have no hope in building a community.”

Community, done right, can be a powerful tool for any company, open source or not.

“If you have a group of super users, people that are really passionate, they’re the ones that then start speaking about your product at conferences, tweeting about it, things like that,” said Jana Iris, who ran HashiCorp’s community development effort from 2015 through its initial public offering in December, and is now head of community at PlanetScale.

“It extends your reach and also opens up really valuable channels for feedback.”

A nurtured community is also much more forgiving of mistakes than people who have a purely transactional relationship with the company. “It builds empathy and trust,” Iris said. “When you have a bad deploy, or maybe you have a bug in your product, you don’t want people to go away.”

So what makes a good community? How do you start?

Let’s start by managing expectations: community building is a long-term investment. Like many investments, rather paltry immediate “returns” can turn into huge assets for the company over several years.

Iris gives the example of HashiCorp, which had around 300 people turn up for the company’s first user conference (at a time when HashiCorp had about 20 employees). That might seem like a disappointing turnout. However,  she said, “we kept engaging, so those 300 people, six years later, ended up becoming our largest customers, our core contributors, employees, our biggest advocates.”

This doesn’t mean that it always takes six years to see results, but rather that the results, like interest, are rather unimpressive at first but compound exponentially.

“It’s hard to balance building something that you don’t see the results of right away with the kind of demand that you get from your investors or your sales team,” Iris said.

You probably already know that understanding and being able to articulate your product’s value proposition is critical to successful sales and marketing — but your community needs to add value, too, above and beyond the value that the product/project provides.

“No one wakes up in the morning and thinks ‘I’m going to go and answer questions on the internet,” Bacon said. People need to get something out of participating in the community that they can’t get anywhere else.

“People love the community aspects,” said Ketan Umare, co-founder and CEO of Union.ai, the company behind Flyte, an open source workflow automation platform for data and machine learning processes, and his experience building a community with a value proposition above and beyond the project’s value.

“We guarantee you that in the community, there is somebody to listen to your problems,” Umare said. “It creates this feeling that you are not alone.”

Remember: It’s Not About You

A core part of getting the value proposition right is understanding that the community cannot just be about your company and your project. You need to make it about the pain points that your audience is experiencing, and helping them solve those challenges.

People will want to talk about things that aren’t strictly related to your product, and that’s OK.

“I’ve met a lot of companies in the past who wanted to open source a bit of technology. But what’s clear in the subsequent conversations is that they just want to put code on the internet because they hope that it’s going to drive leads. If that’s your intention, you have no hope in building a community.”

So on the product’s community forums, you’ll find discussions about intermittent fasting, the right protein levels in diet, how to get in the best runs, etc. None of those topics are really about Fitbit, but they show how Fitbit is part of this larger goal.

“Sometimes companies make it too much about themselves,” Iris said. Community has to be about empowering others and recognizing that your product is likely just one piece of the overall solution to their problems.

It’s also, Bacon said, about recognizing the many layers of motivations a person might have. For a developer tool, for example, an engineer might have a specific use case in mind — a need to solve for scale, a need to manage several clusters easily, a need to streamline security.

But those same engineers will also have other motivations, like wanting to advance their career, an opportunity to work on something meaningful, or wanting to mentor others or be mentored themselves. The most successful communities recognize the many layers of motivations and give community members something for both.

Before you can really understand what pain points someone might turn to your community (and your product) to solve, you have to understand who you’re talking to.

“A lot of people say, ‘I’m going to build a community for developers,’” Bacon said. “But, we need to go to the next level of detail.”

Then you have to think about what specific pain points someone in your very specific audience is going to experience — and the more acute the pain, the more likely the community will be a success.

The easiest thing to do is ignore your community. If you want to break through people’s inertia, it’s important to have a value proposition that is compelling enough.

Understanding your audience is also critical to being aware of your weaknesses. According to Umare, that understanding has been crucial to designing Flyte’s community.

Part of the challenge is that Flyte sits at the intersection of the Cloud Native Computing Foundation/Kubernetes community and the machine learning specialists, data engineers and data scientists.

Union.ai’s community strategy with Flyte, according to Umare, includes ensuring that everyone feels welcome, even if they don’t have experience with Kubernetes, for example. This means taking everyone’s questions seriously, even if they seem basic.

This “no question too basic” approach is a best practice for building communities that are inclusive in the full sense of the word, by recognizing that there will be a variety of knowledge and skillsets in your community but everyone has a valuable contribution.

Tell People About the Community

Spread the word. “Open source is about marketing,” Umare said. “A good product is not enough for open source.” This means, in addition to marketing, having a strong point of view that will attract the right people to your community.

How does this play out? First of all, focus on the docs. “Many people judged the product completely based on documentation,” he said. After seeing that people would leave its website without even trying out Flyte, he directed engineering resources away from product development to focus on improving the docs. It paid off.

Second, engage. When HashiCorp first released its development environment Vagrant, according to Iris, downloads really started increasing when the founders started speaking at meetups, going to conferences, talking to people and answering questions.

“When you’re a two-person startup, you have to start from the beginning, like talking to people on Twitter,” Iris said. “It’s hard being a founder. You have to raise money and do messaging and sales and build community. But I think people are realizing that you have to do community building at the beginning.”

Emily helps open source startups accelerate revenue growth with killer positioning. She writes about entrepreneurship for engineers, and hosts The Business of Open Source, a podcast about building open source companies.
Read more from Emily Omier
SHARE THIS STORY
RELATED STORIES
It Happened to Me: How I Suddenly Owed AWS $13,000... Entrepreneurship for Engineers: Avoiding Feature Bloat Why 'Explainable AI' Can Benefit Business How Will Working in Tech Change in 2023? Snack Stack: Turning Winter Comfort Food up to 11
The Cloud Native Computing Foundation and HashiCorp are sponsors of The New Stack.
TNS owner Insight Partners is an investor in: PlanetScale.
SHARE THIS STORY
RELATED STORIES
2022 in Review: AI, IT Armies, and Poems about Food Wellspring of Creativity: Why Public Domain Matters Why Your Code Sucks: Common Excuses for Bad Programming CES 2023: Robots, Astronauts, Schwarzenegger and Flying Cars How Jit Builds a Platform Engineering Mindset in the Cloud
THE NEW STACK UPDATE A newsletter digest of the week’s most important stories & analyses.
The New stack does not sell your information or share it with unaffiliated third parties. By continuing, you agree to our Terms of Use and Privacy Policy.