Entrepreneurship for Engineers: How to DIY Your DevRel

For technical startups, early marketing efforts are mostly developer relations — and it's up to the founders to do it. So how should you get started?
May 7th, 2022 5:00am by Emily Omier 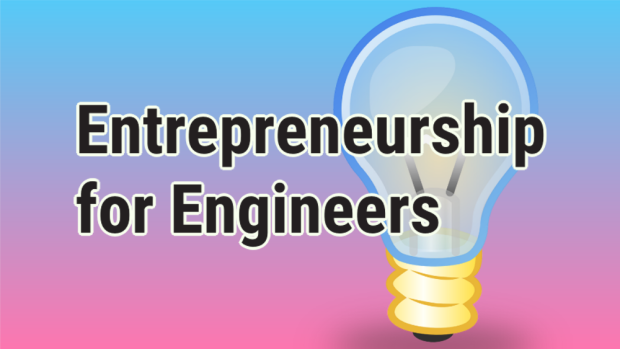 Featured image by Michelle Maher.
TNS DAILY
We're launching a new daily news service! Beginning March 1st, you can receive a free daily roundup of the most recent TNS stories in your inbox. Pre-register now, never miss a story, always stay in-the-know.
Entrepreneurship for Engineers is a monthly column by longtime New Stack contributor Emily Omier that explores the concerns of developers who want to build tools for other developers — and build a business around their innovations. We welcome your feedback, and ideas for future columns.

For technical startups, early marketing efforts are often indistinguishable from developer relations (DevRel). And it’s the founders who are responsible for doing it. So what is DevRel and how should you get started?

The essence of DevRel is being the face of your organization’s technology, solving developers’ problems and educating them about potential solutions and best practices. Developer advocates are generally the people who talk at conferences, write blog posts, host webinars, answer questions on Discord/Slack, and talk to open source users and customers.

In other words, they do everything that a founder does in the early days of a startup. When thinking about what you should do as a founder to build awareness for your new company, many of the tactics you should use are classic developer relations.

Technical founders are ideally suited to do-it-yourself DevRel. First of all, most technical founders have a product that is addressing a problem they personally struggled with as an engineer. This gives them credibility to talk about the pain points that exist and how an open source project or commercial product could solve them.

So how should you think about DevRel as a founder? Let’s dive in.

While your fledgling company may be in stealth mode, that doesn’t mean you can’t start your DevRel program now. Starting founder-led developer relations well before the company launches, giving the launch a much greater chance of success, said Austin Gunter, director of product marketing at Primer.ai and formerly at Gremlin and Ambassador Labs.

According to Gunter, before Gremlin was introduced to the public, Kolton Andrus, Gremlin’s chief technology officer and founder “had already spent a couple of years investing in how he was positioning and messaging the company, chaos engineering and himself. The impact is that by the time Kolton wanted to publicly launch Gremlin, he already had brand momentum on this topic.”

Early DevRel does look a little different from what it will become later, because of the focus on building authority for the founder, rather than the company, especially if the company is still in stealth mode. Early DevRel for open source startups usually then moves to focus primarily on the open source project, so any product-specific DevRel is often the third iteration of the DevlRel program.

“There’s a ton of organic activities that aren’t paid, so are great DIY ways to get out into the community,” said Kiersten Gaffney, chief marketing officer of Codefresh, a software-delivery platform.

Here are some ways that technical founders can start doing DevRel on their own, perhaps even before leaving a day job.

One thing to note about DevRel — it’s OK to divide and conquer. If you have multiple founders, it’s normal for one (probably the most extroverted) to take on most of the DevRel work, leaving the others to work on something else. There are many, many demands on founders’ time, and the company really only needs one public face at the beginning.

As the company matures, launches out of stealth mode and adds a commercial product, there are some things that have to change.

Taking this approach means it will be easy for people to make the jump from learning about your open source project to understanding why they might want to pay you for something.

At some point, most technical product startups will end up hiring someone to do DevRel full time. But even then, founders shouldn’t totally neglect developer relations — they often remain the company’s face and continue speaking at conferences and even jumping into Slack channels until they’ve left the company.

“It’s never your product that makes or breaks your business, past a certain point,” Gunter said. “It’s always your go-to-market motion.”

For technical companies, especially open source companies, developer relations will always be a huge part of that go-to-market strategy.

Emily helps open source startups accelerate revenue growth with killer positioning. She writes about entrepreneurship for engineers, and hosts The Business of Open Source, a podcast about building open source companies.
Read more from Emily Omier
SHARE THIS STORY
RELATED STORIES
Gorilla Toolkit Open Source Project Becomes Abandonware Wellspring of Creativity: Why Public Domain Matters What TypeScript Brings to Node.js Why Web3 Needs a Real-Time Data Layer Now More Than Ever What to Do When You Don’t Have Time to Test Your Microservices
Ambassador Labs is a sponsor of the New Stack.
TNS owner Insight Partners is an investor in: The New Stack, Ambassador Labs.
SHARE THIS STORY
RELATED STORIES
Google Roadmap: Flutter to Integrate with JavaScript, Wasm Netlify Acquires Gatsby, Its Struggling Jamstack Competitor Redis Looks Beyond Cache Toward Everything Data Wellspring of Creativity: Why Public Domain Matters Improve the Quality of Your APIs with Spectral Linting
THE NEW STACK UPDATE A newsletter digest of the week’s most important stories & analyses.
The New stack does not sell your information or share it with unaffiliated third parties. By continuing, you agree to our Terms of Use and Privacy Policy.