Ethereum’s Big Day: How the Merge Will Impact Web3 Developers

The future of blockchain apps hinges on the success (or not) of the move to proof-of-stake. We talk to a key member of Ethereum's Merge team.
Sep 14th, 2022 6:21am by Richard MacManus 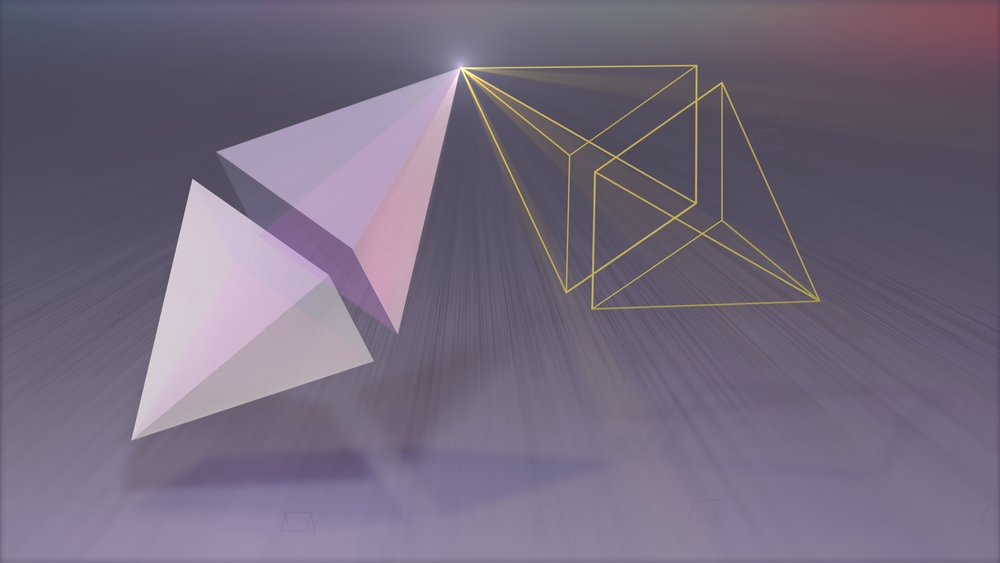 It’s a milestone week for blockchain technology, as Ethereum moves from the environmentally damaging proof-of-work (PoW) consensus mechanism to the energy efficient proof-of-stake (PoS). In a project nicknamed “the Merge,” Ethereum will first bring together the two consensus mechanisms, and then drop PoW completely once PoS has taken over. The Merge is predicted to complete on late Wednesday evening PT (there’s a Google widget you can track for the countdown).

It’s not hyperbole to say that the future of the trend known as “Web3” — blockchain-based web applications — hinges on the success (or otherwise) of the Merge. So in advance of Wednesday night’s transition to PoS, I spoke to one of the key members of the Merge team: Ben Edgington from ConsenSys, the leading software development company for Ethereum.

Edgington has been working on the Merge project for the past four years and is also product lead of a PoS consensus client called Teku. Prior to ConsenSys, he’d worked for nearly two decades at Hitachi, rising to become Head of Engineering for its Europe division.

What Devs Need to Know about the Merge

The Merge will primarily impact miners, who will need to “stake” 32 ETH (currently equivalent to US$50,000) and become validators if they wish to continue in the Ethereum ecosystem. For developers of decentralized web applications — so-called “dApps” — the impact will be more subtle.

“One of the nice things about the way this has come about is that it is minimally disruptive to anyone currently running applications,” said Edgington. “There’s a very small list of user-visible changes, most of which are very positive. So for example, block times on Ethereum are currently random under proof-of-work — they average 13 or so seconds, but you don’t know if the next block is coming in one second or in a minute. Under proof-of-stake, it’s like clockwork — every 12 seconds, you get a block. So that will help with user experience and predictability.”

However, this doesn’t necessarily mean that end users will see an improvement in the speed of dApps — which has been one of the many issues in Web3 to date.

“There’s a tiny bump in throughputs, a few percent,” said Edgington, but the Merge is more about laying the foundation “for future scalability gains.” Dapp users won’t see significant gains in speed until the Ethereum Foundation implements the next stage of its project: sharding, which is when the main blockchain gets divided into multiple blockchains. This isn’t expected to happen until 2023 or 2024.

“This is only about getting to proof-of-stake at this point,” noted Edgington, about the Merge. “We have a parallel scalability work in progress; but as yet, no big change.”

The same situation applies to “gas fees,” the often outrageously high transaction fees that have plagued dApps in recent years. However, Edgington says that Layer 2 blockchains and rollups are an effective solution to that for now, until the sharding project is implemented in a year or two. A rollup in this context is when a transaction takes place on a faster, cheaper “Layer 2” chain (such as Polygon or Arbitrum) and is then transferred back to the parent “Layer 1” chain.

“A couple of years ago now, this concept of a rollup emerged,” explained Edgington, “which is secured by the base Ethereum chain, but its footprint on the base Ethereum chain is much lower.” He likens rollups to putting up skyscrapers in Manhattan, as opposed to putting up one-story buildings. “It’s the same [amount of] land,” he said, “but you have a density which is much, much higher — and that’s effectively what rollups are doing. Each rollup is like a skyscraper on the same piece of layer one infrastructure. Those exist today.”

Another common issue with blockchains is their security — or lack thereof, especially when it comes to external blockchains that “bridge” with Ethereum (cough, Solana!).

At first glance, the PoS model seems to suggest an increased risk of attacks, because the power to validate in PoS accrues to those with the most ETH. So, theoretically, a rich bad actor (or, more likely, a group of bad actors banding together) could implement a 51% attack, or flood the network with blocks to cause chaos, or find some other way to overwhelm the network. However, the Ethereum Foundation has come up with an ingenious solution to this: slashing.

“If a validator attacks the network, their staked ETH will be burnt and their access to the network will be revoked,” ConsenSys explained in a recent report.

“The [PoS] protocol has rules about what validators are allowed to do,” said Edgington, “[and] what good behavior looks like. So if I produce two blocks that contradict each other, which are both signed by my key and only I have my key, the protocol can automatically detect that and can punish me. It puts a cost on that. And it does that by taking away some of my stake — maybe all of my stake — and then ejecting me from the protocol. So this is a very, very powerful mechanism.”

How the Merge Came about

For all the skepticism that blockchain and Web3 have engendered in the tech industry, a great deal of engineering work has gone into the Merge. As Edgington points out, Ethereum has been working towards a proof-of-stake model since 2014. Ethereum co-creator and Visionary-in-chief Vitalik Buterin wrote a long post about the concept in July 2014, and in December 2020 the Beacon Chain was launched (this is the proof-of-stake chain that is about to be merged into the Ethereum Mainnet).

“It’s kind of hard to put a start date on Merge stuff,” Edgington said, “because it’s been a project that sort of evolved.” When Edgington joined ConsenSys in October 2017, he began working on the “Ethereum 2.0 R&D Team” — which had been tasked with building a PoS solution. This team ran through “a couple of iterations” of a PoS plan, before the project that became known as the Merge solidified in late 2020.

“The concept of the Merge as it now exists came up around 18 months ago,” he explained. He credits Mikhail Kalinin, Lead Researcher at ConsenSys R&D, as the brains behind the project. In November 2020, Kalinin outlined the architecture for the Merge in a post entitled “Executable beacon chain.”

Will PoS Quiet the Haters?

There’s little doubt that, if it succeeds, the transition to PoS will be a major improvement over the much-reviled PoW. According to the Ethereum Foundation, PoS will reduce energy wastage by 99.95%. But will that be enough to change the perception of blockchain in the tech industry?

“It’s a huge amount of power and carbon emissions that we are taking out of the system by moving to proof-of-stake,” Edgington replied, “and really, the power usage becomes trivial in the grand scheme of things, post-Merge. So I very much hope that will change the narrative.”

Edginton added that “crypto has a lot of haters for all sorts of rational and irrational reasons,” but over time he thinks a PoS-based Ethereum “will demonstrate utility, the hype bubble will be less, and applications will prove their worth; and eventually, like technologies down the ages, it will become an accepted part of the IT infrastructure of the world. But meanwhile, it’s a bit of a roller coaster.”

It’s not just crypto haters that Ethereum needs to worry about. The Merge is merely part one of a long roadmap leading (its advocates hope) to a blockchain that is much more efficient to run apps on. According to Buterin, following the Merge will be a variety of other upgrades which he called “the surge, verge, purge, and splurge.” So it could be several years before Ethereum is considered complete.

Meanwhile, we have new L1 blockchains emerging, such as Neal Stephenson’s Lamina1, which is being pitched as a blockchain for metaverse developers. I asked Edginton whether he is worried about how long it will take to turn Ethereum into a fully functional developer platform, given how fast the tech industry moves?

“We have this decentralized, distributed development model, where different teams are involved with their own interests or own competing goals, and we coalesce around a specification and have a process to improve Ethereum,” he replied. “And it’s noisy, it’s inefficient, it’s slow — but the outcomes are really, really good. And that’s what matters in the end.”

He added that this slow and steady approach “is why Ethereum survives, whereas the ones that come out of a lab, produced as the immaculately conceived blockchain protocol, always fail — always. We’ve seen it time and time again.”

According to Edgington, community is key; and developers are the base layer of Ethereum’s community. “We model the development of the system as a community of devs,” he said, “that builds a community of supporters and investors and participants and users around it, which just seems to have a momentum that’s unstoppable.”

Richard MacManus is a Senior Editor at The New Stack and writes about web and application development trends. Previously he founded ReadWriteWeb in 2003 and built it into one of the world’s most influential technology news sites. From the early...
Read more from Richard MacManus
SHARE THIS STORY
RELATED STORIES
Anil Dash on Mastodon Joining Fastly’s Open Source Program Google Roadmap: Flutter to Integrate with JavaScript, Wasm How to Work with Protocols and Get Started with ActivityPub Pro Coders Key to Stopping Citizen Developer Security Breach Why a Twitter Founding Engineer Is Now All-in on Mastodon
SHARE THIS STORY
RELATED STORIES
An Inside Look at What GitLab’s Web IDE Offers Developers A Leg-endary Year: Top 5 Internet Technology Stories of 2022 JavaScript or WebAssembly: Which Is More Energy Efficient and Faster? Google Roadmap: Flutter to Integrate with JavaScript, Wasm Angular vs. React: How to Choose the Right Framework for You
THE NEW STACK UPDATE A newsletter digest of the week’s most important stories & analyses.
The New stack does not sell your information or share it with unaffiliated third parties. By continuing, you agree to our Terms of Use and Privacy Policy.