Ethereum recently switched over cryptocurrency validation system to "proof of stake," which replaces the older "proof of work" system, which became unsustainable as the energy consumed by the process became a strain on electric grids
Sep 30th, 2022 12:51pm by Agam Shah 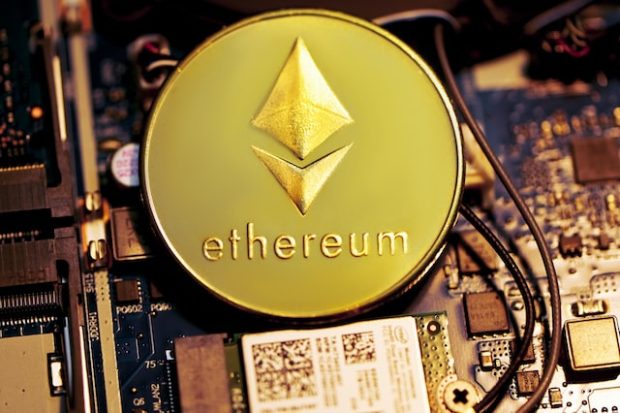 Ethereum recently switched over the cryptocurrency validation system to “proof of stake,” which replaces the older “proof of work” system, which became unsustainable as the energy consumed by the process became a strain on electric grids. Ethereum mining consumed more energy than Finland does annually.

“This completed Ethereum’s transition to proof-of-stake consensus, officially deprecating proof-of-work and reducing energy consumption by ~99.95%,” the Ethereum organization said on its website. The full transition to the newer validation system, called “The Merge” was completed on Sept. 15.

Ethereum, like Bitcoin, uses the blockchain for peer-to-peer transaction processing, which eliminates the need for a central clearing house. Ethereum generated about 80 terawatt-hours of electrical energy per year as of Aug. 20 and should fall to 0.01 terawatts-hours, according to Digiconomist.

The older proof-of-work system rewarded Ethereum crypto to miners that solved complex mathematical problems and added transactions to the distributed ledger. The validation involves running an algorithm and the SHA-256 cryptographic hash function, and miners with the fastest hardware stood the best chance to earn Ethereum.

Mining farms cranked up the speed to generate crypto by regularly upgrading to the latest and great hardware, which also required more energy. On top of that, the server farms, which ran 24 hours a day, generated a lot of heat and needed power-hungry cooling systems. Bitcoin, which uses proof-of-work, consumes about 175 terawatts-hour of electricity, which is equal to the annual consumption of Argentina.

Miners scalped up hardware like GPUs, which caused shortages and prices to go through the roof. In an attempt to direct more GPUs to mainstream gaming and commercial audiences, Nvidia and AMD disabled GPU mining functions through software updates.

Ethereum’s newer proof-of-stake system gives validation rights to those who stake their own Ethereum crypto. Those who bet more crypto stand a better chance of earning validation rights. It is a more energy-efficient way of earning cryptocurrency as it virtually eliminates mining.

Ethereum’s transition to proof-of-stake has affected companies that made massive investments in server farms dedicated to mining cryptocurrency. These companies are now finding ways to repurpose the mining hardware. The availability of hardware could lead to a surge in software development efforts around artificial intelligence and blockchain-driven transactions in the metaverse.

One such company is Hut 8 Mining Corp., which is pivoting its Ethereum mining hardware to run Web3 applications.

In a filing with the U.S. Securities and Exchange Commission earlier this month, Hut 8 Mining said that 180 Nvidia GPUs in its data center mining Ethereum “will be designed to pivot on demand to provide Artificial Intelligence, Machine Learning, or VFX rendering services to customers.”

Hive Blockchain Technologies said its legacy AMD RX580 GPUs, which have been in use since 2018 to mine Ethereum, could be transitioned over to next-generation ASIC miners to mine Bitcoins. The AMD GPUs have “paid for themselves many times over, thus marking a successful venture in GPU mining,” the company said.

The company also has 38,000 professional-grade GPUs from Nvidia, which have been used to mine Ethereum. Hive is now running a pilot at a Tier 3 data center to transition some of those GPUs away from mining Ethereum to offering more cloud computing and AI services.

Bit Digital — which dedicated its server farms to mining Bitcoin — in an SEC filing this month said it would diversify into validation Ethereum and the proof-of-stake system. The company said an investment as an early staker will give it a better chance of earning Ethereum, which the company said would become the base of the smart-contract system in Web3 applications and economy.

Agam Shah has covered enterprise IT for more than a decade. Outside of machine learning, hardware and chips, he's also interested in martial arts and Russia.
Read more from Agam Shah
SHARE THIS STORY
RELATED STORIES
Jamstack Panel: How the Edge Will Change Development Microsoft Aims to Bring DevOps Discipline to Web3 Cloud Lessons to Help Developers Improve ESG Impact Augmented Reality Is the New Frontier — Time to Get Serious about Standards 'Gatsby Killer' Next-Drupal Brings Headless to Drupal CMS
TNS owner Insight Partners is an investor in: Bit.
SHARE THIS STORY
RELATED STORIES
How Web Tech Got This Way and How It May Evolve in the Future Twitter Turmoil: We Need an Open Protocol for Public Discourse Jamstack Panel: Multiple JavaScript Frameworks Are a Good Thing Jamstack Panel: How the Edge Will Change Development Software Developer Tool for Quantum Computers Launching Soon
THE NEW STACK UPDATE A newsletter digest of the week’s most important stories & analyses.
The New stack does not sell your information or share it with unaffiliated third parties. By continuing, you agree to our Terms of Use and Privacy Policy.