Europe Gets Cloud Marketplace That Actually Has Chance of Survival 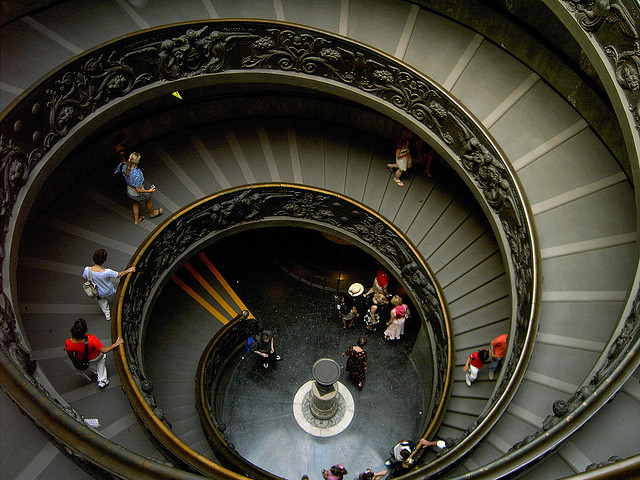 Shopping for a cloud service in Europe is about to get a lot easier, thanks to a new exchange initially developed to serve the computing needs of CERN and other giant European research organizations.

The Helix Nebula Marketplace (HNX) is scheduled to launch this month. Developers will be able to visit the site to shop for, buy, use, and manage cloud services. Providers that are participating in the marketplace include CloudSigma; Canopy, the cloud provider built by VMware, EMC and Atos; T-Systems; and Interoute.

There have been a number of other attempts at building exchanges but none has come to much. Enomaly was one of the first but it, like others that followed, was limited by requiring participating cloud providers to use its technology. Rackspace and VMware have similarly planned cloud exchanges for providers that use their technologies. Last year Deutsche Borse also announced plans to launch an exchange; its Web site now says it’s accepting applicants for a beta trial.

What could set the Helix Nebula Marketplace apart from those previous attempts is that at launch it already has significant buyers and cloud suppliers involved. “The thing that was missing [in the past attempts] was demand from customers,” said Robert Jenkins, CEO of CloudSigma. In the case of Enomaly’s marketplace, he took a look at the service and said it was clear nobody was using it to shop for services. That meant providers like CloudSigma likely wouldn’t be interested in participating because it takes some work to be included in an exchange, he said.

“It’s early days for HNX but one thing from the beginning is the fact that three of the largest consumers of infrastructure in Europe area all committed to using it for procurement,” he said.

Helix Nebula has actually been in operation for a couple of years, serving the needs of CERN, the European Molecular Biology Laboratory and the European Space Agency. Researchers at those organizations sometimes require huge amounts of processing power but often only for a limited time period. They can save money by using public clouds, paying only for what they use.

The Helix Nebula Marketplace is now open for anyone to use. The launch seems to focus on the potential for research and government organizations but the marketplace is open to anyone for any kind of use, including to deploy apps.

It has some features that are key to the success of this kind of marketplace project. One is there’s a central support operation. That means if a user is having a problem and can’t identify the source, the user can submit a ticket to a centralized support service operated by CGI, an IT services company. It will essentially broker the problem, figuring out where it originates and referring the user to the right vendor for additional help.

The Helix Nebula Marketplace has already built the technology that serves as an abstraction layer above the participating cloud services so that users can create deployments across multiple clouds. “We spent the last three years road testing the different requirements of these institutions,” Jenkins said, referring to the initial scientific users.

When the marketplace opens – the organizations said that would happen this month – users will be able to log in and start by shopping in the service catalog. They’ll be able to, for instance, search for maximum VM size, storage type and location.

Depending on the cloud provider, if users aren’t already customers, they may have to contact the provider separately. Once they’re signed up to use the cloud services, they can manage them through the marketplace. “You can startup 100 VMs or 1,000 VMs across three or four clouds using one interface,” Jenkins said. Users will have access to a common catalog of images that are enabled across the clouds, making it easy to deploy common workloads across different clouds.

The marketplace also has a legal framework that harmonizes the terms and conditions as well as SLAs for the available cloud services.

The service providers that participate in the marketplace comply with European security laws, so the marketplace should be appealing to businesses that want some assurance against U.S. government snooping. But that also means that U.S. cloud companies probably couldn’t join the marketplace, Jenkins said, although he wasn’t entirely sure of the legal intricacies.

Large commercial buyers that may require an RFP process to procure new cloud services may find the marketplace useful as an easier process, if those businesses determine that the marketplace meets their lowest requirements for things like SLAs or technical features.

SHARE THIS STORY
RELATED STORIES
OpenAI, ChatGPT and the Next Age of 'Build'  OpenSSF Aimed to Stem Open Source Security Problems in 2022 How to Get Started Filling 3.4 Million Cybersecurity Jobs Crypto Winter Puts Dampener on Web3 Developer Growth Generative AI: How Companies Are Using and Scaling AI Models
SHARE THIS STORY
RELATED STORIES
Netlify Acquires Gatsby, Its Struggling Jamstack Competitor Entrepreneurship for Engineers: Avoiding Feature Bloat State of the API: Monetizing API Deployment Is on the Rise Azure Went Dark 5 Security Principles to Guide Your DevSecOps Journey
THE NEW STACK UPDATE A newsletter digest of the week’s most important stories & analyses.
The New stack does not sell your information or share it with unaffiliated third parties. By continuing, you agree to our Terms of Use and Privacy Policy.