The Evolution of SAP HANA Express 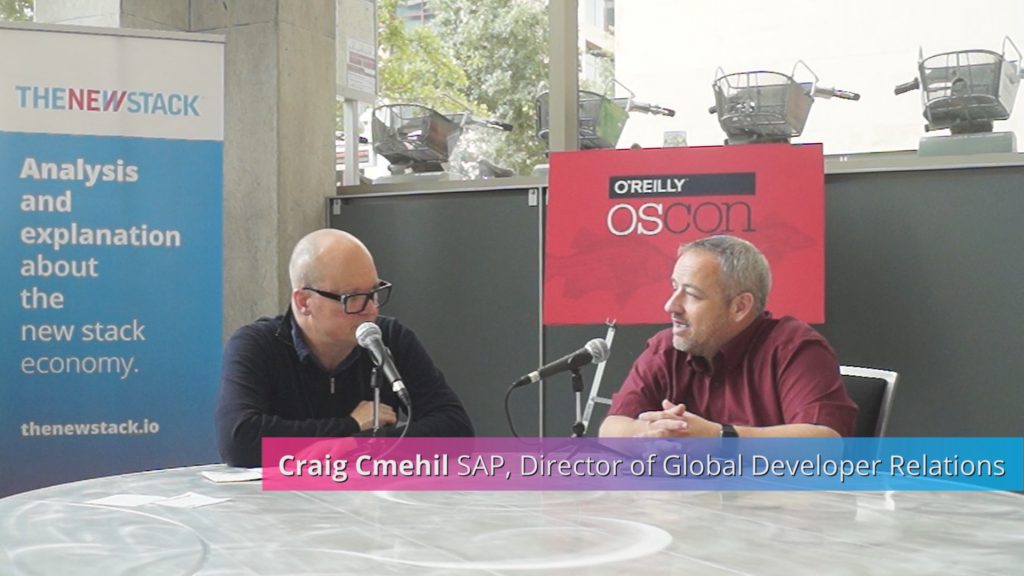 Last September, SAP — the world’s fourth largest software producer by revenue — introduced a smaller-scale, cloud-based edition of the groundbreaking in-memory database it released in 2012. Called HANA Express, its aim is to give software developers (not so much data scientists) a standardized environment based on Cloud Foundry and Node.js, with built-in hooks to deploy their database applications in a leased public cloud.

In early May, HANA Express found itself at O’Reilly’s OSCON open source event in Austin. That’s pretty interesting, given the fact that HANA is not an open source product. Veterans of the IT industry will recall that SAP was known as one of the fiercest protectors of its intellectual property (IP) portfolio through the 1990s and 2000s. Indeed, in a public statement back in 2006, one of SAP’s C-level executives warned that the open source movement was a dangerous form of what he called “IP socialism.”

A decade later, SAP’s director of global developer relations, Craig Cmehil, spoke with The New Stack’s Alex Williams about how one of the key products in SAP’s modern portfolio could peacefully co-exist with database tools in the open source segment.

“For me, when I think about it, I look at HANA Express as a tool that somebody could use, and I look at open source as tools that people can use as well,” Cmehil told us. “And I see these as complementary tools.  So if I want to, for example, use my HANA Express system… and I want to build an application, and I want to use Node.js and a couple of different open source libraries and all of that, that’s great, I can do that. What am I using HANA Express for? If I want to use a whole bunch of data calculations, run the algorithms, then what I’ve done is save myself the trouble of trying to figure out how to integrate different components in the open source world, to be able to do that. I can let HANA Express do that, but it doesn’t mean I’m not looking at the open source world still.”

Cmehil carefully explained HANA Express as existing and working in parallel with open source database components, though he did not mention any others by name.

Listen to more of Cmehil’s fascinating explanation, in his conversation with Alex Williams for The New Stack Makers from OSCON in Austin, Texas.

The Evolution Of SAP HANA Express

Open The Evolution of SAP HANA Express on YouTube.

1:36: HANA Express’s progress and where it is today.
5:15: The difference between HANA and HANA Express.
8:15: Why SAP is trying to appeal to the developer community and who it is targeting.
11:55: HANA and HANA Express in comparison to their peers.
13:35: What’s piquing Cmehil’s interest at OSCON.
15:39: New and upcoming open source project from SAP.