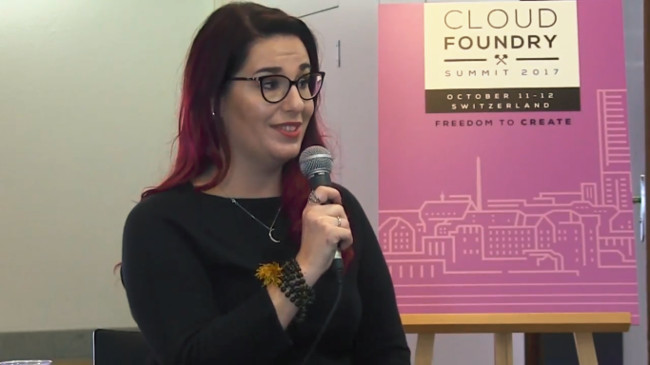 At this year’s Cloud Foundry Summit Europe, the story was about developers as the heroes. They’re the ones who make the platforms. They are akin to the engineers who played such a pivotal role in designing the railroads, or in modern times made the smartphone possible. This means a more important role for developer advocates who, at organizations such as Google, are spending a lot more time with customers. These are the subject matter experts helping developers build out their platforms. They are gathering data to develop feedback loops that flow back into open source communities for ongoing development.

On this newest episode of The New Stack Makers podcast, TNS founder Alex Williams sat down with Google Program Manager of Developer Relations Kim Bannerman to discuss her role, and how working in the cloud continues to shape the way today’s organizations are doing business.

In her interview, Bannerman noted that while many companies have already completed a migration over to the cloud, some have not yet done so, and platforms such as Cloud Foundry are helping them to bridge that gap.

“So often, even now we’ve got systems folks on one side of the fence, and developers on another side of the fence, and it was always, ‘their problem’ and they were never really involved,” Bannerman said. “We spend so much time arguing about what level of abstraction our customers should focus on, but so many of them are just trying to get to the cloud still. That’s why I think Cloud Foundry is a good place for that.”

1:00: Highlighting Kim Bannerman’s role at Google.
4:09: What brought Bannerman to the Cloud Foundry Summit.
7:08: How to delineate between Kubernetes and Cloud Foundry.
10:22: How is Google changing from an enterprise perspective and a cloud-native perspective.
14:31: Why foundation participation benefits Google’s customers
16:37: Taking customer feedback on products back to foundations and open source companies to continue its progress and build them out into products.

The Cloud Foundry Foundation sponsored this podcast. Google is a sponsor of The New Stack.