Examples of Building a Node.js App With Docker 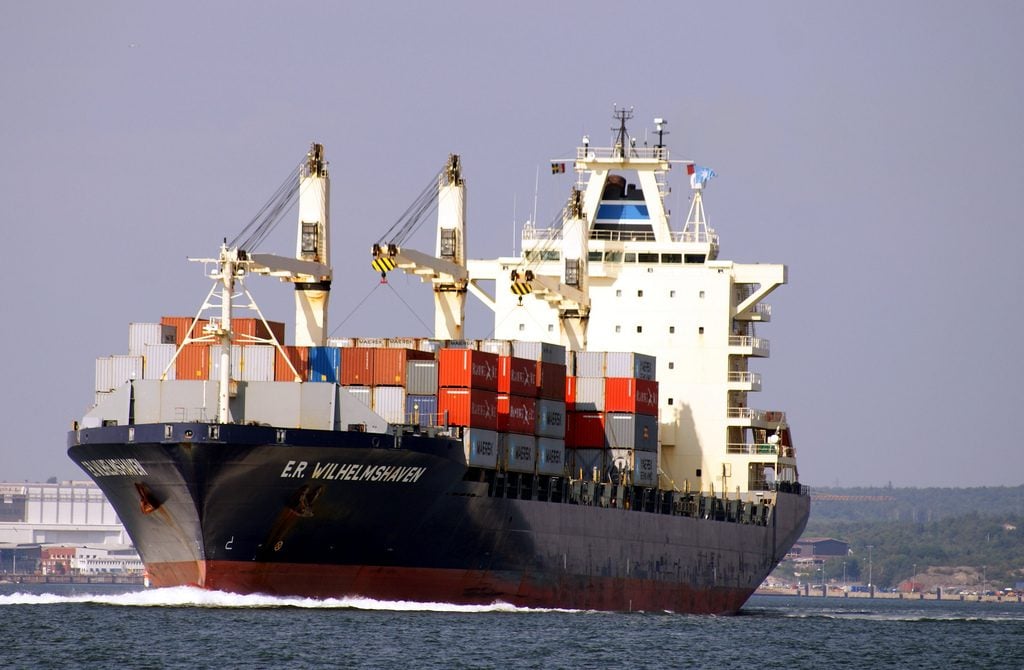 The CTO of Crowdriff has the first of two posts up about building an app with Docker. The post covers how CTO Abhinav Ajgaonkar used Docker as a “replacement for Vagrant when developing a Node app using the Express.js framework.” It further details how the app is designed to “persist session information in Redis using the connect-redismiddleware.” After reviewing Ajgaonkar’s post, I looked around for other examples of developers using Docker to build Node.js apps and I came across a few that I am going to briefly highlight here. Javascript is the most popular programming languages among Docker contributors, according to research by Chris Dawson that The New Stack will release soon. The breakdown between the use of client and server side JavaScript is unclear but Ajgaonkar’s work is demonstrative of the interest in Node.js app development and Express.js, which provides a set of features for building single, multi-page and hybrid web applications. Express can also be used to build API-based server apps that work with standard HTTP and JSON as the default.

The post is also evidence that people are switching away from Vagrant to Docker because it simplifies the last step: deployment, Dawson said to me in an email. And Dockerfiles manage services with higher level abstractions. For example, a Vagrantfile specifies IP addresses where a Dockerfile uses links which are an abstraction above specific IPs. This makes deployment more generic and loosely coupled. Furthermore, Vagrantfiles manage a VM while Dockerfiles specify a loose set of services and their connections, a much lighter and more flexible abstraction.

The app Ajgaonkar prepared has three files: a package.json, server.js and a .gitignore file, which he set up as follows: 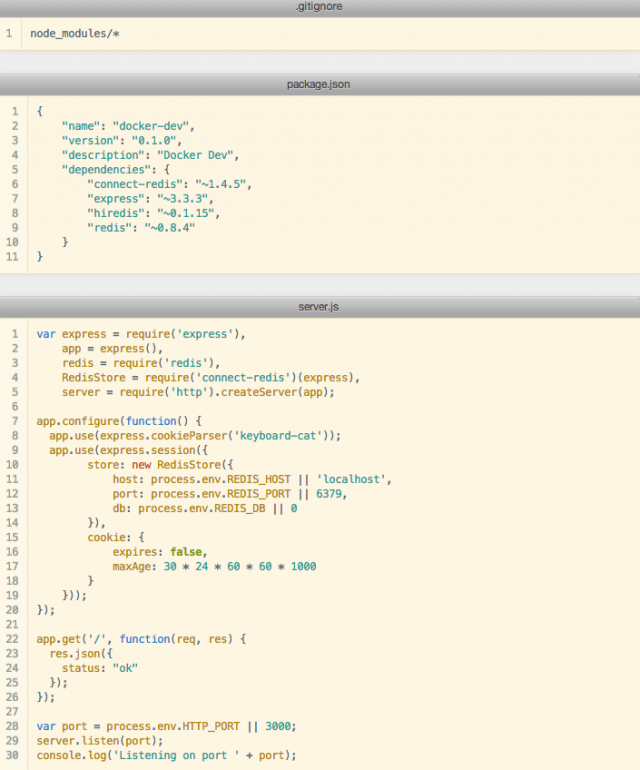 The post further explains how server.js pulls in the dependencies and starts an express app, “which is configured to store session information in Redis and exposes a single endpoint that returns a status message as JSON. ” For development, he ran both Node and Redis in the same container and used Dockerfile to configure it. 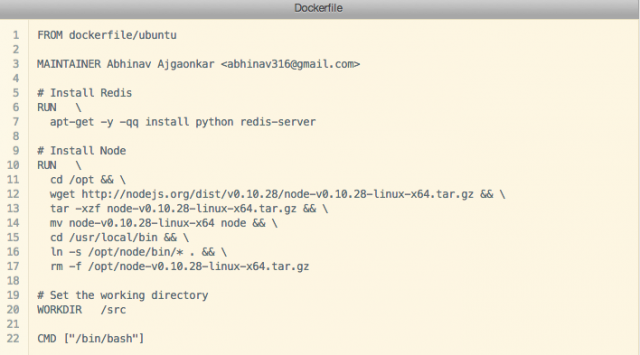 The post goes on to explain how to build and run a container in addition to explaining the workings of the run command. It covers how to start Redis in the container itself. Ajgaonkar uses Nodemon to “watch for changes in project files and restarts the server as needed.” Once the server is started with server.js, Nodemon detected the change and started the server.

The process Ajgaonkar compares to builds described in other blog posts. Here are a few to review:

An increasing volume of use case for Docker have started to surface. Docker has been lauded for its capabilities and wide use cases. The interest though,  is as much about its technology as the needed shift for more flexible and lightweight services for distributed workloads. Docker reflects that shift and is symbolic of a new breed of services more suited to rapid application development.

Alex Williams is founder and editor in chief of The New Stack. He's a longtime technology journalist who did stints at TechCrunch, SiliconAngle and what is now known as ReadWrite. Alex has been a journalist since the late 1980s, starting...
Read more from Alex Williams
SHARE THIS STORY
RELATED STORIES
How to Deploy Containers with nerdctl WebAssembly Needs Schedulers, and Kubernetes Doesn't Quite Fit the Bill Data, Analytics and AI: What Will Happen in 2023 Case Study: How SeatGeek Adopted HashiCorp’s Nomad WebAssembly vs. Kubernetes
TNS owner Insight Partners is an investor in: The New Stack, Docker.
SHARE THIS STORY
RELATED STORIES
Swarm, a User-Friendly Alternative to Kubernetes Top 5 Considerations for Better Security in Your CI/CD Pipeline Application Storage Is Complex. Can Automation Simplify It? WebAssembly Needs Schedulers, and Kubernetes Doesn't Quite Fit the Bill Container Security: A Troubling Tale, but Hope on the Horizon
THE NEW STACK UPDATE A newsletter digest of the week’s most important stories & analyses.
The New stack does not sell your information or share it with unaffiliated third parties. By continuing, you agree to our Terms of Use and Privacy Policy.