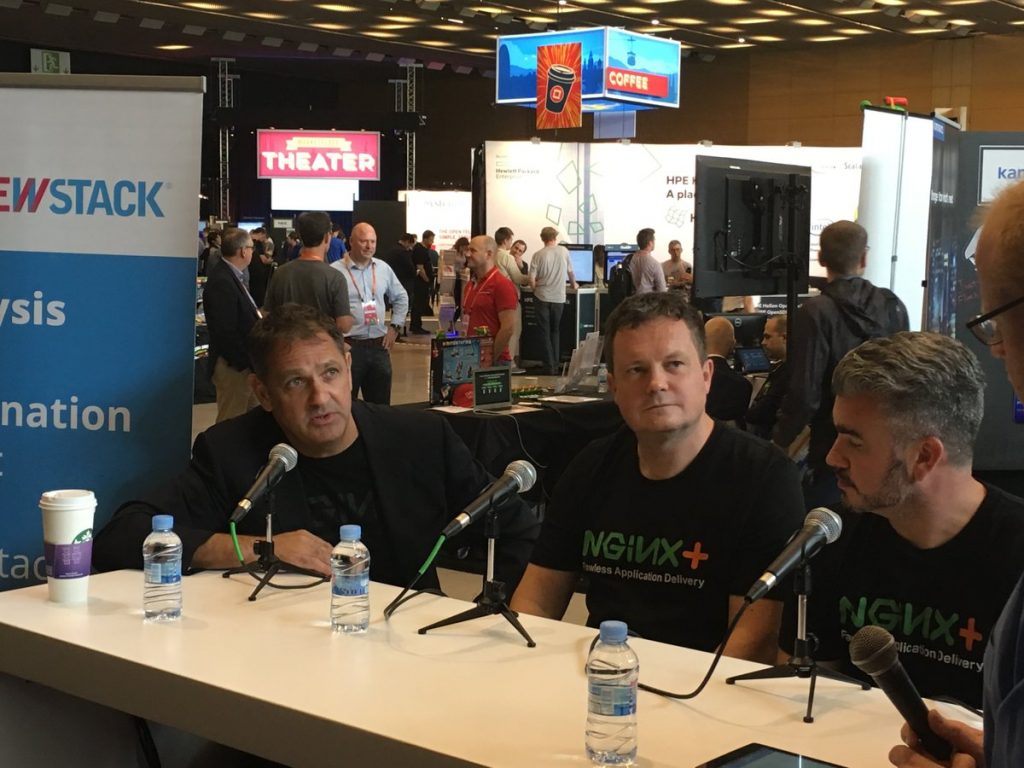 One of the fast growing web servers, especially for high-volume sites, NGINX can be a natural fit for a microservices architecture.

In this episode of The New Stack Makers podcast, recorded at OpenStack Barcelona, NGINX CEO Gus Robertson, NGINX Head of Products Owen Garrett, and NGINX Chief Marketing Officer Peter Guagenti discussed how the latest release of the company’s commercial NGINX Plus R11, why NGINX is so good for microservices, and what NGINX was doing at an OpenStack conference in the first place.

One new feature of the R11 release is the ability to support third-party modules. “There is a community of module developers and experts who create extensions, code modules, and code add-ons for our open source product and a lot of our users depend on those extensions for value-add features. We wanted to make sure that our commercial customers can also use those third party extensions,” said Garrett.

Working in C, users can write extensions, apply to the NGINX API, publish, and distribute their extension, however best suits them, noted Garrett.

Users may worry about the quality of third party extensions when introducing open source extensions into a commercial infrastructure running NGINX+. To combat this, NGINX utilizes a ranking system along with running its own test to ensure that all submitted extensions meet its standards.

Although we have thought of NGINX as the Web server that sits in front of a Web application, the software can actually play a key role in connecting the services as well.

“Our role has increased as microservices rose,” explained Guagenti. Take Netflix, the model of a successful microservice architecture. NGINX software plays a key roll in this operation.

“Over the last 12-6 months it was mostly, ‘I’m learning about microservices,’ not any of those customers were actually going into production with a microservice architecture. That’s changed in last 6 months,” said Guagenti.

SHARE THIS STORY
RELATED STORIES
What TNS Readers Want in 2023: More DevOps, API Coverage What Trouble Awaits Cloud Native Security in 2023? Crossplane: What Most People Get Wrong (and How to Get It Right) Microsoft Makes Azure Load Testing Generally Available What LaunchDarkly Learned from 'Eating Its Own Dog Food'
TNS owner Insight Partners is an investor in: The New Stack.
SHARE THIS STORY
RELATED STORIES
Choosing the Right Container Native Storage for AWS Public Cloud What TNS Readers Want in 2023: More DevOps, API Coverage Docker Swarm, a User-Friendly Alternative to Kubernetes Platform Engineering Won’t Kill the DevOps Star MicroK8s and Portainer Is The Easiest Way to Deploy an Application on Kubernetes
THE NEW STACK UPDATE A newsletter digest of the week’s most important stories & analyses.
The New stack does not sell your information or share it with unaffiliated third parties. By continuing, you agree to our Terms of Use and Privacy Policy.