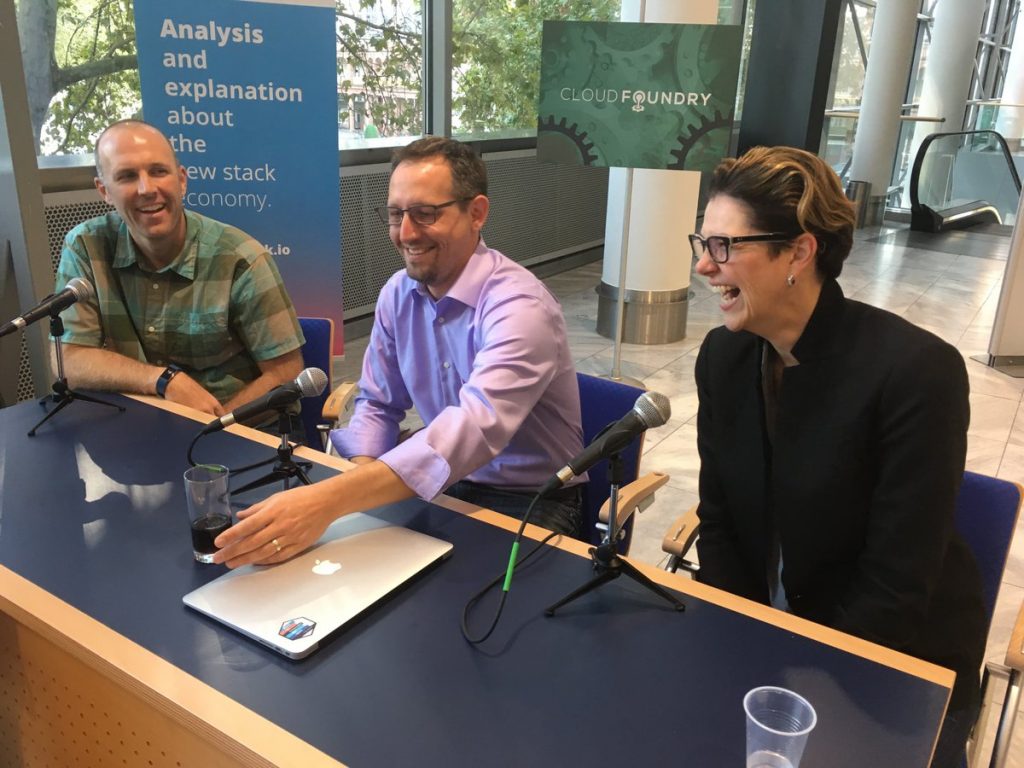 “I think microservices also give you a great way to experiment and try things out. You can quickly iterate and deploy applications, and it also means you didn’t spend a lot of time there,” noted Cloud Foundry Vice President of Industry Strategy Abby Kearns, in the latest edition of The New Stack Makers podcast.

As enterprises mull moving their applications to microservices-based architectures, platforms such as Cloud Foundry offer developers the opportunity to quickly iterate on new application designs and frameworks. And with the recently announced support on Google Cloud, Cloud Foundry sets the stage for running an application across multiple clouds.

While some may balk at a multi-cloud future, Childers explained that it is eventually going to be a fact for much of the technology ecosystem. “There’s a reality that there are going to be multiple platforms that exist in the world. They should work well together. The applications we’re talking about might rely on something that lives in a different cloud. With these evolutionary processes, we’re taking the needs of lots of other organizations into account.”

An open source distributed tracing system, Zipkin allows those running microservice architectures to better troubleshoot latency issues. Based off of the 2010 Google paper Dapper, Zipkin boasts an active community currently contributing to the project’s development, with over 4,500 stars on GitHub.

“Running a distributed system is hard. There’s a lot of knowledge that has to come with that. Tools came in like Zipkin, that take the rough edges off of microservices,” said Gehard.

Kearns explained that Zipkin offers developers a fine-grained approach to tackling network issues affecting their microservices, adding that, “The last problem to solve is what happens when one microservice starts misbehaving? Zipkin gives developers the ability to trace requests through their microservice architecture. They can start to see call times, or how long a microservice takes in a very visual fashion. If they’re having a problem, they can target down to a specific microservice.”

Gehard went on to note that a future update to Cloud Foundry’s container management system Diego will feature the ability for developers to initiate Zipkin traces starting at the inbound traffic route.