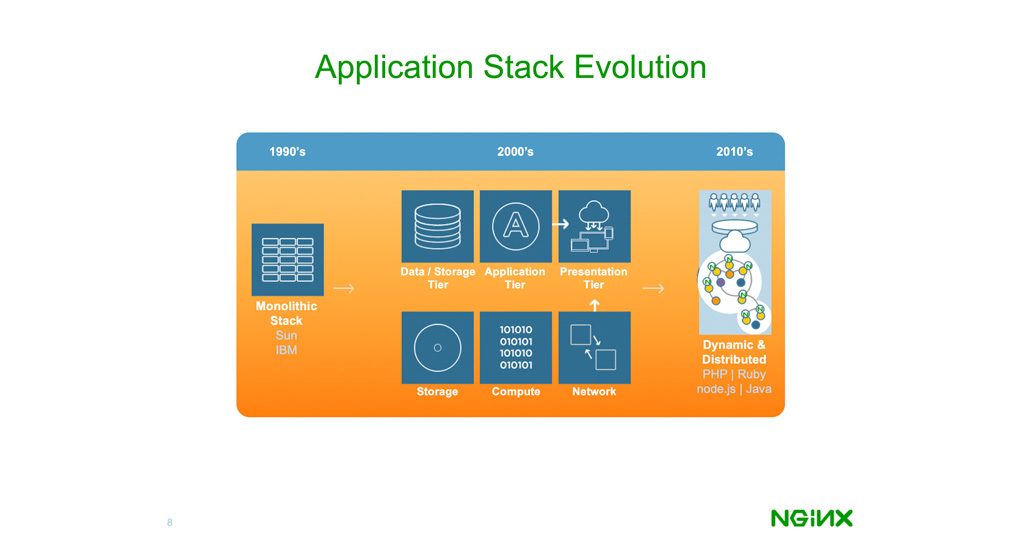 F5 plans to use NGINX software and talent to “enable multicloud application services across all environments,” according to an F5 statement.

F5 plans to augment NGINX software with F5’s own security technologies as well as with a set of “cloud-native innovations” to enhance load balancing, according to the company.

The company has also vowed to support the NGINX open source project. Current NGINX CEO, Gus Robertson, and founders, Igor Sysoev and Maxim Konovalov, will be retained to run NGINX. The brand name will also remain.

“We have complementary strengths,” explained Robertson in a blog post. “Our web and application server, microservices, and API management solutions complement the application management, application security, and infrastructure security solutions from F5. Even in the case of application delivery controllers (ADC) where there is some overlap, NGINX has created a lightweight, software-only version that complements the F5 cloud, virtual, and physical appliance options.”

Looking forward, the deal gives F5 a strong position among solutions that work with service meshes, which will be instrumental in controlling the networking, security, and monitoring aspects of Kubernetes-based cloud native systems. In turn, NGINX will enjoy greater exposure to F5’s global sales force and partner ecosystem.

According to a CNCF survey published in the second half of 2018, the most widely used ingress providers for Kubernetes was NGINX at 64 percent of respondents. TNS sponsor HAProxy was second with 29 percent, followed by F5 Networks at 15 percent.

With F5’s support, NGINX the corporation does not have to worry making its open source business model succeed in the short-term. Released as open source in 2004 as a low-latency, high-throughput alternative to the Apache web server and others, NGINX (pronounced “engine-x”) is now used for over 374 million sites, including 15 percent of the world’s million most-visited web sites, according to Netcraft.

Another aspect of this deal is the DevOps angle. Since the DevOps role is more and more about managing application delivery, this gives F5 a great position among those coming from a developer background because developers are more likely to look positively on a product with an open source heritage.