ClaRAN is similar facial recognition technology used by Facebook and Microsoft. But instead of scanning faces, ClaRAN scans images from radio telescopes in order to detect so-called radio galaxies.
Nov 30th, 2018 11:00am by Kimberley Mok 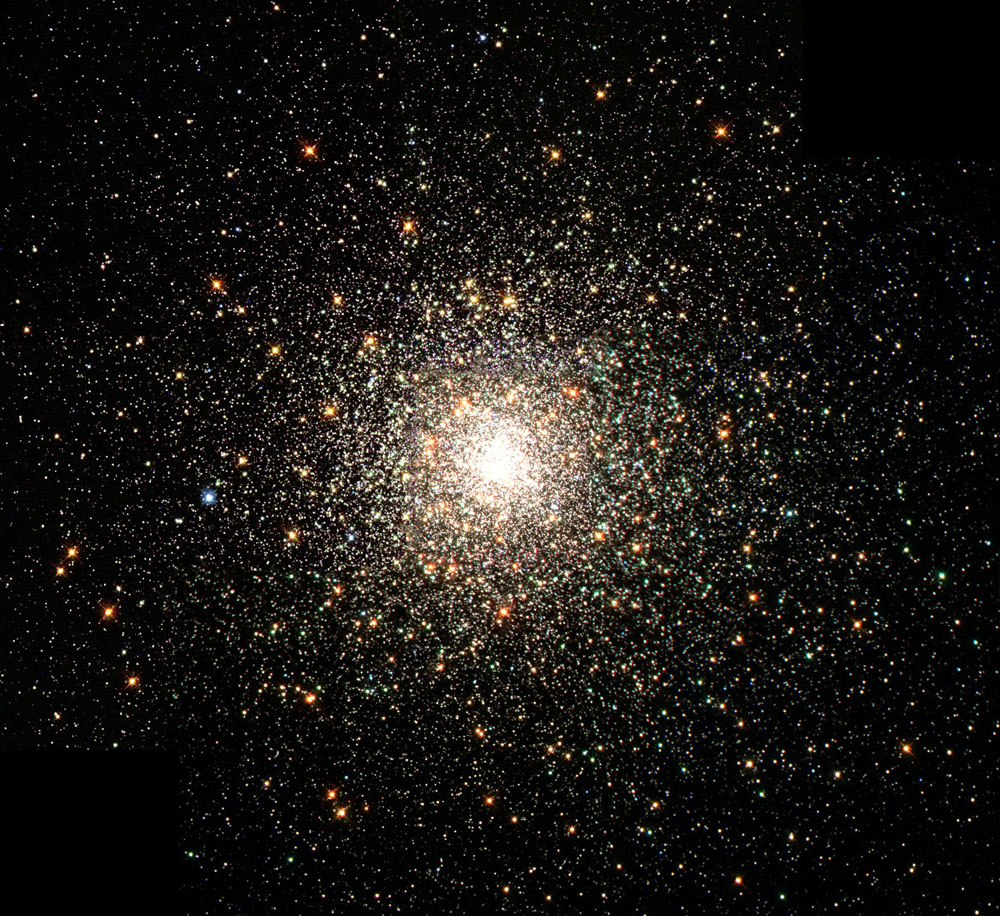 The technology used to detect and identify objects has evolved quite a bit over the last several years, and is being used in self-driving cars for recognizing pedestrians, extract data from video, or giving machines the ability to recognize faces and know how you feel. There seems like there’s no limit to how this type of artificially intelligent computer vision might be used, and now a team from the University of Western Australia and the International Centre for Radio Astronomy Research (ICRAR) is utilizing that same deep learning technology to identify faraway galaxies in deep reaches of outer space.

Nicknamed ClaRAN (short for Classifying Radio sources Automatically with Neural networks), the algorithm has been adapted from the same facial recognition technology used by Facebook and Microsoft. But instead of scanning faces, ClaRAN scans images from radio telescopes in order to detect so-called radio galaxies — a type of active galaxy nuclei (AGNs) that emit intense jets of light, but at radio wavelengths, rather than within the visible spectrum. And it’s from the supermassive black holes at the center of these galaxies that these jets of radio waves emerge.

“These supermassive black holes occasionally burp out jets that can be seen with a radio telescope,” as astronomer Dr. Ivy Wong, one of the lead authors of the recently published paper, told ScienceDaily. “Over time, the jets can stretch a long way from their host galaxies, making it difficult for traditional computer programs to figure out where the galaxy is. That’s what we’re trying to teach ClaRAN to do.”

According to the team, the conventional computer algorithms that are currently being used can identify about 90 percent of these sources of radio emissions.

“That still leaves 10 percent, or seven million ‘difficult’ galaxies that have to be eyeballed by a human due to the complexity of their extended structures,” explained Dr Wong, who also highlighted the significance of citizen science projects such as the Radio Galaxy Zoo (RGZ) project in spotting these elusive, remaining galaxies. “If ClaRAN reduces the number of sources that require visual classification down to one percent, this means more time for our citizen scientists to spend looking at new types of galaxies.” 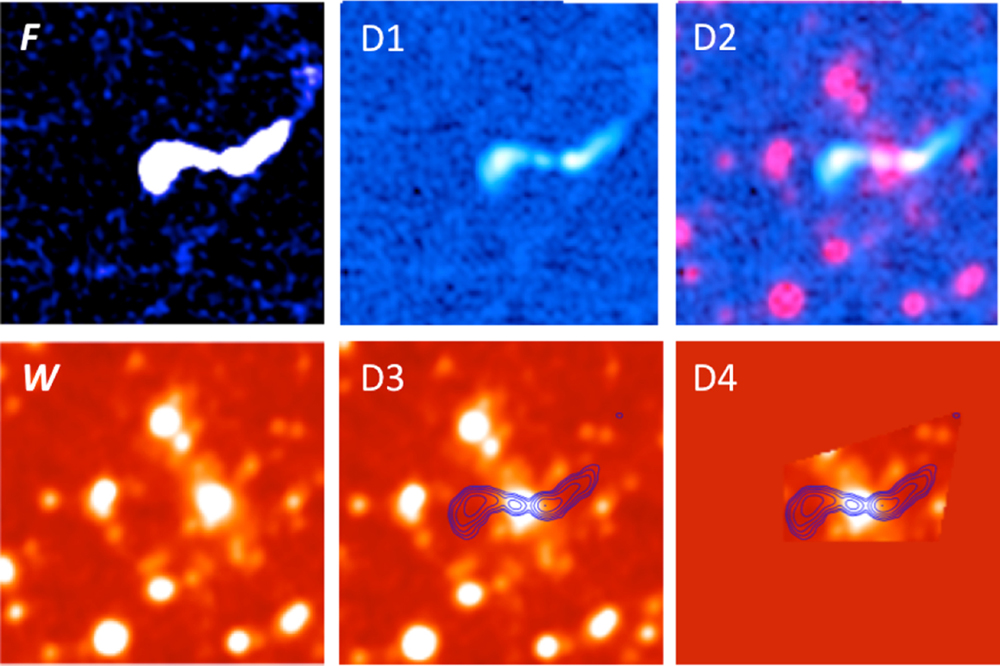 To do this, ClaRAN has been trained to perform two critical tasks simultaneously: identifying sources of radio jets in a given image, and classifying the morphology of identified sources. In particular, ClaRAN’s algorithm is based on a type of convolutional neural network (CNN) called Faster Region-based Convolutional Neutral Networks method (Faster R-CNN), which offers a significant performance boost over its predecessors: it is intuitive and flexible to use, and is more accurate and quicker in identifying radio sources. The algorithm is then trained using thousands of World Coordinate System-aligned radio and infrared images of the same region of space. After identifying the radio sources in these paired images, it will categorize the detected sources in one of the six morphology types used by RGZ. In addition, the team’s method offers what they call a “single, end-to-end data pipeline.”

“By end-to-end, we mean the entire training pipeline has only a single step of optimization, and the two tasks are trained simultaneously in a single training iteration,” wrote the team. “It also means little human involvement is needed for deriving hand-crafted features, and feature extraction is driven primarily by convolutional kernels learned from training sets rather than prior assumptions imposed by experts.” 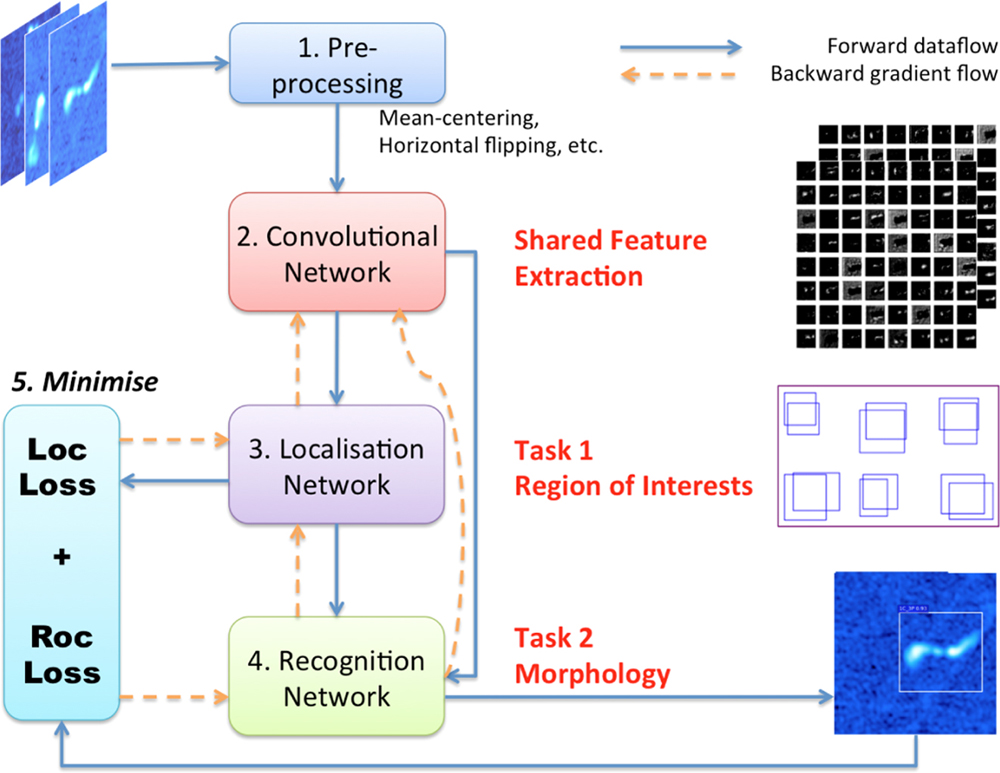 The team’s approach of using AI to cross-match these different data sources seems to work quite well, with a rate of over 90 percent accuracy in pinpointing radio galaxies using radio and infrared images. As the team notes, as our ability to peer deeper and farther into the vastness of the universe improves with better hardware, the amount of data gathered in the next generation of radio surveys (such as the upcoming Evolutionary Map of the Universe) will be enormous — meaning that tools like ClaRAN will be vital in making such research actually feasible in the future.

SHARE THIS STORY
RELATED STORIES
Op-Ed: The Rise of AI Content Generators Is an Affront to Creativity Hardware Independence Is Critical to Innovation in Machine Learning PyTorch Poisoned in Software Supply Chain Attack Build a Churn Detection Train with AI Blueprints Data, Analytics and AI: What Will Happen in 2023
SHARE THIS STORY
RELATED STORIES
AI21 Labs Bets on Accuracy, Develops Approach for Factual AI Generative AI: How Companies Are Using and Scaling AI Models How to Lower Your Company‘s AI Risk in 2023 What Data Management Pros Expect to See in 2023 AI, Machine Learning and the Future of Software Development
THE NEW STACK UPDATE A newsletter digest of the week’s most important stories & analyses.
The New stack does not sell your information or share it with unaffiliated third parties. By continuing, you agree to our Terms of Use and Privacy Policy.