Farming-as-a-Service: Could Robots Feed the World?

Over the last few years entrepreneurs have been experimenting with new kinds of farms. They're indoors, often vertical, and sometimes, they involve robots. (Or at least, automation.) One company even believes its machine learning-enhanced system will enable Farming-as-a-Service, a paradigm which allows the individual consumer to make customized and health-optimized decisions about what's getting planted in your their personalized section of an indoor vertical farm.
Jun 28th, 2020 6:00am by David Cassel 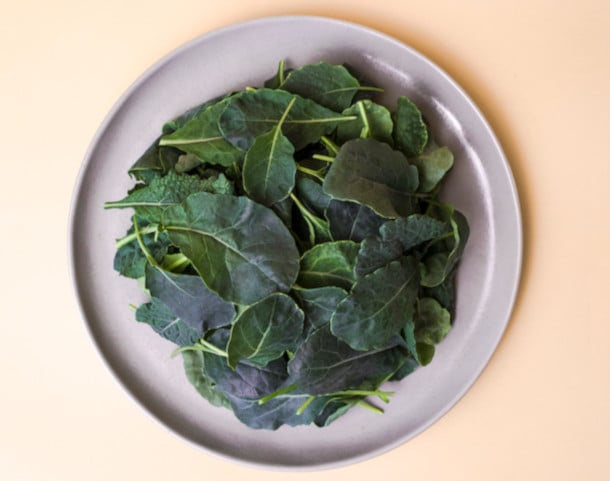 Over the last few years, entrepreneurs have been experimenting with new kinds of farms. They’re indoors, often vertical, and sometimes, they involve robots. (Or at least, automation.) One company even believes its machine learning-enhanced system will enable Farming-as-a-Service, a paradigm that allows the individual consumer to make customized and health-optimized decisions about what’s getting planted in your personalized section of an indoor vertical farm.

As pandemic-related lockdowns raise new concerns about our supply chains, indoor farms have experienced a sudden surge in popularity. So is another new cutting-edge technology re-inventing our world? Or is it just another example of entrepreneurship gone wild?

Earlier this month the company Willo launched a new service in San Jose that says its automated system lets you “build your own farm, choose your own crops, and grow the safest, tastiest and most nutritious produce” — and then have it all delivered to your doorstep — straight from Willo’s Farm.”

Right now it is starting by delivering greens, with a one-time trial priced at $49, and $99 subscriptions offering deliveries twice a month, or once a week for $149. Willo describes these levels as “Experience Willo,” “Build Your Farm,” and then “Control Your Farm,” which its website promises “reconnects” customers to an “ancient and sacred relationship… lost in the shadows of industrial farming.” A Silicon Valley newspaper visited the company at its two-story indoor vertical farm in San Jose, taking note of its futuristic cultivation chambers growing kale, mizuna, and “state-of-the-art basil.”

“Willo will add additional fruits and vegetables to its farming capabilities as it scales,” explained a press release earlier this month.

But Willo isn’t the only company exploring new ways of farming. In May TechCrunch reported a startup, Rise Gardens was selling a bookshelf-sized indoor hydroponic garden kit complete with both hardware and software.

Since March the vertical farm company Plenty (backed by Jeff Bezos) has seen a threefold increase in demand from its partially automated farms, according to the sustainability site GreenBiz. This led Plenty’s head of strategic initiatives to declare that that vertical farms “can fill a gap when there is a crisis.” Bloomberg also cites reports of “massive” jumps in recent demand for products from two more vertical farm companies — Ohio-based 80 Acres Farms and New York-based Bowery Farming Inc.

And GreenBiz also spoke to an executive at Fifth Season Connection, which reported a 50% increase in orders from their Pittsburgh-area vertical farm, a 600,000-square-foot facility using robotic technology. Several major grocers also brought a spike in demand to automation-enhanced greenhouse-farming company Gotham Greens. Fifth Season CEO told Bloomberg that “My phone was buzzing off the hook from the largest supermarkets, saying can you run extra trucks.”

But is there also a consumer play here? Fast Company provides some additional details about Willo’s unique pitch to bring plots of its indoor farmland to individual customers. Willo’s plants grow on tall vertical walls with their roots exposed (to be sprayed and nourished with a healthy mist), while sunned by LED lights and carefully monitored by sensors for CO2 levels, temperature and humidity. Willo’s press release also notes that the misted water is recycled, resulting in “essentially zero water consumption.” There’s a variety of cameras, and soon there’ll be an app offering customers access to time-lapse photography of the plants as they’re growing.

Willo also captures “critical imagery data on the whole plant in a variety of spectra at high frequency” to “leverage computer-based learning,” a company press release explains. The hope is to mine both this data and the imagery to improve growing protocols using “AI technology to glean unique cultivation insights from every plant.”

Willo’s infrastructure comes from a second company also created by the same co-founders — OnePointOne — which is where the entrepreneurial opportunity grows even bigger. OnePointOne thinks the problem is most vertical farms can’t be scaled profitably, evidenced by how few of them have been expanding into more locations. And there’s a clear and obvious culprit: the cost of tending all those plants. “Labor remains the single highest operating cost for even the most well-capitalized vertical farms in the world,” argued its webpage. So could an automated vertical farm be a game-changer?

Willo CEO Samuel Bertram explained in an interview last year. “All over the world where there are empty and vacant warehouses, we can bring our technology, install it, implement it, and start growing crops year-round, completely pesticide-free, with 98% less water. And to a quality that really hasn’t been seen in the market for a very, very long time.”

CEO Bertram tells Fast Company they expect to show profitability within the next 12 months, after which “we can plant these facilities in every city in the United States and around the world to feed people locally sourced, fresh and sustainable nutritious product.” Within the next 24 months, Willo’s planning expansions into major cities including Los Angeles, San Diego, New York and Washington D.C. And their hopes stretch even further. “Now, imagine this is in every major city on Earth…”

The OnePointOne webpage ticks off the vast advantages it’s hoping to deliver, including:

Willo’s site even promises that by eliminating pesticides and the other negative side-effects of outdoor farming, its system “guarantees superior taste, safety and nutrient density with touchless delivery,” adding that its crops “are harvested at peak freshness for maximum nutrition and flavor, and can be on shelves (and plates) the same day of harvest.”

But what’s most exciting may be that it’s taken steps into the real world, with real customers and real users. The OnePointOne site includes a video interview with David Kinch, the proprietor and executive chef at Manresa Restaurant in Los Gatos, California, which was awarded Michelin’s highest rating of three stars. He jokes that at some point chefs become “glorified shoppers… The best ways we can improve dishes once we master them is getting better quality ingredients…” And then he describes how OnePointOne came to his rescue in his quest for a particular kind of basil, Genovese basil, used for creating an especially authentic pesto.

Unfortunately, its growing season is very short, but as a vital ingredient for his cuisine-of-the-Rivera restaurant, “we wanted to be able to procure it year-round.” Sam remembers in his interview with the Bay Area newspaper that it took “many months of varying the size, shape, taste and texture of the basil” — but once they’d achieved the specific product Kinch was after, it was easy to mechanically reproduce the environment it was grown in again and again, just by using the same parameters.

SHARE THIS STORY
RELATED STORIES
Why Cloud Lock-In Is Getting Worse Pulumi Introduces One-Click Deployments Retrospective: Why Was Cloud Foundry at KubeCon? A Tactical Field Guide to Optimizing APM Bills AWS Re:Invent Updates: Apache Spark, Redshift and DocumentDB
TNS owner Insight Partners is an investor in: Real.
SHARE THIS STORY
RELATED STORIES
AWS Brings Trusted Extension Support to Managed Postgres Cryptojacking: Free Money for Attackers, Huge Cloud Bill for You Why We Built Cloud Native Object Storage for PostgreSQL with Amazon S3 Improving Price Performance Lowers Infrastructure Costs Configure SQL Server Standard Edition for High Availability on AWS
THE NEW STACK UPDATE A newsletter digest of the week’s most important stories & analyses.
The New stack does not sell your information or share it with unaffiliated third parties. By continuing, you agree to our Terms of Use and Privacy Policy.