Fast-Forwarding is Becoming a New Way to Watch Videos 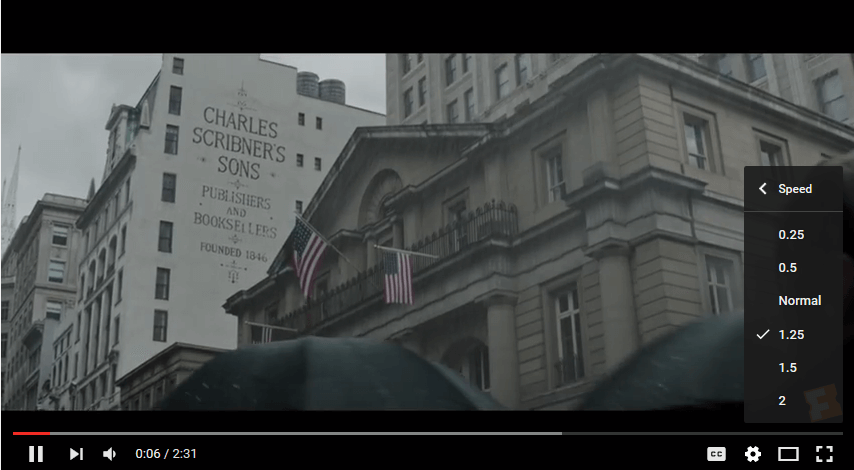 “I have a habit that horrifies most people. I watch television and films in fast forward,” admitted Jeff Guo, a reporter for the Washington Post, in a fascinating article about what may be becoming a new trend — one that may change the future of video itself.

Guo’s article makes its case for “watching on our own terms” — that the average American consumes three hours of TV each day, and that researchers have discovered people actually prefer listening to speeded-up speech and watching speeded-up videos. And in fact, speeded-up video has already begun creeping slowly into our media world. For example, YouTube’s “settings” icon now includes a menu option where viewers can change the playback speed for a video. iTunes purchases can also be speeded up, and most popular players for podcasts and audio books also offer some sound-speeding capabilities, too. Even many DVD players now come with a faster playback option.

“We talk much slower than we read … there is no reason why we have to listen at a constant speed and at a (very) slow rate.”

But for more proof, just look at the nearly 120,000 people who have already downloaded a plug-in for Google’s Chrome browser that speeds up videos from Netflix, Amazon Prime, Vimeo, and any other site that’s using HTML5.

“Where has this been all my life?!?” read one review of the plug-in.

“Thank god, I wish I found this sooner,” added another. “I’m no longer bored by slow talkers…” 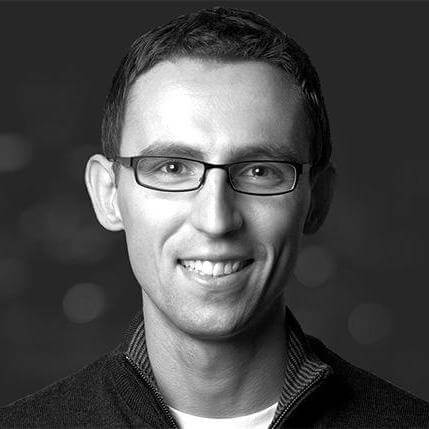 The simple 47-kilobyte Chrome extension was created by Ilya Grigorik, co-chair of the World Wide Web Consortium‘s Web Performance Working Group, and one of Google’s Web performance engineers. “HTML5 video provides native APIs to accelerate playback of any video,” explains the plug-ins web page, “but most implemented players either hide or limit this functionality. This extension fixes that, plus more… ”

And after two years and 459 user reviews, the plug-in’s average rating is still four and a half stars.

“It genuinely makes me feel more productive. I can watch twice as much in the same time.”

“Amazing feature… Finally, I can do something with infinite list of the tech videos.”

“I truly recommend everyone to speed up their informational video and audio intake to learn more and have more free time :)”

“So great. I use it to watch technical talks faster. Downside: I’ll never recognize the voices of the speakers I watch :).. But I can live with that.”

Basically, Grigorik’s plug-in adds a “speed indicator” into the top-left corner of video players, offering a way to speed up (or slow down) any video, or even rewind it —  as well as some handy keyboard shortcuts. “We don’t read at a constant speed, and we talk much slower than we read,” the page argues, so “there is no reason why we have to listen at a constant speed and at a (very) slow rate.”

But what’s really fascinating are the emerging arguments that speeded-up video doesn’t just save time; that it can also make the videos more meaningful and enjoyable. “[F]aster playback translates to quick progress, better engagement, and retention,” reads the plug-in’s page on GitHub.

Guo’s article even included two examples of speeded up videos, one of which attempts to show that a sitcom like Modern Family is actually funnier at a higher speed, because “the jokes come faster, and they seem to hit harder.” You can sense the quickly-growing tension as two couples begin arguing, culminating in a big release as the scene reaches its punchline. (“We were drunk on margaritas and we wanted to find out whose wife would eat the most crickets!”) Played again at normal speed, the same scene feels excruciatingly slow.

But like any good fairy-tale wish, there’s a catch.

“I can’t watch television in real-time anymore,” Guo admitted, adding “Movie theaters feel suffocating…” And Google’s Grigorik agrees, pointing out on his GitHub page that “Some studies report that after being exposed to accelerated playback, listeners become uncomfortable if they are forced to return to normal rate of presentation.” But the Post’s reporter even seems to put a positive spin on that. “I need to be able to fast-forward and rewind and accelerate and slow down, to be able to parcel my attention where it’s needed,” he wrote.

What’s most startling may be the almost revolutionary zeal in Guo’s article as he talks about viewers “seizing control of this medium” and a glorious future where every ordinary Joe trying to watch some TV “can take charge of how they travel through a video.”

He quotes Henry Jenkins, a media theorist at the University of Southern California, from a prophetic 2005 book called “Convergence Culture: Where Old and New Media Collide.” “Fans reject the idea of a definitive version produced, authorized, and regulated by some media conglomerate.” And Guo also touts the ability to “interrogate” a video — using our new-found control to savor only a TV show’s best parts.

“For me, watching ‘The Bachelorette’ is like shucking a crab. I know where the juicy bits are, and I know which parts are inedible,” Guo noted.

And finally, Guo argues that skipping through a video is ultimately more natural. “I don’t watch linearly anymore; I often scrub back and forth to savor complex scenes or to skim over slow ones. In other words, I watch television like I read a book. I jump around. I re-read. Sometimes I speed up. Sometimes I slow down…”

Is this the wave of the future? Or just a novelty whose appeal is hard to define. Guo tosses off a multitude of reasons for why speeded up videos are better. Here’s yet another one. “Accelerated speeds make it easier to perceive the structure of a story…”

But in the end, maybe his strongest argument is one about granting more autonomy to the viewers of videos. “Why do we relinquish ourselves to the pace set by a film’s director?

“Can’t we find more interesting ways to be a couch potato…?”