In the latest episode of The New Stack's Makers podcast, Micha Hernandez van Leuffen, founder of Fiberplane, talked about creating a tool for DevOps and SREs. Alana Anderson, founder of Base Case Capital, offered an investment capital firm's perspective.
Sep 20th, 2021 1:55pm by Alex Williams and B. Cameron Gain 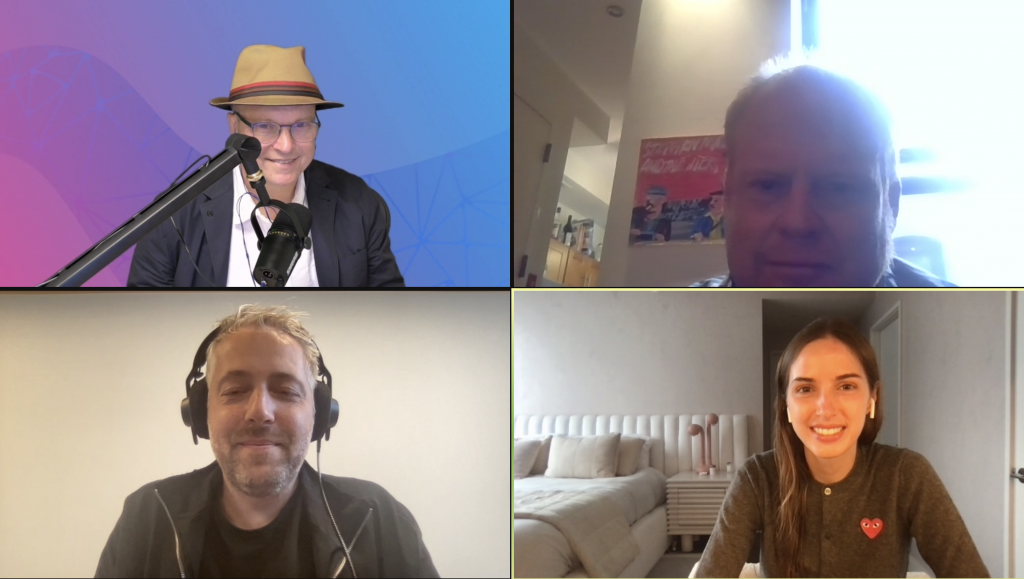 Database giant Oracle added a container native continuous integration/continuous delivery (CI/CD) platform to its cloud portfolio when it purchased Wercker in 2017. Since the acquisition, Wercker’s founder, Micha Hernandez van Leuffen, started Fiberplane, for which he is the CEO.

In this latest episode of The New Stack Makers podcast, van Leuffen discusses the different aspects of the development of the Wercker and how that has parlayed into his work at Fiberplane, which offers collaborative notebooks for resolving incidents. Alana Anderson, founder and managing partner of base case capital, offered input from an investment capital firm perspective  as well.

Wercker was  a complex distributed system running on Amazon Web Services (AWS) with EC2 instances on Kubernetes. “One of the issues that we had was when there was downtime, or when there was an incident — was it was hard to sort of debug what really was the root cause of it?” van Leuffen said.

“So, we went through going back and forth between metrics, logs and traces to figure out what was actually causing an incident and I always call this a sort of the treasure hunt that you kind of go through. That was sort of one thing that has led to Fiberplane.”

The “treasure hunt” of finding the root cause of an incident is further compounded when DevOps teams are distributed across different time zones around the world.

“It was always hard to collaborate around an incident because you kind of need to be in the same time zone, or at least wake up around the same time and sort of go through this treasure hunt together,” van Leuffen said. “And that is kind of the kernel for Fiberplane. In this way, Fiberplane serves as a collaborative notebook platform for DevOps and SREs that helps them debug their incident and support that incident investigation.”

From Anderson’s perspective, Fiberplane has the “look and feel of a notebook” that engineers feel comfortable using, she said.

“Engineers are able to query all of the sources that they need to to get their job done. I think the most important thing is, like imagine you’re an engineer, and you’re entering this ‘war room’ which is actually Fiberplane’s product,” Anderson said.

“You go in and all of a sudden you have all of the history of everything that’s been going on and you can see who other people are in the room … And, right away, you’re up to speed on what’s going on, and you’re able to be more valuable to your team.”

BC Gain’s obsession with computers began when he hacked a Space Invaders console to play all day for 25 cents at the local video arcade in the early 1980s. He then started writing code for very elementary games on the...
Read more from B. Cameron Gain
SHARE THIS STORY
RELATED STORIES
Engineering Best Practices of CI Pipelines DevPod: Uber's MonoRepo-Based Remote Development Platform Argo CD and Flux Are CNCF Grads: But What Now? Kubernetes CI/CD Pipelines Explained The Main Goal: Secure the Application Workload
Amazon Web Services and Oracle are sponsors of The New Stack.
TNS owner Insight Partners is an investor in: The New Stack.
SHARE THIS STORY
RELATED STORIES
Coherence Strives to Streamline Cloud Developer Experience 8 GitHub Actions for Setting Up Your CI/CD Pipelines EngFlow Harnesses Google Bazel for Faster Monorepo Builds 4 Tips to Avoid Downtime Risks and Start the New Year Strong Kubernetes CI/CD Pipelines Explained
THE NEW STACK UPDATE A newsletter digest of the week’s most important stories & analyses.
The New stack does not sell your information or share it with unaffiliated third parties. By continuing, you agree to our Terms of Use and Privacy Policy.