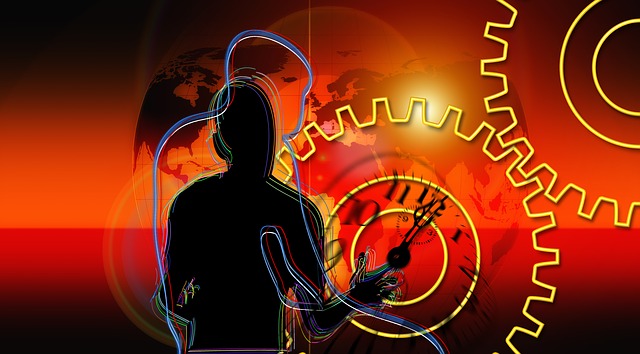 So is the new “thing” a purpose-built database for every use case? That would seem to be the case with Amazon’s recent announcement of Timestream, a time-series database released in beta, which along with its blockchain database Quantum Ledger, also in beta, brings its total portfolio of databases to 15.

Times-series databases have been getting particular attention from upstarts in the market such as TimescaleDB, Iguazio, eXtremeDB and FaunaDB. And DB-Engines ranks the monitoring tool Prometheus among the most popular time-series databases.

Making SQL scale has been a major task among these projects, designed to track changes over time. The high data volume requires high-performance writes as well as high-performance reads, Redmonk analyst Rachel Stephens explains in a report on the time-series database market.

She points out that time-series databases tend not to be great at handling high-cardinality data, so users may also need deep debugging or tracing functionality. In addition, adding Kafka or Spark Streaming infrastructure can help users extract extra functionality from ephemeral data.

In its efforts to work out the kinks of working with time-series data for developers, InfluxData created a new query and scripting language called Flux, that decouples querying and storage.

As a functional language, it allows users to define complex queries through a set of functional transformations on data. It also lets users recompose parts of query functions with user-defined functions, letting them create shortcuts for common functionality.

“It’s horribly inefficient for developers to create the same queries over and over again,” Paul Dix, InfluxData founder and CTO, said in a blog post. “We want common queries and use cases represented and shared so that we stop re-inventing every individual query in InfluxDB. Because we have a common data collector (Telegraf) and a common schema, it should be possible to have reusable queries and functions built by the community.”

More Than a Query Language

In an interview with The New Stack, Dix said Flux, formerly called IFQL, is more than a query language.

It’s actually two different things: The language itself and the query engine.

“We decoupled the language from the engine, so it’s on our roadmap to add other language support. The engine just takes a directed acyclic graph presented as a JSON object, and it knows how to execute that,” he said.

“Under the covers, in the engine, we may not run it exactly as specified because we want to do optimizations, but we don’t want the programmer to have to think about how to structure the query to get the best possible performance. We want them to specify the data flow, then we’ll keep the semantics of that and optimize it to work as fast as possible,” he said.

If you want to do three or four transformations on a set of data, while it’s possible to do it in SQL, it might not be easy and the most readable way to represent it to other programmers.

Flux’s strength, he said, is on doing transformation such as windowing on a base set of data.

“With the time-series use case, you can get really complicated about how you window the data. If you’re looking at server performance, you can say, ‘Look at the time-series data from when the markets opened to when the markets closed for Monday through Friday, then do computations on it. Or for the past month, Monday-Friday when markets were open and do computations on it. ‘ That kind of windowing, we make a first-class citizen. With SQL, you can do it, I believe, but frequently, these kinds of queries become very, very difficult,” Dix said.

Then known as IFQL, the language was first shipped with open source v. 1.4 a year ago, with a lot of changes based on feedback from the community, Dix said. While part of InfluxDB 1.7 and 2.0, Flux also can be run independently.

In a recent episode of The New Stack Makers, Ravi Mayuram, senior vice president of engineering and CTO of Couchbase talked about how Flux compares with SQL.

InfluxData plans for a model that includes both input and output plug-ins, so in addition to being able to bring in data from other sources, you could send it somewhere else.

“You could have results of a query and instead of returning results to the user, you could send results to a third-party service — to another database or a message queue or you could send it right back into InfluxDB. These are data flow problems, and you see in use cases where people want to monitor something, then based on that send output to some other thing. Output plug-ins will enable functions within the language to call for that.,” Dix said.

Plug-ins for Grafana and Sensu monitoring are among those already available.

Susan Hall is the Sponsor Editor for The New Stack. Her job is to help sponsors attain the widest readership possible for their contributed content. She has written for The New Stack since its early days, as well as sites...
Read more from Susan Hall
SHARE THIS STORY
RELATED STORIES
Is This the End of Data Refactoring? 5 Key Questions for App-Driven Analytics Explore or Exploit? Trivago's ML for New Recommendations AWS Brings AI/ML Training to Community, Historically Black Colleges Is Your Data Lineage Helping You Make Smart Decisions and Set Priorities?
TNS owner Insight Partners is an investor in: The New Stack.
SHARE THIS STORY
RELATED STORIES
Accelerating SQL Queries on a Modern Real-Time Database AWS Brings AI/ML Training to Community, Historically Black Colleges How Prescient Devices Uses Time Series Data for IoT Automation Artemis Mission, Telescopes Present Data Challenges for NASA The Immutability of Time Series Data
THE NEW STACK UPDATE A newsletter digest of the week’s most important stories & analyses.
The New stack does not sell your information or share it with unaffiliated third parties. By continuing, you agree to our Terms of Use and Privacy Policy.