For Better or Worse, Richard Stallman Returns to the Free Software Foundation

Open-source is about inclusion, equality, growth, and empowerment. It's no longer a secret or a movement based on purist's ideology.
Mar 23rd, 2021 12:24pm by Jack Wallen 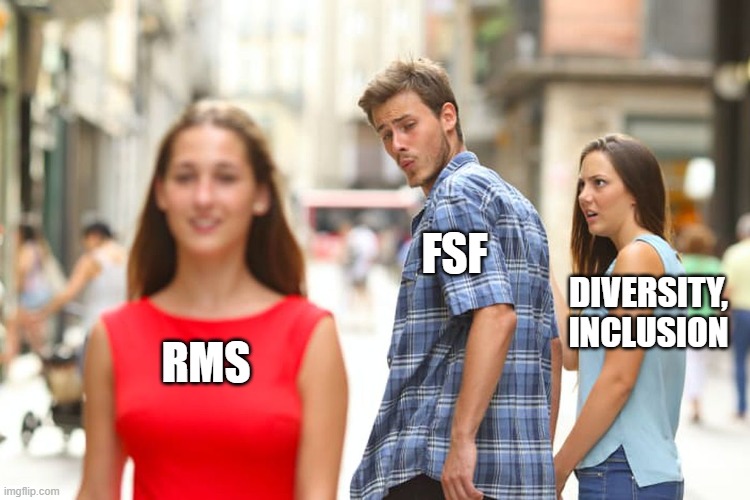 I’ve been mulling over how to approach this piece for over 24 hours. And, to be quite honest, I’m still not sure.

You see, we live in an era that is, rightfully so, driven by the #MeToo movement, in which everyone’s voice counts. So when it was announced that Richard M. Stallman was being welcomed back into the Free Software Foundation to serve on the board of directors, my immediate reaction was, “Why?”

Before I get into this, let’s backtrack a bit and lay out some facts.

Richard Stallman, or RMS for short, has always been a divisive figure. On one hand, he’s been the biggest champion of free software for decades. He launched the GNU project, which set the stage for Linux. You could argue he invented the very idea of “open source,” though he prefers you call it the more stringently-defined “free software.” On the other hand, his rather absolutist take on free software has helped to create a faction within the Linux and open source communities wherein it is looked down upon to use any software that isn’t free. But while doing this, Stallman has accumulated several distinctions and awards.

But at what price? 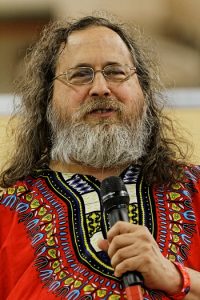 The biggest problem with RMS is that, for the longest time, his primary focus, arguably, was to champion and build a cult-like following instead of open source software. The last true contribution Stallman made to open source was in 2007, when the Gnu Public License, v3 was released. Since then, open source has grown considerably.

The big question is, has RMS?

I remember, once upon a long time ago, walking the halls of my first Linux convention (this was around 1999) and feeling such a connection to a community of underdogs and unique individuals who had one goal — make Linux the dominant operating system on the planet. Among those people were some of the most intelligent developers and hackers I’d ever met. There were also some who preferred Linux and open source remain in the shadows, so it could be this mysterious entity no one knew about or understood. They wanted open source to remain this secret enclave of users and developers who stood above all else in their ability to run an operating system few knew of. They considered themselves l33t, and if you didn’t know what l33t was, you weren’t worthy.

In the decades since Linux and open source have become something fundamentally different. Linux is not only become incredibly user-friendly, but open source has also become the very foundation on which so many enterprise systems are built. With that in mind, I have to ask, “How does RMS fit into the open source new world order?”

Open source is about inclusion, equality, growth, and empowerment. It’s no longer a secret or a movement based on purist’s ideology, and (to be frank) bringing back the old-school ideas of what open source should be could very well be detrimental to not just the open source community, but to enterprise business writ large.

Consider this: Since RMS departed the Free Software Foundation in 2019, the strain between it and GNU has vanished. Those two organizations now exist in a harmony they never enjoyed with Stallman at the helm of GNU.

Beyond Stallman’s odd quirks, there are the more unforgivable moments, such as his comments on pedophilia or the inexcusable comments he made toward the young victims of Jeffery Epstein. That is not to say some of his comments may have been taken out of context (that’s not for me or you or The New Stack to decide), but given the frequency and nature of his trespasses, this is a very dangerous proposition for an organization that has finally gained the respect it deserves.

To be honest, bringing Stallman back into the fold could be a #MeToo bomb that could detonate at any time. Since all of the accusations, there has been no proof he’s accepted his culpability or shown any remorse. In fact, all RMS has done since he made his statements is claim they were taken out of context. Has he bothered to apologize for his insensitive and harmful claims? Is he even willing to make a public statement to give us any indication he’s changed or sees the error of his previous ways?

Open source is about inclusion, equality, growth, and empowerment. It’s no longer a secret or a movement based on purist’s ideology.

So what happens if RMS is re-installed into the FSF and the domino effect is that enterprise businesses have to rethink whether or not they can support a software movement because of one man?

The Free Software Foundation cannot afford to wear such blinders, not unless they’re willing to risk a setback caused by possible backlash from public opinion. Yes, there will be those who cheer this move. Why? Stallman has a fairly large base of followers. That doesn’t mean this is the right path to take. And given that RMS has announced (via a video shared on Twitter) that he’s back on the FSF board of directors once again after being ousted in 2019 for his comments, it should come as no surprise to the organization that other members (such as Vicky Brasseur) did not take the news well. Brasseur took to Twitter to say about the RMS news, “Despite that well-known toxicity, @FSF has announced that RMS is returning to its board of directors. Their one step forward in Sept 2019 converted to two large steps back to the #FreeSoftware dark ages.”

Brasseur continues to say, “I’m now ashamed I joined @FSF in Sept. 2019. I feel deceived, led to believe the org was committed to change. Reinstating RMS on the board proves they’re only committed to the status quo and keeping the old guard in power rather than evolving the movement toward inclusion.”

Powerful words that should be speaking truth to power. The big question is, will the Free Software Foundation listen? For a group that professes freedom and liberation, welcoming Stallman back into the fold is going to be a challenge to spin.

As someone who has watched open source evolve over the decades, I’d hate to see such a move take the community (and everything positive it has done) and push all of that forward momentum back a decade.

SHARE THIS STORY
RELATED STORIES
2022 in Review: AI, IT Armies, and Poems about Food Watch Out, Attackers Have Their Heads in Your Cloud! 2023 Will Be the Year FinOps Shifts Left Toward Engineering Entrepreneurship for Engineers: Building for Customers’ Love SRE Housekeeping: Where to Get Started for New Hires
TNS owner Insight Partners is an investor in: The New Stack.
SHARE THIS STORY
RELATED STORIES
It Happened to Me: How I Suddenly Owed AWS $13,000... Wellspring of Creativity: Why Public Domain Matters Java's James Gosling on Fame, Freedom, Failure Modes and Fun Watch Out, Attackers Have Their Heads in Your Cloud! Entrepreneurship for Engineers: Avoiding Feature Bloat
THE NEW STACK UPDATE A newsletter digest of the week’s most important stories & analyses.
The New stack does not sell your information or share it with unaffiliated third parties. By continuing, you agree to our Terms of Use and Privacy Policy.