For Competing Recruiters, Twitter’s Turmoil Could Be a Gift

Elon Musk is buying the social media giant, which may spark an employee exodus. How can you scoop up IT talent without turning off candidates?
Apr 29th, 2022 11:34am by Maria Korolov 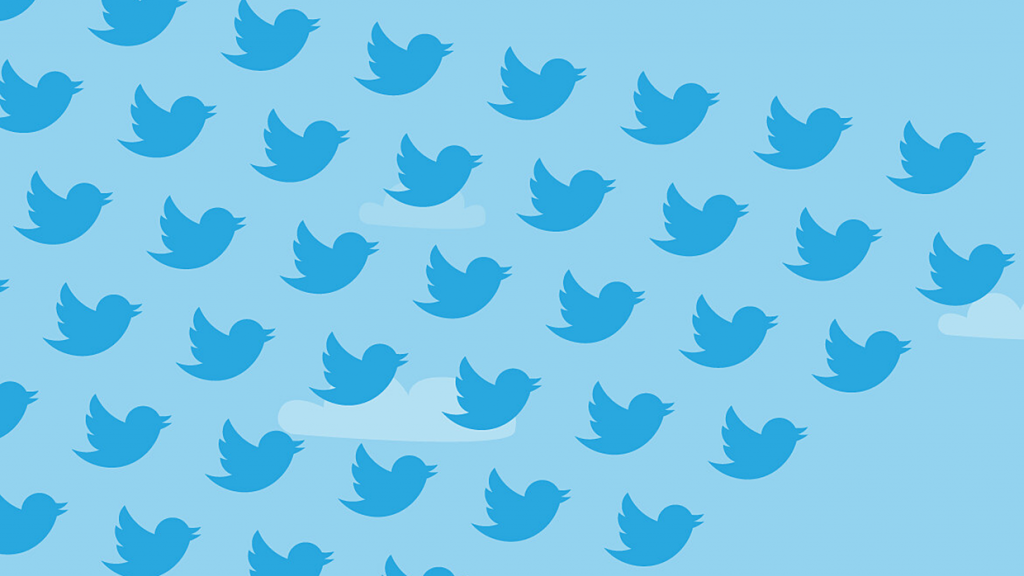 Just two days after Elon Musk reached a deal with Twitter’s board to purchase the company for $44 billion, he attacked two of the company’s executives. That is not a good way to start out if he wants to endear himself to Twitter’s employees.

Plus, in his offer letter to Twitter, Musk himself stated, “I don’t have confidence in management.”

The prospect of Musk taking over Twitter has its employees uncertain about their futures — and recruiters for IT roles licking their chops.

“I’m sure every headhunter in the world has their eye on Twitter,” said William Morgan, CEO at cloud technology startup Buoyant, who used to manage engineering teams at Twitter.

Putting the Cocaine Back in Coca-Cola

Musk has a history of posting questionable Tweets, which have generated public-relations problems and legal cases. His Tweets about Tesla led to Security and Exchange Commission fines — and he wound up having to step down from his role as Tesla’s chairman as a result.

Then there were the multiple times he spread COVID-19 misinformation. Or that time he announced, “I put the art in fart.”

Or this past Wednesday, when he tweeted this out to his 88 million followers:

Musk also has a reputation for being a tough person to work for.

Twenty-three percent of SpaceX employees think that the company is doing what it should to retain them, according to April data from employment market research firm Comparably — while 77% may be considering new employment.

In 2019, research firm AllianceBernstein found that turnover among Tesla executives was higher than at seven other high-profile tech companies, including Facebook, Amazon, and Uber.

Tesla had an annualized turnover rate of 44% among executives who report directly to Musk and 27% for all executives at the company, said analyst Toni Sacconaghi. That compares to an average of 9% at other companies in Silicon Valley.

In light of all this, many Twitter employees have already begun expressing their concerns about the company’s new ownership.

Jay Holler, an engineering manager at Twitter, posted a reminder that people “can just walk out … you can leave,” and other Tweets and retweets critical of Musk.

Leaders at other tech companies see opportunity in all this turmoil. Twitter reported it had more than 7,500 employees as of its December annual report. How many of them might be persuaded to leave?

That’s not unique to Twitter. The same thing happens at any company that undergoes a massive change. But everything else about this situation is unique, Morgan added. How big the changes are, and who’s going to be affected most, is still up in the air.

The Tesla CEO has gone on record as saying he opposes restrictions on free speech that go beyond the law. (However, some observers have suggested that his real interest in Twitter is its massive datasets, which would be a boon to his investments in artificial intelligence (AI).)

Content moderation at Twitter has been a big issue for Musk, Morgan said. “So I would expect that to change, and I would expect people who are involved in that most directly to be in the hot seat.”

“I’m sure every headhunter in the world has their eye on Twitter.”

There might also be changes in Twitter’s organizational culture, he added. “When I was there, it was not a high-turnover culture,” he said. “That will be a big shift.”

At Musk’s other companies, new employees continue to stream in to replace those who are burned out through overwork or who leave because of Musk’s management style. They are attracted by Musk’s lofty visions for his companies — Tesla is making electric cars happen, and SpaceX will take us to Mars.

“Twitter already has a lofty goal of being a global town square,” said Morgan. “I don’t see that goal changing.”

That said, he’s looking forward to hiring engineers away from Twitter for his company. “Twitter has some really interesting talent because it was one of the earliest adopters of cloud technology, even when I was back there in 2010,” he said.

The company has some very talented folks focused on cloud and Kubernetes, he noted. But, he added, there are also many other roles at Twitter.

Recruiting Tip No. 1: Don’t Be Mercenary

Companies shouldn’t be heavy-handed when trying to hire away Twitter employees, Morgan suggested: “Do a gentle ping.”

If the approach is too mercenary, he said, it can backfire: “You have to have a certain amount of empathy for folks in this situation. Put yourself in the mindset of a Twitter employee, still in shock, probably, from how rapidly this happened.”

He also counsels patience. “Even if the employees are not ready to make the change today, in six to 12 months, as things evolve, it might change,” Morgan said. “I wouldn’t treat it as an immediate transaction. I would treat it as establishing a relationship.

“That’s our plan as well, as we look at this situation. Buoyant is hiring. A lot of roles we’re looking for can be filled by folks at Twitter, but our approach is not to be overly mercenary about it.”

Employees at large technology firms frequently get contacted by recruiters, he said. Many people discount any cold email or LinkedIn contact as auto-generated spam.

That was certainly the case when Morgan was at Twitter. “There were always a lot of recruiting efforts directed at you, and you built up a tolerance for those and ended up not looking at them,” he said. “I’ve been on the receiving end of bots and people who just spray and pray.”

Today, the amount of recruiting cold outreach is probably going up ten-fold, he said.

To break through, companies should look for connections they might already have between their employees and Twitter. “Reach out through someone with an existing relationship,” Morgan said. “Hiring through referrals is almost always better because you start with a warm situation.”

It also helps to be able to offer employees meaningful work, he added.

Employee attitudes towards work have changed since the start of the pandemic, as documented in a January study of more than 3,500 workers by the analysts at Gartner.

“You have to have a certain amount of empathy for folks in this situation. Put yourself in the mindset of a Twitter employee, still in shock, probably, from how rapidly this happened.”

Nearly two-thirds of people surveyed said they have rethought the place that work should have in their life, and more than half said that the pandemic has made them question the purpose of their day job and made them want to contribute more to society.

According to a Flexjobs survey released in April, the top reason people had for leaving their jobs was a toxic company culture.

And, last fall, a study by Blue Beyond Consulting and Future Workplace demonstrated the importance of values. Fifty-two percent of workers in the Blue Beyond survey said they would quit their job — and only one in four would accept a new position — if company values were not consistent with their values. In addition, 76% said they expect their employer to be a force for good in society.

Companies should be able to explain how they are improving people’s lives, said Buoyant’s Morgan.

“You need to have a vision that’s clear,” he said. “Make sure it’s upfront and authentic, not something made up. Because people can tell. We’re very fortunate to work in an industry where we can ask of our jobs not just a salary and stock options but for our jobs to be meaningful and make us feel that we’re spending our time on a mission that’s worthwhile.”

The pandemic and the Great Resignation have made employees more reflective about purpose and values, echoed Sachin Gupta, co-founder and CEO at HackerEarth, a hiring platform for filling developer jobs.

Said Gupta, “In a changed world like this, it is par for the course for talented developers to quit companies if their personal ideals do not align with leadership goals.”

Like Morgan, Gupta believes that Twitter employees are probably being flooded with recruiting emails right now — but that doesn’t mean that none of those messages will get read.

“If someone is indeed looking out for opportunities, they are quite likely to check their email,” he said. “The key is to make sure that the email is personalized and doesn’t look like spam.”

For example, a simple subject line that works for him is, “Sachin from HackerEarth.”

“This shows that you are a human and gives some context on who you are, which is enough to get people to open the email,” he said. “The content should be written simply, addressing the person directly, and should end with something like, ‘If you don’t want me to follow up, please let me know, and I won’t bother you.'”

“In a changed world like this, it is par for the course for talented developers to quit companies if their personal ideals do not align with leadership goals.”

The tech firm Branch, which helps companies with mobile marketing, also uses various tech tools, including those powered by AI, to help reach candidates. But it uses traditional approaches as well.

The startup has hired more than 100 new employees over the last six months, she said.

The first step when approaching Twitter would be to identify roles that her company needs to fill and then match skills that would be relevant to the candidate’s role at Twitter, she said. That way, Branch can share a relevant job.

“Our team knows there is fatigue around recruiter outreach directed at top talent,” she said. “So we are very intentional about what we say when contacting someone, to show that we actually read the person’s profile, that we have something in common, and that we have a good reason for the person to want to connect with us.”

SHARE THIS STORY
RELATED STORIES
How to Boost Mastodon Server Performance with Redis Why So Many Organizations' Artificial Intelligence Initiatives Fail IOTA Distributed Ledger: Beyond Blockchain for Supply Chains Enterprise Blockchain Is Doomed Data Modeling: Part 1 — Goals and Methodology
SHARE THIS STORY
RELATED STORIES
Data Lake Security: Dive into the Best Practices Surmounting the Challenge of Building Web3 Applications  The Architect’s Guide to Data and File Formats  Streamline Event Management with Kafka and tmctl Wellspring of Creativity: Why Public Domain Matters
THE NEW STACK UPDATE A newsletter digest of the week’s most important stories & analyses.
The New stack does not sell your information or share it with unaffiliated third parties. By continuing, you agree to our Terms of Use and Privacy Policy.