Forrester: 96% of Businesses Have Had Cloud Security Probs

In a survey of 154 cloud security decision-makers for Amazon Web Services (AWS) and Sonrai Security, Forrester Consulting found that 96% of respondents had experienced cloud security problems.
May 4th, 2022 5:00am by Steven J. Vaughan-Nichols 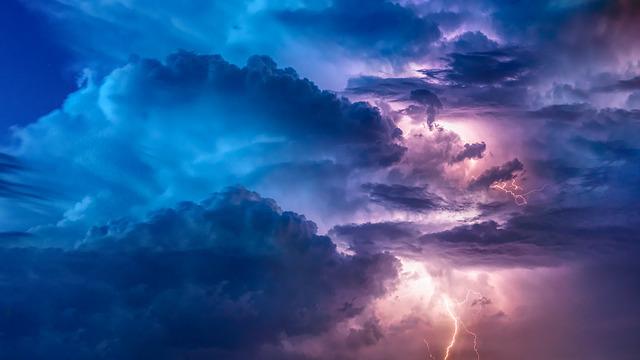 We all know that our clouds are under constant attack, but what Forrester Consulting found in a survey of 154 cloud security decision-makers for Amazon Web Services (AWS) and Sonrai Security, a public cloud security company. Ow!

In the study, Identity Controls Are Central to Enterprise Plans for Cloud Security, of those, 98% of attacks involved identity-related security challenges. Of these, according to Sonrai, these problems aren’t with people’s identities, but with all the systems and service identities used to run cloud applications. So it is that “cloud decision-makers struggle with overly complex access control policies, a dispersed view of cloud platform identities, and over-privileged cloud admin users.”

These non-people identities include bots, serverless functions, the infrastructure of code, and compute resources. And with every new technology comes new unique identities with their own set of risks. As Eric Kedrosky, Sonrai’s CISO observed,

Due to digital transformation, there are far more non-person identities than personal identities, which means your risk profile is increasing, often in ways and areas unknown to you.”

The survey’s respondents agreed. Over half, 56%, said identities not attached to individuals are out of control in the cloud. As a result, 82% said they expect to have invested in new identity access management (IAM) tools to address this issue by 2023. 74% went so far as to say that cloud migration requires a different IAM approach.

So what can you do about it? Kedrosky agrees with the respondents that machine learning, automation, and DevOps integration are key to addressing security issues. As for IAM in specific, he believes that to get the true risk picture of their public cloud, organizations require context beyond just the identities themselves.” That means connecting identities with business data and overall platform risk through Continuous Cloud Security Posture Management (CSPM) and workload security. For this to really be effective it needs to be deployed using intelligent workflows and automation, so it moves at the cloud’s speed and the scale.

While identity is a real cloud security sore point, it’s not the only one. Others included:

Behind these specific security problems are more general ones. These include legacy tools that don’t integrate well with the cloud, 45%; too complicated access control policies, 40%; regulatory compliance issues, 40%; and over-privileged users, 40%.

Behind all this is a simple truth that cloud admins and developers have almost no cloud security skills. Until they gain the necessary expertise with automated tools designed to manage cloud-level security issues, we will always face significant cloud security problems.

SHARE THIS STORY
RELATED STORIES
What Trouble Awaits Cloud Native Security in 2023? Entrepreneurship for Engineers: Building for Customers’ Love Data, Analytics and AI: What Will Happen in 2023 Crossplane: What Most People Get Wrong (and How to Get It Right) Swarm, a User-Friendly Alternative to Kubernetes
SHARE THIS STORY
RELATED STORIES
Agent-Based vs. Agentless Security: Which Approach Is Better? 4 Cloud Security Considerations for Financial Services Firms Data, Analytics and AI: What Will Happen in 2023 5 Best Practices for DevSecOps Teams to Ensure Compliance Choosing the Right Container Native Storage for AWS Public Cloud
THE NEW STACK UPDATE A newsletter digest of the week’s most important stories & analyses.
The New stack does not sell your information or share it with unaffiliated third parties. By continuing, you agree to our Terms of Use and Privacy Policy.