IT research firm Forrester says there are four best practices for serverless development, including designing for ephemeral functions.
Sep 9th, 2022 6:00am by Loraine Lawson 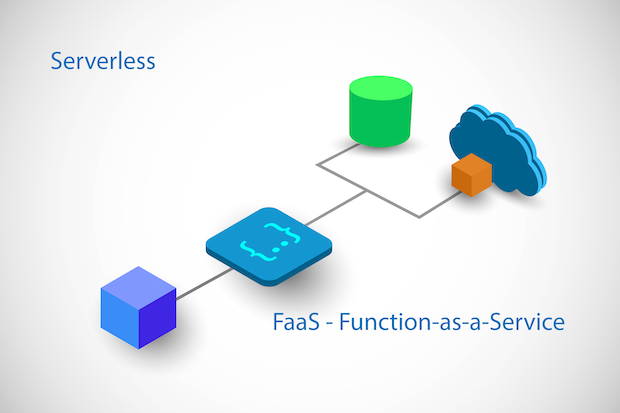 Serverless development is rapidly maturing, according to Forrester analyst Devin Dickerson, who researches trends and best practices about the approach.

Dickerson is the lead author on a new report on best practices in serverless development and delivery. The New Stack asked Dickerson to explain what developers need to know about a deployment in serverless environments.

In many ways, the growth of serverless can be traced to the DevOps movement, which pushed some operations issues back to development, Dickerson said.

Of course, serverless doesn’t mean literally serverless. It’s just that the server is managed and virtual. But for developers, serverless eliminates many of the operational hassles — which may explain its popularity. In Forrester’s 2022 developer survey, 33% of 2,452 developers said they are currently using serverless architecture, with an additional 30% reporting that they want to use it.

One of the biggest considerations with serverless is that applications are deployed in functions that only run when invoked or triggered by an event.

With traditional microservices-based applications, and even monolithic applications, the developer has a full view of what’s going on in production, Dickerson said. That’s not the case with serverless applications, where there are parts that simply aren’t running sometimes.

“When you do design a serverless application, you have to consider that it’s not going to be running all the time,” Dickerson said. “Once they’re not running anymore, they will go away.”

Designing for that means making microservices discrete, single-responsibility functions. It also means designing functions to execute and then go away, the report notes.

“When serverless developers build for short-running, independent workloads, they gain the benefits of autonomous horizontal scaling that can complete in a fraction of the time and at a fraction of the cost,” the report stated. Function payloads should be small and reduce dependencies to deliver optimal performance, it added.

Serverless architecture works well if there are independent workloads with sporadic demand, but it’s not the best approach to use if you have “serialized units of work that are difficult to process in parallel,” the report stated.

While function-as-a-service platforms — such as AWS Lambda, Azure Functions and Google Cloud Functions — are key for development, they’re only a starting point, Forrester contended. Developers can also pair functions with event-driven microservices as a best practice.

“There are serverless applications that are fully serverless, so you might have a situation where you’ve developed a capability where the use case is appropriate to do the whole thing serverlessly,” said Dickerson. “But more often, you will see serverless functions alongside microservices and overall cloud native application.”

Building microservices as discrete functions that consume and emit events can allow developers to take “full advantage of the ephemeral scale-out benefits of functional programming,” the report stated. It recommended four steps in implementing event-driven microservices as functions:

Design Functions with Autoscaling in Mind

To design functions with autoscaling in mind, break activities into small independent tasks that can deploy individually. Developers should also minimize the mount of time functions spend waiting to deploy, since execution time is the biggest cost driver in a serverless environment, the report cautioned.

An application running with multiple serverless, functions, and receiving events at different times requires a more robust approach to testing, in which the developer tries to simulate things that could go wrong in production. Netflix has used this chaos testing approach to great effect, he added.

“Chaos engineering is essentially when you try to break your own system […] with the purpose of creating more resilient applications,” Dickerson said. “This is not unique to serverless, but it is a technique that should be used with serverless.”

Loraine Lawson is a veteran technology reporter who has covered technology issues from data integration to security for 25 years. Before joining The New Stack, she served as the editor of the banking technology site, Bank Automation News. She has...
Read more from Loraine Lawson
SHARE THIS STORY
RELATED STORIES
The 'S' Word: How Frontend Developers Can Embrace Security Prepping for 2023: What's Ahead for Frontend Developers Wasm for the Frontend: A Look at Developer Use Cases JavaScript or WebAssembly: Which Is More Energy Efficient and Faster? Netlify Acquires Gatsby, Its Struggling Jamstack Competitor
TNS owner Insight Partners is an investor in: The New Stack.
SHARE THIS STORY
RELATED STORIES
Anil Dash on Mastodon Joining Fastly’s Open Source Program Core Wars Shows the Battle WebAssembly Needs to Win Prepping for 2023: What's Ahead for Frontend Developers Learning Storage and Retrieval with a Hash Function A Leg-endary Year: Top 5 Internet Technology Stories of 2022
THE NEW STACK UPDATE A newsletter digest of the week’s most important stories & analyses.
The New stack does not sell your information or share it with unaffiliated third parties. By continuing, you agree to our Terms of Use and Privacy Policy.