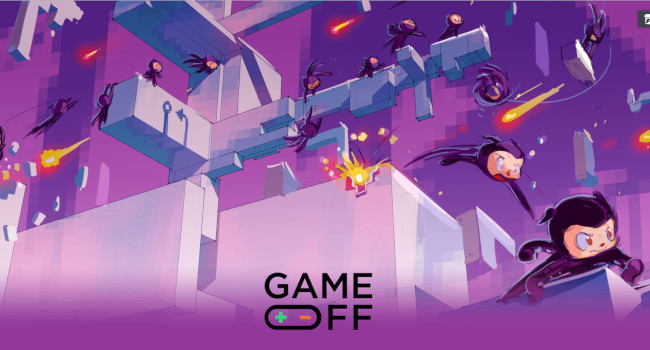 Four different programming events happen each year in the month of November that all offer coders a way to enjoyably pass their idle hours. They also offer a glimpse at the culture of the developer world. They go to show that you can learn a lot about a community by the games that it plays — or in some cases, the games it creates.

November is the month for GitHub’s eighth annual game-coding hackathon, Game Off. “Newbies, professional game developers, and everyone in between are welcome to join us…” wrote Lee Reilly, GitHub’s senior manager for developer marketing, in a blog post announcing this year’s event. “It’s a great excuse to learn a new technology, collaborate on something over the weekends with friends, or create a game by yourself for the first time!”

Games of all kinds are uploaded to the game-hosting site itch.io, with code shared on GitHub, and submissions are welcomed throughout the entire month of November (and, just to make things interesting, through Dec. 1 at the truly elite time of 13:37 p.m.) The theme for this year’s competition? Leaps and bounds. (“Let your imagination run wild and create a game loosely-based or inspired by that theme using whatever game engines, libraries or languages you prefer,” reads the contest’s official annual announcement of the theme.

And developers are already sharing some of the fun on Twitter:

#GitHubGameOff Day 9: I was still busy today but here's the work of @PatteDeCanaard on the enemies ! Aren't they cute ? #GodotEngine #indiedev #gamedev #IndieGameDev pic.twitter.com/876xmHVZLL

Testing a tileset and some platforming verbs for my little #GitHubGameOff #metroidvania using #godotengine pic.twitter.com/YBRGFkpalo

Running last weekend, RunCode is a kind of coder showdown, a fun online competition of programming challenges that ran last Veteran’s Day weekend. “RunCode was created as a means to get individuals and organizations interested in learning to code,” explained the competition’s official doc page. “The best way to become a better programmer is by, well, programming. We created RunCode as a vehicle to challenge programmers at all experience levels in a fun and competitive fashion.”

Back in 2017, I joked that the event “was started by four young men who apparently met in an organization which takes the honing of skills very seriously — the U.S. Army,” though they were running the event on their own time. A West Point newspaper reported that they’d been holding live events four times a year since 2015, offering on-site competitions at places like the U.S. Military Academy prep school — but they’d soon decided to add an online version. And in a nod to the cutting-edge technologies of today, the competition’s FAQ assures participants that thanks to the power of virtualization they can’t break the site’s web server, even if their code submissions have a bug. “The isolated machine that runs your code, runs it inside an isolated (sandboxed) Docker container. The only thing you can break is your own environment.”

RunCode “evolved last year toward more of a security focus,” reported Ars Technica, noting that this year’s contest included a mix of easy, intermediate, and hard problems. “The tasks include challenges in networking, math, encryption, forensics, ‘pwning,’ reverse-engineering, and web hacking, among others.”
And the lucky skillful winners won some nice and thematically-appropriate prizes which included a Raspberry Pi 4 Kit and some security testing tools.

That's a wrap for our 2019 Competition! Thank you to all of our competitors who took the time to take a crack at our challenges! https://t.co/504ZcCCchw is a labor of love and we enjoy giving back to the community!#Programming #runcode pic.twitter.com/cuLXatJrWF

This week also saw the end of the 25th annual “Interactive Fiction Competition,” in which 82 contestants each submitted what they hoped would be the next great text adventure. Run by the nonprofit Interactive Fiction Technology Foundation, the event billed itself as “an annual celebration of new, text-driven digital games and stories from independent creators.”

For six weeks players rated each new game on a scale from 1 to 10.

The voting finally ended Friday at the stroke of midnight, and the winners are expected to be announced Nov. 17. They’ll also honor the contest’s tradition of announcing both the game with the highest average score, and the game scored most highly by the creators of the other games. But there are dozens of small cash awards — along with a selection of donated prizes ranging from gift certificates and magazine subscriptions to books, games, and even pledges of artistic services. And in addition, every year there’s also a very special award — the Golden Banana of Discord — recognizing whichever game achieved the widest variation in its scores from the judges, signaling the highest level of disagreement. With titles like Zozzled and URA Winner! there was plenty of fun for everyone.

Twenty years ago amateur writers started a new tradition: trying to finish a 50,000 word novel in the month of November. But for the last seven years, there’s been a companion event where programmers try to generate a novel using algorithms.

Hey, who wants to join me in NaNoGenMo: spend the month writing code that generates a 50k word novel, share the novel & the code at the end

“You don’t have to be an AI wizard to participate, either,” the event’s founder Darius Kazemi, posted on Twitter. He describes himself as an internet artist who also co-founded a creative technology cooperative in Portland, Oregon.

“The only rule is that you share at least one novel and also your source code at the end,” explained the event’s official page on GitHub. Participants declare their intent to participate by opening an issue on the GitHub repo for this year’s edition of the contest.

The event opens up some strange and unexpected possibilities — because of both the algorithms and the unpredictable humans involved. “The ‘novel’ is defined however you want,” explained the GitHub page. “It could be 50,000 repetitions of the word ‘meow.’ It could literally grab a random novel from Project Gutenberg.”

As geeks code their way through November, National Novel-Generating Month — or NaNoGenMo — seems to be keeping one eye on the shape of things to come. Last month Publishers Weekly reported that 352 AI researchers have predicted that AI will write a best-selling novel within 20 years, “and NaNoGenMo offers a very early glimpse of that future.” Kazemi told Publishers Weekly the contest has already resulted in nearly 45 million words of AI-generated prose while acknowledging that it’s truly difficult to artificially generate text that can hold someone’s interesting past 1,000 words.

AI experimenter Janelle Shane told Publishers Weekly she’s participated twice, and that it’s always been an illuminating experience to see all the creativity that participants bring to the event. “[I]f you give 10 artists the same tool, they’ll come up with 10 very different things. NaNoGenMo highlights this ingenuity and all the different things we can draw out of the same base model.”

Like all of the programming events in November, Nanogenmo showcases the unique excitement that comes from confronting the challenges of creating things with code.

It’s been said that you become what you celebrate — so it’s nice to see that as autumn turns to winter, and in different parts of the world, we’ve found four different and unique ways to celebrate the creativity of coders.

Share this story
RELATED STORIES
A Redesign for The New Stack Internal Developer Advocacy: What Should You Do Next? How to Bridge the Developer-Designer Gap How Idit Levine’s Athletic Past Fueled Solo.io‘s Startup Adobe's Internal Developer Platform Journey and Lessons
Share this story
RELATED STORIES
Burning Man Returns with a Quest for Sustainability, Meaning Tips to Make Your On-Call Process Less Stressful Cloudflare’s Kiwi Farms Support May Soon Hurt Its Bottom Line Internal Developer Advocacy: What Should You Do Next? Improve Access to Maximize Security and Worker Productivity
THE NEW STACK UPDATE A newsletter digest of the week’s most important stories & analyses.
We don't sell or share your email. By continuing, you agree to our Terms of Use and Privacy Policy.
TNS owner Insight Partners is an investor in: Docker.