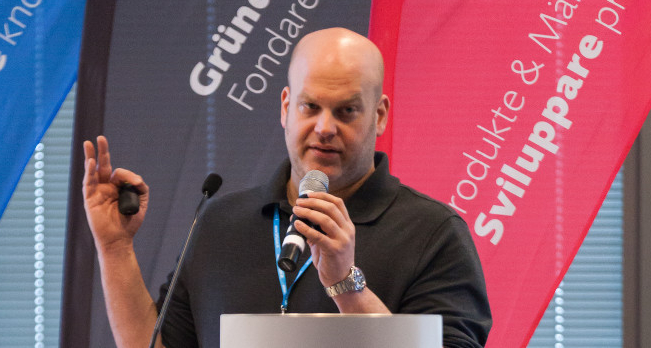 Karlitschek is a longtime software developer and entrepreneur. A strong supporter of freedom, privacy and open web, Karlitschek has been in the open source world for more than 20 years. One of the biggest open source projects that he was involved with was KDE where he contributed for more than 15 years. He was also a board member and Vice President of KDE e.V.

Karlitschek is German and like many Europeans has a very strong technical background. He studied computer science and worked as a software developer and system administrator in the beginning, but quickly moved into management. He started his career in consulting companies, mainly in software development of web applications. Later he moved into the management of engineering teams, business units and senior management.

The reason he got involved with the open source, in his own words was, “I found it fascinating how software can be developed in a collaborative fashion over the internet. The fact that a lot of contributors are volunteers, who do it without expecting any monetary gain in return is also very interesting. I realized how superior this way of writing software is compared to closed internal waterfall processes.”

In his early open source days, Karlitschek started many critical open source projects. “In the late 90s, the dream of the Linux community was to conquer the Desktop. This is what I tried to achieve in the KDE community,” said Karlitschek. “I created the first App Store for applications years before Apple or others did this. Also a social network for contributors way before Facebook and others. But at the end, it became clear that the strength of open source and Linux is more on the server side.”

Karlitschek tried to create a business model around it, but his monetization from the App Store was limited to advertisements. Later he started other initiatives like userdatamanifesto.org and Open-PC before founding ownCloud and Nextcloud.

There is an interesting story behind ownCloud inception. Since KDE was Europe-centric, the KDE community organized its first US-based event in 2010 to attract more North American developers and asked Karlitschek to deliver a keynote. In the search for some “revolutionary” topic, he ended up talking about ownCloud as a fully open source, user-controlled alternative to services like Dropbox. That was when Google Drive didn’t even exist. ownCloud already had clients for macOS, Linux and Windows whereas Google still hadn’t created a Google Drive client for Linux.

Karlitschek said that with the advent of cloud-based file storage and sync services, he grew concerned about the ownership of the data and privacy of users. That’s when he started ownCloud, which was a fully open source project that users run on their own servers with complete control over their files.

From ownCloud to Nextcloud

Karlitschek was surprised with the response that he got from the community. ownCloud grew so big that Karlitschek ended up co-founding a company around it. Karlitschek moved to the US to run the project as the chief technology officer. ownCloud continues to grow in popularity, especially in Europe.

However, there was a fallout between Karlitschek and other members of the ownCloud team. While the details are murky, Karlitschek claims that they failed to maintain the balance between the needs of the company and the community. He ended up forking ownCloud and created a new project and company called Nextcloud. All core developers left ownCloud and joined Nextcloud. ownCloud shut down its US office and moved to Germany.

Learning from the mistakes of ownCloud and to ensure Nextcloud will be protected from the same fate, he took some measures — he is creating a foundation around Nextcloud, which shares the name’s trademark. He also eliminated the CLAs so anyone could freely contribute to the project. Last but not least, he removed the distinction between the enterprise and community version. Now there was just one piece of software — Nextcloud — that was a commercial product as well as project, just like Ubuntu.

When asked about the project stats of Nextcloud, since it’s a relatively new project due to the fork, he said, “It’s hard to say because people contribute in different ways. But if you look at code contributions, translations and other areas, the Nextcloud community has between 500-1,000 active contributors.”

Nextcloud is one of the most important, though often overlooked, open source products that organizations should consider when moving their files to the cloud. In doing so, they lose control and ownership of these files. Nextcloud and ownCloud give back that control while also enabling “customers” to become contributors and influence the features and direction of the project.

Karlitschek not only managed to create a critical open source product, he also managed to create a successful company around it which is now creating job opportunities for open source developers. It’s also creating pluggable projects for companies like Collabora Productivity that offers the Productivity Online Suite, for which Nextcloud offers the storage capabilities.

Nextcloud follows the traditional Red Hat business model where the product is available for free but enterprise customers can buy support subscriptions. “This company contributes to the development of the Nextcloud. The interest of the Nextcloud GmbH is that feature-rich, high-quality and scalable product. It’s also important that the employees of the Nextcloud company have knowledge in all areas of Nextcloud because they want to provide high-quality support to customers,” said Karlitschek.

“It is one of the key challenges for open source. Nextcloud gets a ton of contributions from volunteers. But it is also important to have full-time people working on the more challenging parts of the architecture,” Karlitschek said.