Full Speed Ahead for Tugboat, the iOS Client for Docker 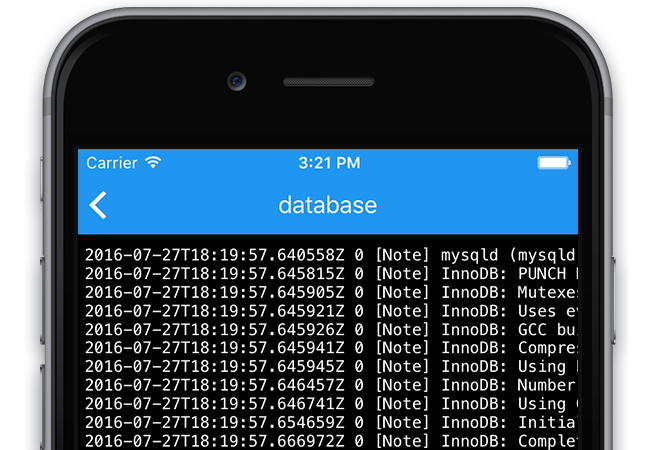 There are more than two million iPhone apps out there but, until now, there’s not been one aimed at developers looking to manage Docker instances. Enter Argentinian company Manas Technology Solutions, whose Tugboat app offers users the ability to manage their containers from IOS devices. 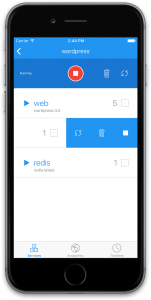 With Tugboat, entire stacks and services can be managed with a single action.

According to Nicolás di Tada, Manas’s CEO, the app was not developed in response to a customer’s demand but because Manas’s own engineers wanted a way to manage their own Docker deployments from a single screen.

“We believed that if we had a need for such an app internally, there would be other customers who would want it too,” he said.

Tugboat, which costs $9.99, offers the ability to handle multiple Docker accounts and switch between with one tap. It also allows developers to monitor all their service logs in real time, while on the move. Di Tada said that the app would particularly appeal to organizations who had to juggle several clients, thanks to the ability to control multiple accounts.

He explained that the app required no major customer intervention. “You simply log in to your Docker account, there’s no input required from the user; Tugboat will fetch the application for you.” And, he added, there’s no limit to the number of accounts that the app will handle. At this time, the service only works with Docker Cloud. 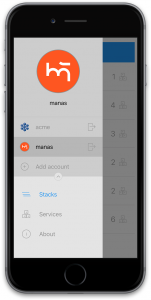 The app was launched in February and Manas has thus far seen a couple of hundred downloads. Di Tada said it was too early to have gathered much customer feedback but he said the company was already planning several enhancements.

“We have a few ideas,” he said, explaining that the company was improving its troubleshooting so that customers can be notified more quickly if there’s a problem. He said that Manas was also looking to add the ability to launch new services as well as managing existing ones. The company does not yet have any plans to offer a version for other operating systems.

“We don’t have any plans for Android,” said Di Tada, though adding he wouldn’t rule out the idea.

Tugboat may have attracted a couple of hundred downloads but one analyst isn’t wholly convinced of its worth as a business app.

“It may have its place, but I’m not quite sure where,” said Clive Longbottom, co-founder and director of IT research firm Quocirca. He said that di Tada may well be correct that there’s no other iOS app to directly manage Docker containers but that’s not the point. “A systems administrator needs to be able to see and manage everything from a single window, whether they are at their desk or mobile.”

Longbottom thought that most organizations would stick to existing tools. “The majority of existing full-service systems management tools have mobile versions, and are increasingly providing built-in container management alongside virtual machine management,” he said, pointing out most users would want something more sophisticated.

“The price can easily be expensed through the company, I’d be looking for something more rounded and useful across the whole platform,” he added.

But di Tada said that the app would be useful for anybody managing Docker applications with an enterprise environment. “If you’re just playing with Docker then you won’t want to spend $10 on this but if you’re managing lots of accounts you will. After all,” he added, “we’d have paid for it.”