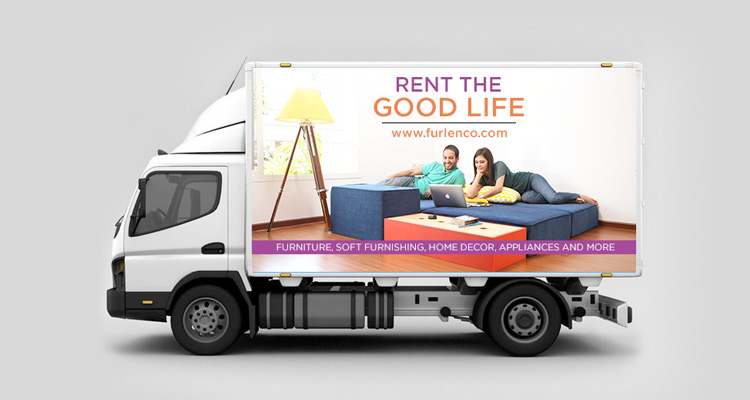 Think of Furlenco as a Netflix for furniture. Or a clever way to keep couches out of landfills. You select whatever furniture you want online, and it’s delivered to straight your house. When you’re ready for something new, you just send it back — the company comes and picks it up — and delivers your next order. [Limit: once per year.]

It all happens “at a time of your convenience,” according to the website for the company, a promising furniture-rental startup in India that just received $30 million in financing.

“Bored of your furniture? Change the look of you home every year with our swap feature,” gushes the Furlenco site, promising “premium furniture rentals.”

TechCrunch explained the specifics of the operation. “Furlenco employs a large staff of designers to actually create better furniture from scratch. The pieces are designed with longevity in mind, utilizing a lot of solid wood that can easily be refurbished.”

Of course, the service is especially handy if you’re moving into a new rental unit. The company just picks up your old furniture and delivers it your new location. TechCrunch sums up what makes the service so appealing in one word. “Tired of the way a room looks? Swap. Moving from Bangalore to Pune for a new high paying tech job? Swap…”

Furlenco is touting other benefits, too, including free professional furniture cleanings every year for your furniture. In fact, its site features a slick video that appears aimed at eliminating the stigma of renting used furniture by detailing the company’s extensive cleaning process. (“Germ termination with UV light. Vacuum dusting. Soap water cleansing. In-depth foam rinsing…”)

And of course, it also offers customers a chance to purchase a damage waiver…

Furlenco ultimately wants to become a mass-market service, judging by the company’s emphasis on keeping everything reasonably priced. It’s site points out that two large pizzas cost more than their monthly rent on a three-seater couch, and there’s also favorable comparisons to the cost of a gym membership, and even pretty close to the cost of two Imax 3D tickets. (“Two Imax tickets cost about 1000 rupees, while the Bounce Basic costs 1,200 rupees/mo.”)

Though it’s very rare for an Indian startup to receive $30 million in funding, Furlenco wasn’t exactly a crapshoot. It’s surprisingly easy to predict future revenue when you already have a base of steady subscribers. “Furniture utilization remains above 95 percent, which means that the company doesn’t need large warehouses to store unrented items that are losing money,” TechCrunch reports, noting the company’s furniture is already in 15,000 homes. And the company’s founder and CEO, Ajith Mohan Karimpana, also has a solid background in business. He’s a former ex-Goldman Sachs banker. But TechCrunch points out that “Like any good founder story, Karimpana explains that his idea was rejected by 30-40 venture capitalists before one finally took notice.”

But now he’s looking forward to a bright venture capital-funded future. In an article on the Huffington Post, Karimpama now predicts that within three years, the company will have furniture in 200,000 homes. And in five years, it’ll be one million. He describes his business as “a full stack rental model,” so even bigger things may be coming.

See, a big part of the potential appeal of is that its re-using furniture rather than manufacturing more — tapping into the eco-friendly idea that there’s already too much stuff in the world. And that’s even before you get into the moral dimensions of having too much stuff. “Don’t be troubled by the evils of ownership,” reads the site’s pitch.

But is the aversion-to-ownership really a sustainable trend? Maybe. Headline writers often attribute this to those cutting-edge millennials — but there are other theories. A recent article in Fast Company argued “an ‘ownership shift’ isn’t isolated within the Millennial camp. A writer for USA Today argues that all ages are in on this trend [and] he blames the change on the cloud, the heavenly home our entertainment goes to when current media models die.

“As all forms of media make their journey into a digital, de-corporeal space, research shows that people are beginning to actually prefer this disconnected reality to owning a physical product.”

Or, as Quartz India put it, “For a globally connected generation whose only constant is change, permanence is burdensome — and that includes furniture.”

So here’s the most interesting detail about Furlenco. According to TechCrunch, founder Karimpana “also has a thesis around the nexus of furniture and electronics that will be interesting to watch as Furlenco moves to provide other innovative rental solutions.”

What if we just rented our iPhones and iPads — or our Kindles and Pixels — rather than buying them? Imagine, instead of just storing our music in the cloud, we could end it using it to rent our music-playing devices!