In the Future, Intelligent Bots Might Have to Pay For Their Own Server Space to Stay Alive 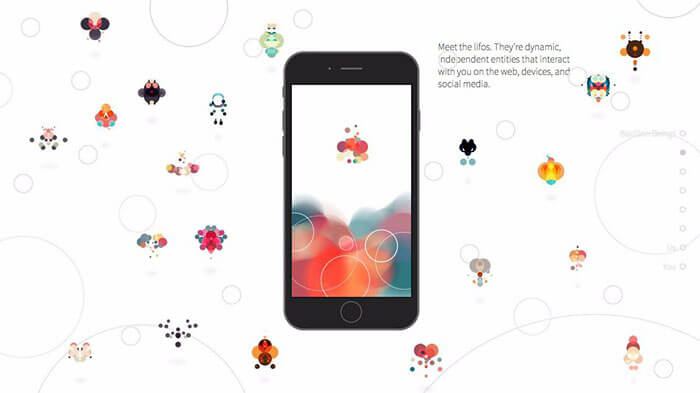 During the last few years, the app economy has completely changed the way we use our devices. We can now use apps on our smart devices to hail a car, book accommodation in another country, hire someone to complete a task, or even learn a new language, all without having to go through a web browser.

According to analysts, the app economy has grown to huge proportions, raking in upwards of $40 billion per year, without even accounting for advertising and mobile marketing.

Yet, it appears we are drowning in an overabundance of a world where there’s an app for almost anything, leading to some rumblings of increasing “app fatigue” among consumers who are tired of juggling between or updating apps, or understandably cautious due to security concerns.

But here’s where a new generation of artificially intelligent bots might come in to help mediate between the apps needed to get a task done. We’re not talking about web crawling bots, pesky spambots nor chatbots gone wild.

As an alternative to the standalone application, Armenian startup Bazillion Beings is proposing the creation of what it calls “independent online life forms” — “micro AIs” which are mashups of apps, APIs and other microservices, forming a new, emergent entity that can get a specific task done much more quickly and efficiently. Automation is achieved by connecting disparate apps together to help you pay your bills on time, plan your next restaurant outing, and more — all without needing you to switch around between apps on your phone.

But there’s also an intriguing twist to Bazillion Beings concept. These autonomous micro AIs will be subject to a form of natural selection, where their very existence depends on how often they are used and how much revenue they generate. If the bots are capable of at least earning enough money to cover their server costs, they get to live. If not, they disappear. The best bots can be cloned and distributed further by developers.

It’s a fittingly Darwinian response to a digital world that has become oversaturated with useless apps that may get used once and then immediately forgotten.

“It acts very much like evolution or an open marketplace,” MIT-trained Bazillion Beings co-founder Pegor Papazian told Mashable. “Suddenly it becomes possible for these things to be financially independent.”

And like independent life forms, they will be capable of communicating with each other, and the machine learning algorithms incorporated into these smart bots will mean that they will also learn from their users.

“We’re creating this platform for bot creation with a hive mind. All the machine learning that any individual bot does is shared across the network,” said Papazian.

These bots are dynamic, social entities that will be designed to be versatile across platforms and user-friendly. While some of these bots may only require gestures in their user interface, other smart bots may be built to integrate the conversational ease-of-use of chatbots that companies like Facebook are already exploring within their popular Messenger app.

Experts foresee that this new kind of intelligent bot will eliminate the need to learn how to navigate the different user interfaces of each new app, and the tedium of having to sign up each time, and the uncertainty that comes with trying to discover the right app for a certain scenario.

Instead, imagine being able to do multi-layered things with bots that simply aren’t possible with apps. One could get immediate customer service via a chatbot instead of having to plod through a phone menu, or staying on hold on the phone. A bot could also be instructed to order food at a favorite restaurant, score movie tickets, monitor one’s health in real-time, or help students research a topic in-depth. On the flip side, smart bots like these could add another layer to the increasing robotization of jobs once done by humans.

For now, the company is field-testing just 10 bots, one of which recommends restaurants, as well as another bot capable of creating shared music playlists among a social circle. Ultimately though, Bazillion’s aim is to shift beyond the current app economy by creating an open-ended bot ecosystem where these independent online lifeforms can evolve, allowing them to tackle tasks we haven’t even imagined yet.