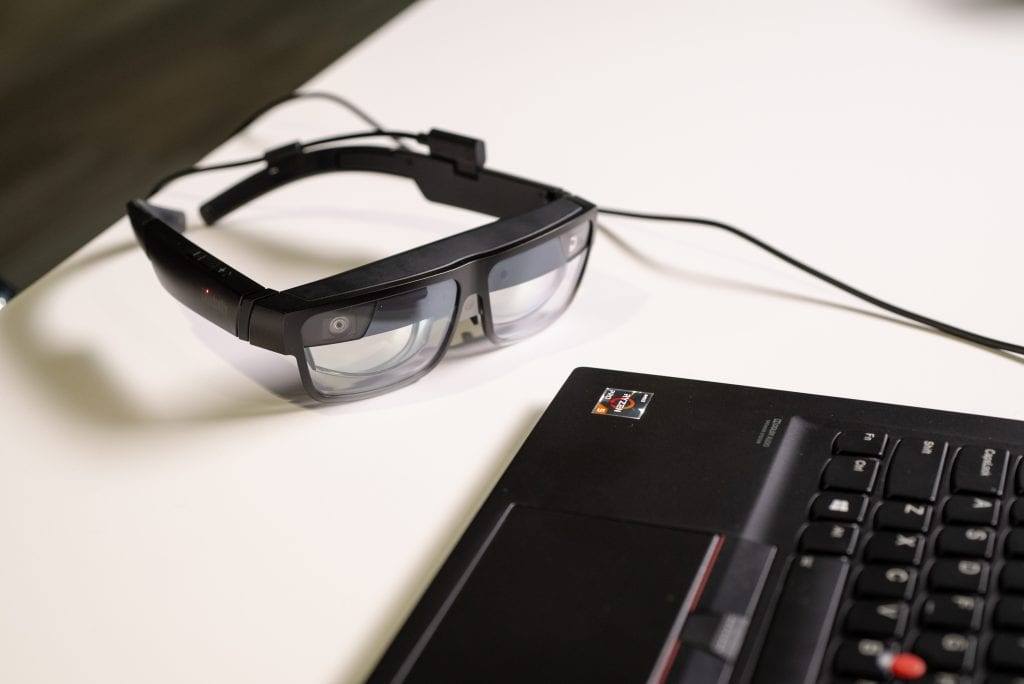 This was the year that technology saved the annual Consumer Electronics Show mega-event itself, allowing the annual tradition to continue with a virtual form, online. But it still offered the thrills of a glimpse into our possible futures, and the chance to ponder what kind of world our sundry technologists are envisioning.

There were prototypes and products, as well as demos and “concepts,” eliciting the familiar oohs and ahs of a long parade of possible innovations that were impressive, imaginative, and occasionally just plain laughable. So as we survey the products they think we want, maybe the real message from 2021’s CES show wasn’t just what it says about our technology — but what it says about us.

Among the offerings at this year’s CES, here’s some of the stranger products:

And it wasn’t the only technology that’s re-imagining our beds. The BBC’s gadget video show “Click” highlighted the AirCozy Interactive Smart Pillow, which tracks your movements throughout the night so it can adjust its height depending on whether you’re sleeping on your side or on your back. “You just need to wear this small device around your waist,” explained reporter Lara Lewington — though she ultimately found the pillow too boxy and questioned the heights it selected. (Plus, “It’s pretty heavy, and it does feel a little bit mechanical to sleep on, especially considering it’s plugged in all night.”) But it can also play soothing white noise.

And the same company makes another interactive pillow that monitors you throughout the night and “gently shakes up and down to encourage you to change sleep position” — to reduce the volume and frequency of your snoring.

Some technology in this year’s CES seemed determined to tackle the world’s biggest problems. Wired took special note of The Lasso, an intelligent machine for recyclables that “will steam clean them, remove labels to prevent contamination, intelligently sort the materials, and then quietly grind up your recycling before depositing it in the internal storage bin.”

And for $300 consumers will soon be able to pick up Ettie, a doorbell that can also take your temperature using a built-in infrared sensor.

But that’s just the beginning of a new throng of high-tech pandemic-ready accessories, with one columnist at Forbes arguing that “at every step of the year, we’ve seen the coronavirus accelerate digital transformation.”

News.com.au spotlighted “the brands competing for a spot on your face,” citing Binatone’s N95-filtered Maskfone mask with a built-in Bluetooth headset as “the most ridiculous of the lot.” Though it does allow you to not only make phone calls but also listen to music, and even interact with Amazon’s Alexa, Apple’s Siri, and Google Assistant.

And the news firm also reports that Airpop’s mask connects to an app to deliver information about the amount of air pollutants you’re breathing, while the LG PuriCare promises a wearable air purifier that filters out 99% of bacteria and pollen and 99.7% of viruses

Tech for the Workplace

Other technologies seem to want to reinvent the way that we work. Lenovo’s ThinkReality A3 “enterprise smart glasses” connects to a computer or smartphone with a USB cable, then deliver an augmented reality view with up to five virtual displays. The vibe is described as “immersive but not isolating.”

“Conceptually, you can think about what they mean,” said Adam Howes, Lenovo’s Director of Global Product Management for the Thinkpad, in an interview with Digital Trends. “But when our customers put them on, it sent their wheels spinning.”

This year also finds a Dutch startup pursuing its vision of more realistic virtual training. This company showed off a haptic feedback “SenseGlove Nova” glove, promising “compelling vibrotactile feedback” in a flexible material “that enables users to feel shapes, textures, stiffness, impacts and resistance in virtual reality easier than ever before.” Or, to put it more simply: “making digital objects feel real.”

This year’s CES also gave us another glimpse of a future with a flying car. Dubbed the Vertical Takeoff and Landing Drone — or Vertile — it’s being envisioned by America’s single largest automobile manufacturer. “It’s just a computer simulation,” Autoweek pointed out, “but still, flying car!” They rounded up the actual timetables that auto manufactures are projecting before we’ll actually see real flying cars in production — but then add “Since CES is all online this year, maybe a flying car video was more appropriate.”

Autoweek quoted GM Vice President of Global Design, Michael Simcoe, as saying “We are preparing for a world where advances in electric and autonomous technology make personal air travel possible.” The computer simulation envisions a 90-kilowatt-hour battery powering four rotors, which Simcoe said would ultimately offer “a glimpse of what autonomy and Cadillac luxury might look like in the not-too-distant future.”

Meanwhile, Cadillac also touted a “concept car” imagining what a self-driving car might actually look like. Wired called it a “self-driving party van.” Since there’ll be no driver — or even a steering wheel — the car becomes all passenger area — a roomy lounge on wheels where the wrap-around couch is just the beginning. Foreshadowing a world of invisible technologies, CNET noted it’s equipped with “biometric sensors to read passengers’ vital signs. From there, the concept car can adjust the temperature, humidity, lighting and scents pumped into the car.”

“It sounds like knobs and buttons are a thing of the past in this concept, too, with voice and hand-gesture controls baked in to manually change features inside.”

And the interesting thing about Sono Motors electric car “Sion” is that it’s covered with 248 solar cells. Not only does this extend your battery’s range, it’s also a bidirectional charger, meaning you can also use the solar energy it collects to power your home, or even a campsite or construction site, according to the car’s web page.

But even this high-tech car has a few human-centric quirks. Wired points out “there’s a built-in terrarium full of live moss beneath the 10-inch touchscreen in the center of the dashboard” (adding “Think of it as a copilot you don’t have to feed.”)

In the end, maybe it’s all a reminder that with the inexorable progress of technology and commerce, we’re barreling toward a new future with some strange but exciting possibilities.