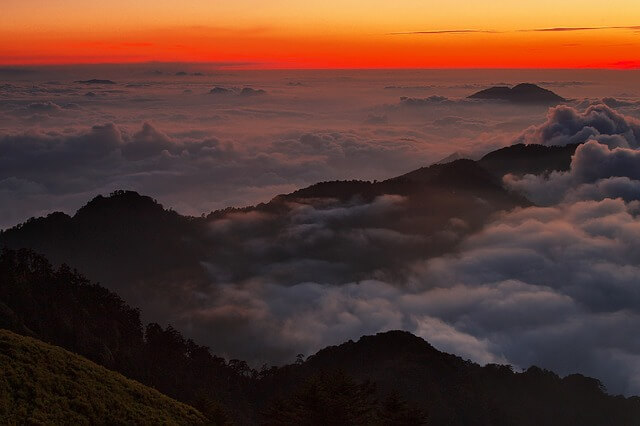 Galactic Fog’s Gestalt Framework offers a task-based capability that lets application developers get on with building functionality without having to manage the container environment. Like AWS Lambda, this tooling in the Gestalt Framework also executes “lambda functions” whenever an event triggers them: spinning up containers, running the task, and then killing the container automatically.

Galactic Fog is a cloud-native management platform company that aims to help enterprise move from legacy systems to a cloud model. While the company has risen up by generating revenue from a consulting model where it has built adaptors for Active Directory and LDAP (Lightweight Directory Access Protocol), that has given the company the expertise needed to move to a product model, which leverages the company’s adaptor knowledge. The first release of their Gestalt Framework product release includes adaptors for Mesos, Kong, Project Calico and  EMC’s REX-Ray, for example.

The full Gestalt Framework is a series of microservices that focus on getting the policy environment right for enterprise seeking to move their applications to a cloud native platform. Much of the release is open source, with commercial licenses for the product’s policy engine and AD/LDAP adaptor components.

After assessing the orchestration tools from Docker and Kubernetes, CEO Anthony Skipper said the priority was to partner with Mesosphere: he likes DC/OS and Mesos best and believes Mesosphere’s focus on on-premise enterprise data centers is the best fit for where Gestalt can support customers. (Future releases are expected to offer integrations with Docker Swarm and Kubernetes).

The idea of Gestalt is to provide three components:

The software has now been expanded with a fuller set of open source ecosystem components, focused initially on the Mesosphere’s DC/OS platform. The Gestalt Framework includes:

Gestalt already integrates with key enterprise microservice needs, including load balancing with NGINX, firewalling with Calico or HA Proxy, payments with Stripe, and has its own config management. In the next releases, it hopes to address other common integration needs from the enterprise: things like ServiceNow and etcd config management, encryption via Vault, and event streaming with Kafka. 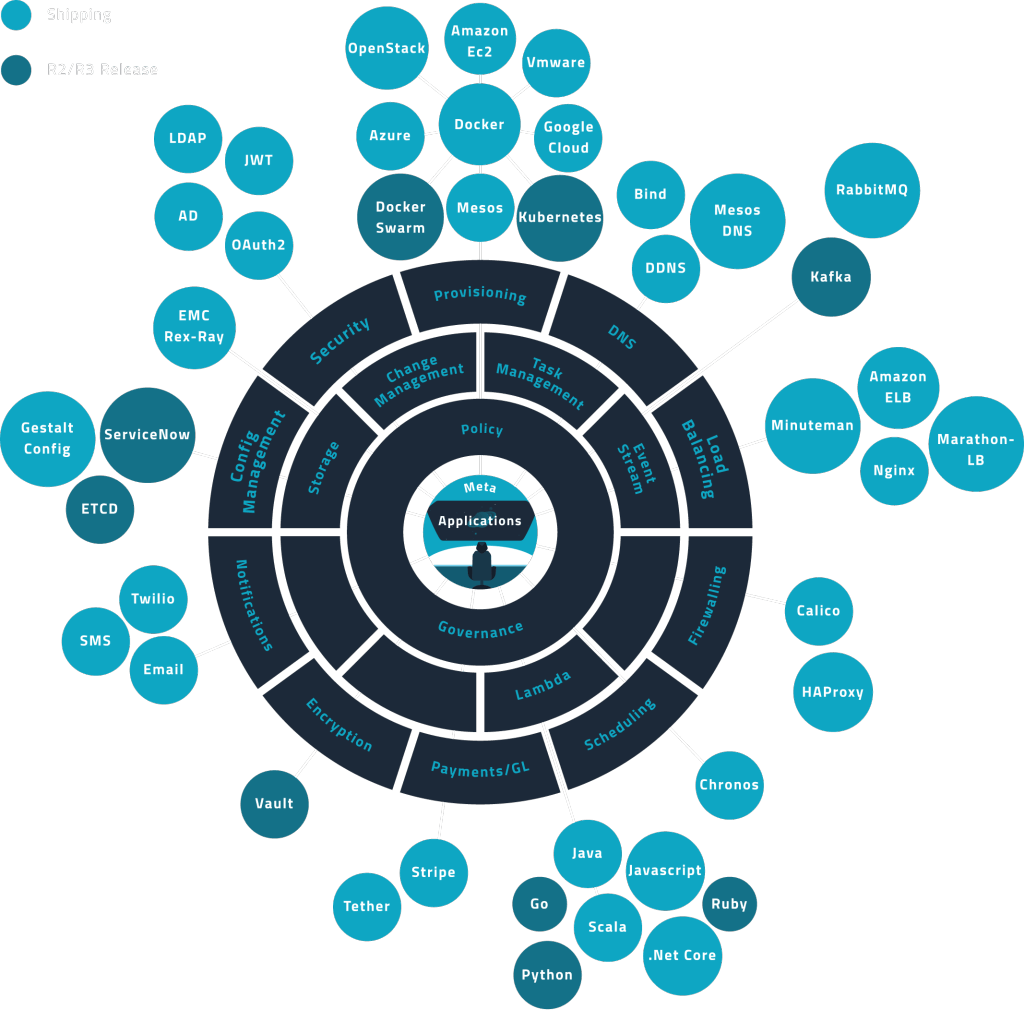 In documenting Mesosphere’s Container 2.0 ethos for The New Stack, Scott M Fulton III describes a new “style of orchestration — where workloads communicate with persistent volumes without the use of plug-ins”, what Mesosphere’s CEO Florian Leibert is calling “Container 2.0.” Fulton shares some examples, including a telco that upgrades clusters “on the fly without downtime”.

Gestalt Framework is an example of how that Container 2.0 ethos might start to look in practice.

While the full framework offers a policy-driven approach to integration by managing scheduling via usage policies and enables a federated layer for the DC/OS environment, it is the serverless capability that stands Gestalt apart.

As Derrick Harris wrote on the Mesosphere blog when announcing Gestalt last month:

Developers writing lambda-based tasks don’t need to think about containers at all, much less virtual machines, because lambdas automatically spin up container behind the scenes, execute the task, and then kill the container… Thanks to the two-level scheduling system built into Apache Mesos and refined by DC/OS, Gestalt is free to schedule all the lambdas its wants and is constrained only by the amount of cluster resources allocated to it.

Having a product that provides serverless capabilities is essential if Galactic Fog wants to deliver on their promise of helping enterprise “future proof their applications.” As industry commentators like Bernard Golden have mentioned, serverless application design is the next stage in cloud application design and deployment:

I would go so far as to say that, ultimately, serverless environments may be the way that microservices are implemented by most organizations. Freeing themselves from needing to manage execution environments means they can focus on application functionality, where all the end user value lies — everything else is just low-value plumbing.

Feature image by Skeeze, via Pixbay.

Mark Boyd is a freelance writer for The New Stack and ProgrammableWeb. He's into: API economy, open data, smart cities and tech that helps us interact and connect.
Read more from Mark Boyd
SHARE THIS STORY
RELATED STORIES
Forrester Identifies Best Practices for Serverless Development Is Kubernetes Adoption Slowing? This Week in Programming: Honeycomb's ARM Advantage Have Some CAKE: The New (Stateful) Serverless Stack Hazelcast Aims to Democratize Real-Time Data with Serverless
TNS owner Insight Partners is an investor in: The New Stack, Docker.
SHARE THIS STORY
RELATED STORIES
AWS Offers a TypeScript Interface for Lambda Observability KServe: A Robust and Extensible Cloud Native Model Server Is Serverless Just a Stopover for Event-Driven Architecture? Aleph.im Is Like a Decentralized AWS Lambda for Web3 DApps First Malware Running on AWS Lambda Discovered
THE NEW STACK UPDATE A newsletter digest of the week’s most important stories & analyses.
The New stack does not sell your information or share it with unaffiliated third parties. By continuing, you agree to our Terms of Use and Privacy Policy.