Love in the Time of Algorithms 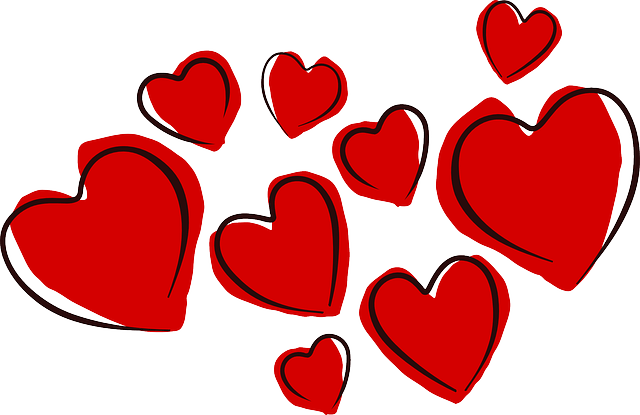 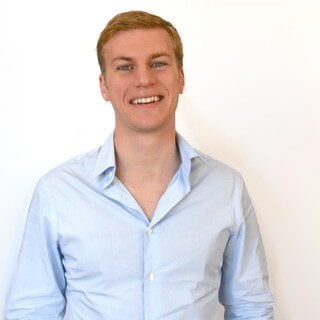 Can you find true love using computer engineering? One brave geek has again accepted the challenge, and reported back his results to the internet — yet another brave fool for love. Last month, Sebastian Stadil showed the world the apps he’d coded for a very personal data project: he’d written code to prowl dating sites to find his perfect match.

“I was determined to find the One, even if it meant swiping right the whole Bay Area,” Stadil wrote in a charming essay on Medium. And, of course, he went about doing it in the geekiest way possible, creating what he described as “a rigorous and scientific process.”

First Stadil dutifully created “an abstraction layer” for the logistics of finding true love — or at least, for making first contact. Judging by the screenshots in his essay, he wrote it in Python, and the name of his superhuman program was wingman.py. “Still single, Sebastian?” read its jaunty launch message. “Fine, I’ll help you out.” wingman.py was fully equipped with domain-specific modules for major online dating sites like Tinder, OKCupid, Hinge, and apparently, it ultimately fed all of its output into Twilio, an app that sends out real-world text messages in response to input from other programs. 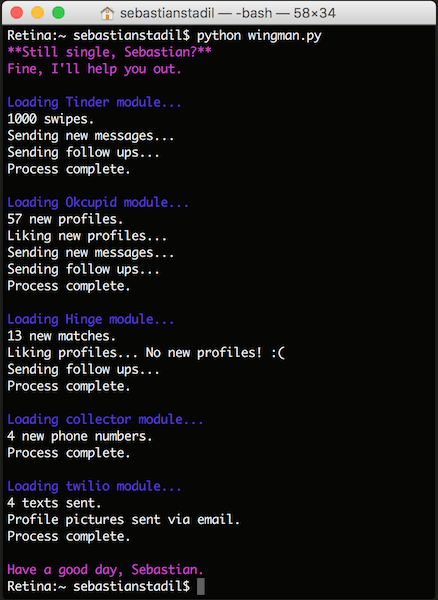 Once it identified a phone number, there were more automated texts sent from Twilio — with or without a response. Judging from Stadil ‘s screenshots, his hyper-optimized technique involved playing it cool after the first three messages — but followed up with a fourth message 72 hours later — and then waiting five days before the fifth follow-up: “Yeah, you are right. Tea is a little boring. We should get ice cream! How about the Bi-Rite Creamery?”

So first wingman.py identified all of the new dating profiles — or new “swipes” on Tinder. And even after that, “I automated everything,” wrote Stadil. “Openers, follow-up messages, swiping, bookmarking, text messages and phone number recording.”

Okay, so far so good — but had this naive geek confidence led our hero to an approach that was clunky, clumsy, and far too impersonal?

No, apparently not. One of the strangest results from Stadil ‘s experiment was that it just didn’t matter if he responded with a “canned” pre-written response instead of one that he’d personally crafted by hand. After 10,000 responses, Sebastian discovered that his rate of responses just wasn’t significantly different. There was more A/B testing — for his picture, and his profile — and “Conversion rates increased: more matches, more leads, more dates to schedule.” 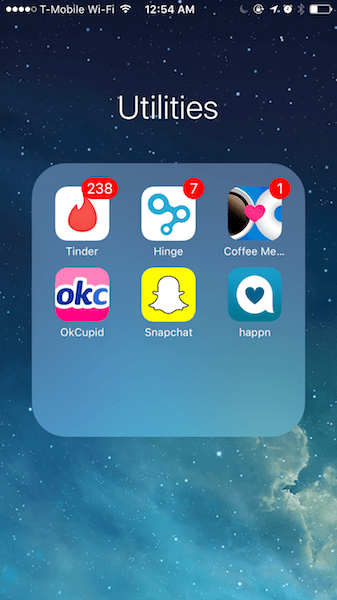 There were times when he was genuinely smooth. “Are you some kind of OKC superhero?” asked one woman. “No matter how many messages I receive, yours always shows up at the top of the page.” Stadil was in fact, paying for their “premium” service level, which nudged always his messages to the top of a recipient’s inbox — but he responded with a better answer.

“That’s because OkCupid really thinks we should meet. ;)”

So what happened next? “My first problem was solved: getting leads into the pipeline.”

“I had a new problem now: volume.”

So the next step he called “dating at scale.” Yes, he really was determined to meet them all. He was truly serious about matching the perfect mate, and with such a rich data set dare he risk bungling his project’s completion by a substandard execution? This required that every date be streamlined to just coffee — nearby, please — and “to speed up process and increase time efficiency,” what he called “parallelized dating” — that is, three dates per day — with his observations about each date carefully notated on a spreadsheet. It’s more important than you think. “I once asked a girl who had spent the entire first date telling me a very sad story about her being an orphan. On our second date, I asked her how her parents were doing. That was an awkward moment. If you’re reading this, I apologize.”

So by now you’re wondering — wait, who is this guy? It’s like almost Dos Equis created him for an ad about the most interesting geek in the world. “When he is not working on Scalr, Stadil likes to make sushi and play rugby,” reads his adorable LinkedIn profile. Stadil is on advisory boards about the cloud for both Microsoft and Google, and he also started the Silicon Valley Cloud Computing Group , one of the largest user groups in all of Silicon Valley. He’s the founder of Scalr, a multi-cloud management platform used by NASA and Samsung, and gives guest lectures about entrepreneurship at Carnegie Mellon.

So in short, he’s just the kind of guy who’d compare online dating to enterprise sales. (“When your customer goes for a competing, more compelling product, you’re never told and you don’t get any feedback.”) But there’s a beautiful paragraph hidden in his essay where all the logic goes off the rails, and he describes that one extra-special date — how they rowed across a lake, how he stole that first precious kiss. How they laughed and laughed through a second date where he’d carried her on his shoulders up a hill, which led to a third date, and then to a fourth. But then — on date five — his true-love-to-be told him that in fact, she just wasn’t ready for a relationship.

Stadil’s conclusion? “The strategy was flawed.” And this may be the most important takeaway from Stadil ‘s essay about hacking online. “As a founder, I stubbornly believe that everything is within my power to fix and that something could have been done differently to force the decision in my favor.”

The Washington Post did some additional math on the project. “Of the 150 first dates, 52 became seconds; 17 became thirds.” If you do the math, that’s 219 dates, total. Mercifully, they were spread out over 17 weeks.

“Man swipes right on 200,000 women and he’s still single,” reported the Daily Mail (adding “Is this the unluckiest Tinder user in the world?”). Of course, this attracted some teasing on Twitter about just how many times Stadil had ultimately swiped right. “Is your finger tired?” joked one tweet from Rodrigo Flores, Cisco’s former CTO for Intelligent Automation. “I think 203k people are ready to give you a finger LOL” Even Cosmopolitan had to take notice — though they’d reached an entirely different conclusion. “This Guy’s Tinder Bot Proves Dating Is Terrible“.

The experiment was not a total loss, however. But he did learn a lot about women. In fact, Stadil began donating money to RAINN — the world’s largest sexual violence network — after several of his dates confided that they’d been raped when they were in college or as a teenager.

But in the end, Stadil was still clinging to his fantasy that the code he wrote could’ve brought him his perfect match. “I still believe technology can hack love, though that belief is likely irrational. Technology is leverage, and I think I leveraged it wrong: the execution was fine but the strategy wasn’t.”

But the internet moves in mysterious ways. Within a few weeks, Stadil’s essay had been “liked” by 981 other users — and drew 76 comments. In his essay, he’d shared the complete text of the magic messages which made all of this happen. It might feel like he’s open sourcing the whole process, until you read his article’s last line. “P.S: I will not open-source the code since it could be used to hurt people, but I might share it if you ask nicely.”

Later Stadil even told one reporter, “My friends have suggested I sell it as a product. But I don’t want to arm the competition.” It may be too late, though. In the comments to his article,  one woman posted that she’d already received the first of Stadil ‘s perfectly-optimized sequence of seven text messages — exactly, word for word…

But at least his experiment’s popularity let’s Stadil cling to a glimmer of hope. “Who knows,” he writes at the end of his essay. “Perhaps I’ll find my special someone through this post?”

Although the Stadil’s essay caused a stir, he was not the first person to hack the dating scene.

Three years ago, Amy Webb gave a TED talk on “How I Hacked Online Dating.” And her approach was even more brash — she created fake profiles — for men — just to gather data “on the women who were going to be attracted to the type of man that I really, really wanted to marry.”

Studying the women who were indicated as the site’s most popular, she calculated the optimal length for a profile, the common features of their profile pics, and even generated a word cloud identifying all of the most commonly-used among the site’s most popular women. “As it turns out, I did a really good job. I was the most popular person online.” And when she released her “super profile…optimized now for this ecosystem…lots and lots of men wanted to date me.” 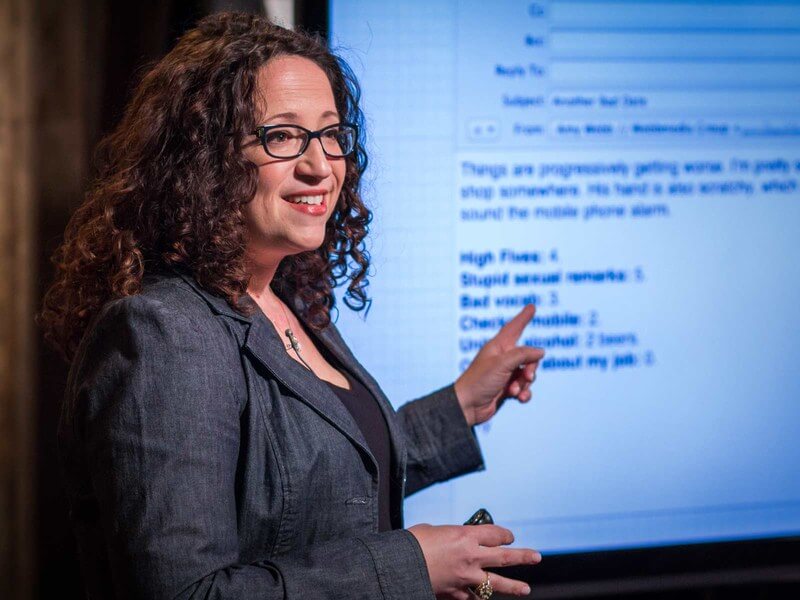 The most interesting part about her approach is that she’d already established 72 separate criteria for the men she wanted to date. “[S]omebody who not only wanted two children, but was going to have the same attitude toward parenting that I do, so somebody who was going to be totally okay with forcing our child to start taking piano lessons at age three, and also maybe computer science classes if we could wrangle it… but I also wanted somebody who would go to far-flung, exotic places, like Petra, Jordan. I also wanted somebody who would weigh 20 pounds more than me at all times, regardless of what I weighed…” She had a complicated point-scoring algorithm, with a minimum threshold of 700 points.

A video of his presentation has been viewed nearly 5 million times and has even been translated into 31 different languages. And like Stadil, she’d already had her share of bad dates — one of whom actually ditched her at a fancy restaurant, leaving her to pick up the check. But unlike Stadil, her story has a happy ending — maybe explaining why she ultimately ended up with not only true love but a book deal.

She found one guy who skyrocketed past her algorithm’s threshold, scoring 850 points, and after their first date, she recalculated his score — as 1,050 points. In 2013, she released “Data, a Love Story: How I Cracked the Online Dating Code to Meet My Match.”

Maybe it’s just a coincidence — some weird fringe where data-loving geeks can’t resist toying with an online algorithm. After all, why hack the Pentagon when you could hack Tinder? But here’s one more data point to consider.

This December Amy Webb will be releasing a second book — titled “The Signals Are Talking: Why Today’s Fringe Is Tomorrow’s Mainstream.”