The Geek’s Love for Heavy Metal 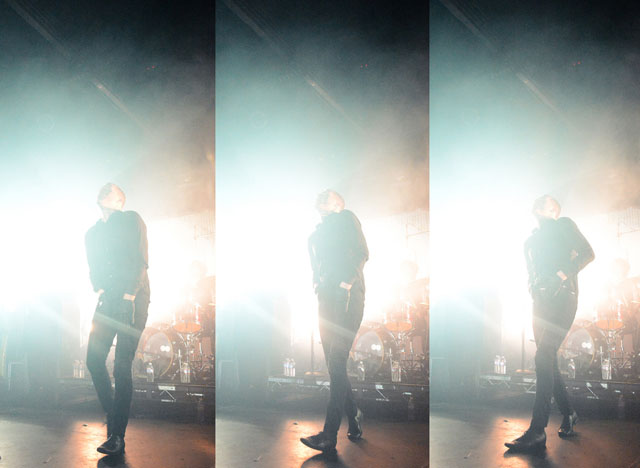 Music has always added a welcome rhythm to work. After all, the sight of someone tapping away at a laptop, earbuds or headphones providing the soundtrack to crunching code or moving pixels, should be familiar to anybody working inside or outside the tech industry. And if you were to tap into the stream of sound pumping out of those little speakers, more often than not you’re going to hear the blast beats, piercing solos, and sometimes-indecipherable vocals of heavy metal.

That likely doesn’t come as a surprise to many of you out there. When black metal groups like Liturgy, Wolves in the Throne Room, and Deafheaven are being raved about on Pitchfork and Rolling Stone, the most extreme sounds of the genre are bound to trickle down to the iTunes libraries of open-minded listeners. But it also fits in with how most tech folk’s interests tend to remain on the outside looking in, with regard to popular culture.

“We were nerds that never really fit in and loved the weird fantasy world of Dungeons & Dragons. So we were always looking for things that were interesting in that way, and for some of us, metal was that thing.”

That said, while they remain open to most any style of music, when it comes to metal, most of the folks we spoke to who work in the tech industry opt for the heavier stuff: hardcore or thrash metal, both of which are driven by punk-like tempos and an in-your-face attitude; black metal, an offshoot that relies on screeching or growling vocals to provide much of the music’s dramatic weight; the drone-y, tar-pit ooze of doom metal; or technical metal, which emphasizes Guitar Hero-style solos and dizzying time signatures.

As with many musical styles, the beauty of having so many different branches of metal to choose from is that no matter what someone might be working on, there is always the perfect record or playlist to put on in the background.

“When I’m working on really detail-oriented shit that is quantized or can be very machine-like in nature, I will listen to total technical, blast beat stuff,” says Jeffrey Kalmikoff, a designer who spent six years as Chief Creative Officer at Threadless. “And when I’m zooming in 1800x and moving pixels around late at night, that’s when I definitely like the more Southern stoner metal-type stuff.”

Co-founder of Circa, and metal musician Arsenio Santos, echoes his friend’s sentiments on finding the right soundtrack for one’s work.

“A band like Between The Buried and Me tends to be better for bug hunting rather than whole cloth creation,” he says, “because the music tends to be a journey sliding from moment to moment in this progressive fashion. Also, I’m a fan and know the music really well. I can’t listen to new music during times like that. When I really need to focus, I’m going to listen to something like [Megadeth’s 1990 album] Rust In Peace. It’s a warm blanket for me, and I can shut out everything else.”

Santos is also one of metal’s most outspoken ambassadors in the tech world. He regularly posts on new albums and concerts that he’s attended at his blog Metalligentsia, and invites all of his metal-loving comrades to participate in The Arsies, a NCAA-type tourney where they spend January and February listening to and voting for their favorite metal releases of the prior year. The 2013 winner? Between the Buried and Me’s The Parallax 2: Future Sequence.

Kalmikoff, too, does his best to preach the gospel of metal. He and his fellow designers curate meticulous Spotify playlists of their favorite tunes to work to and what they think are the best album openers.

It seems that the proselytizing is bringing in the converts, or at least bringing long-dedicated fans out into the open. Metal music dominated ChefConf last year. It played during cocktail hours – pretty much everywhere at the conference. That was primarily the doing of Adam Jacob, the company’s co-founder and chief dev officer.

“We filled it with legit metal,” Jacob said about the conference. “Last year we expanded it. We let people make requests.”

Metal has become pretty much a part of the systems administrator community. But why?

Sysadmins and people in IT do not have the most glorious of jobs, Jacob said. For the most part, these are guys who grew up in the suburbs in the 1980s and 1990s. They are part of a subculture that identifies with the music.

“I went to see Skid Row in the sixth grade and the opening act was Pantera from the Cowboys From Hell era,” said Jacob, who grew up in the Seattle area during the height of the grunge period, when bands like Nirvana emerged.

Besides the appeal of belonging to a community of sorts, there’s also a cerebral affinity with the music itself. Bradford Stephens, co-founder of Cloth, a mobile social network for fashion, was ten years old when he found a Black Sabbath tape on the floor of his Dad’s 1989 T-Bird. He put it in the cassette deck and was consumed by its dark, apocalyptic sounds. Acknowledging that it was “some scary shit,” he then decided to share it with his Boy Scout troop.

“I’m not sure if it’s cause and effect,” speculates Stephens about why metal is popular with geeks.

Stephens contends that there are many complex, intellectual aspects to the music which makes it appealing to geeks. There are many comparisons that have already been made between metal and more classical forms of music. For example, Swedish extreme metal band Meshuggah is influenced by fusion jazz. Analyzing the music, understanding it, is inherent to the geek personality.

Adron Hall, a well-known developer in the Node.js community, says metal fits the personality types — the introvert, the thinker. The person who likes to solve the problems. It is for the person used to facing road blocks. Software people face road blocks all the time.

“There is a mathematical nature to metal and programming that brings them together systemically.”

But metal is also a subculture and it may be the fringe status that geeks are ultimately drawn to. It’s essentially music you don’t hear on the radio every day.

And how do the co-workers of these metal devotees feel about their interest in heavy, heavy sounds?

“Because we are all on headphones all the time, I think that people just don’t care,” says Harper Reed of Modest. “I mean, we have a pretty serious stereo setup at work that anyone can control. I walked in this morning and Mos Def was on, which is a great way to start your day. You can choose a lot of really great stuff, even though we have played no metal. So, if I really need to buckle down and focus on anything, I just put on my headphones, listen to some drone-y fucking metal and get things done.”