Get Ready for a New Round of Cloud Price Cuts 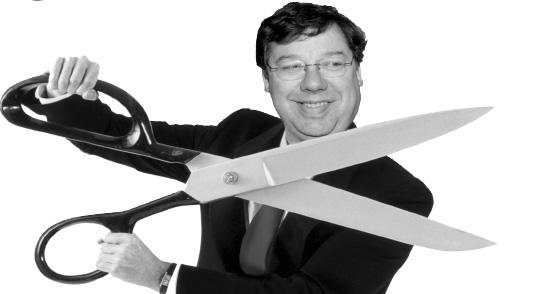 Google this morning said it has cut prices for Google Compute Engine by around 10 percent for all instance types in all regions. Get ready for its competitors to follow suit.

Google said that the cuts come as it increases efficiency in its data centers and as hardware costs continue to fall.

In the past, when one of the big three – Amazon Web Services, Microsoft Azure and Google – slash prices, the others follow. In fact, earlier this year Microsoft said that it would match AWS prices for commodity services like compute, storage and bandwidth. If AWS follows Google, Microsoft will too.

These kinds of cascading price cuts will continue for some time. What do they mean for users and for the competition?

For users, the low prices are a mixed blessing. The price cuts will continue to happen around commodity services, like compute, where the big providers have an advantage because of economies of scale and increasing efficiencies. But prices for related services won’t always go down. The big providers are offering more and more services – think backend-as-a-service and big data features – where they plan to both lock in customers and bring in revenue. Users may find that even as the price of the commodity services drop, they continue to spend a lot with cloud providers because of the added services.

Also, even when the big three say they’re matching each other’s pricing, it’s remarkably difficult to compare their prices. That’s because they all bundle services and hardware differently. When AWS and Google dropped prices earlier this year, RightScale issued a helpful chart comparing the services and pricing. It may do the same this time around.

For some competitors, the continued price drops can be challenging. Medium size providers can’t match the offerings of the big guys, in terms of pricing and services. That means they have to try to differentiate.

The differentiation strategy has had varying degrees of success so far. For instance, Rackspace is going with its “fanatical support” angle. But the company seems to be struggling with it, at least if we can assume its challenges spurred a recent unsuccessful effort to find a buyer.

IBM told ReCode earlier this year that it doesn’t plan to match the price cuts of the big three. It’s differentiating itself in a couple of ways. One is with its bare metal offerings, which may grow in popularity with the booming interest in both containers and big data.

Another is simply because it’s IBM. Like Microsoft, IBM has the chance to win cloud customers from the ranks of traditional enterprises who have worked with IBM for decades. Those types of customers aren’t always as price conscious as the startups that are drawn to AWS or Google. Instead, enterprises want some hand holding and they’re willing to pay a premium to get it.

Stay tuned: It’s a safe bet that AWS and Microsoft will make announcements in the coming days about price cuts of their own.