How Getting Your Project in the CNCF Just Got Easier 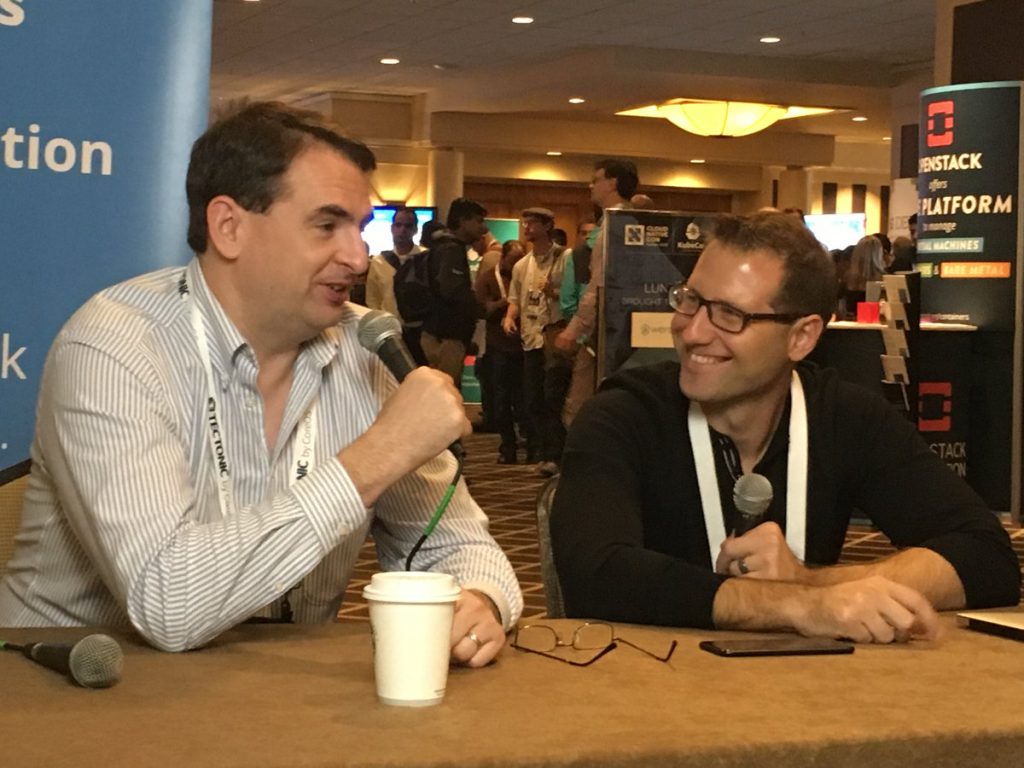 Managing and making sense of these new, cloud-native architectures is something that the Cloud Native Computing Foundation (CNCF) aims to help make easier for developers worldwide. On today’s episode of The New Stack Makers podcast, we talk with CNCF Executive Director Dan Kohn and CNCF Chief Operating Officer Chris Aniszczyk about the direction of the CNCF and cloud-native computing as a whole. The interview took place at KubeCon/CloudNativeCon, which took place last month in Seattle.

How Getting Your Project in the CNCF Just Got Easier

“The story we’re trying to avoid is, ‘Oh this stuff is so new and scary that I’m going to do nothing and sit around for a couple years,’ I think one of the real messages for a conference like this is just around momentum. Saying that the folks making these deployment decisions are not just going off on their own into a spooky neighborhood,” said Kohn.

In addition to serving time at the CNCF, where he was the interim executive director before Kohn signed on, Aniszczyk is also executive director of the Open Container Initiative (OCI), which focuses on the standardizing a container image format and associated runtime. “We need to kind of agree how to store containers, how they’re laid out, and how we run them and keep that as standard as possible so it can be reused by everyone, and we don’t fight about it. Instead, we can innovate on the layer above,” said Aniszczyk. As the OCI approaches the version 1.0 release of the image format, Aniszczyk urged the community to continue to participate in improving the project. “If you have a stake in the container space, please get involved. It would be greatly appreciated,” he said.

Later in the conversation, Kohn discussed a new way for developers to submit their project for consideration to the CNCF. For those thinking about submitting projects to the CNCF for inclusion, the idea of their work being compared to the existing CNCF-shepherded Kubernetes and Prometheus can be daunting. “It creates a real issue, because if the only project that can come into CNCF is already wildly successful on its own, then CNCF is not really adding a lot of value,” said Kohn.

It was this factor that led Kohn and the CNCF Technical Oversight Committee to decide on a new category of earlier stage project for developers to submit to, called the ‘inception stage.’ “What it does is it allows less mature projects to join CNCF at an earlier stage, but unlike the incubation process where if they’re in they’re basically in, the inception stage requires a new TOC vote every 12 months.”