Getting Started with C++ and InfluxDB 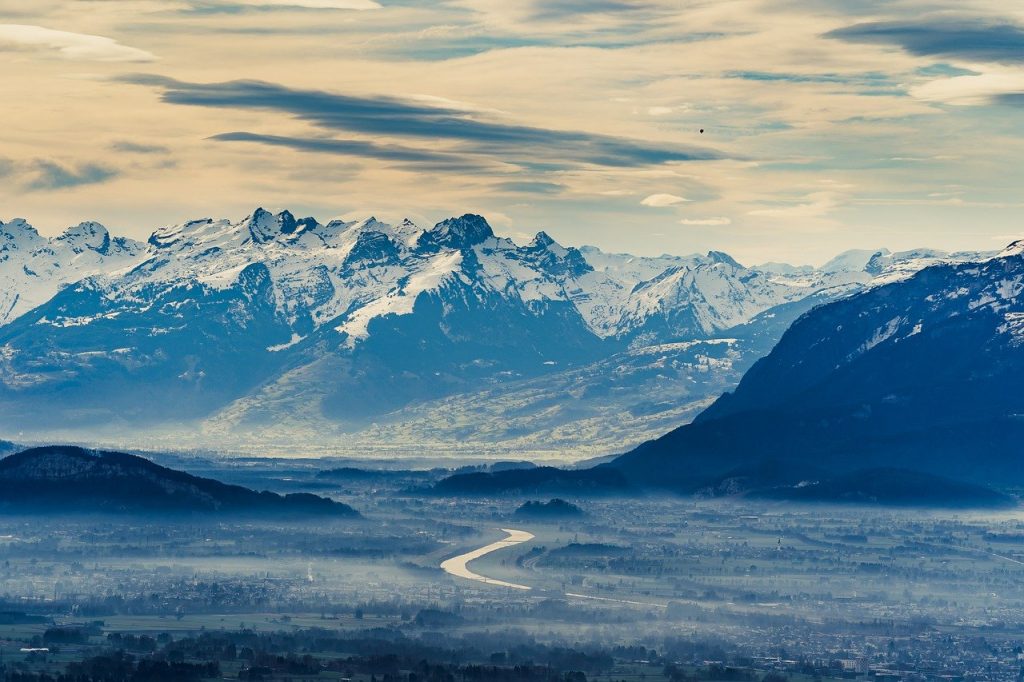 While relational database management systems (RDBMS) are efficient with storing tables, columns, and primary keys in a spreadsheet architecture, they become inefficient when there’s a lot of data input received over a long period of time.

In a TSDB, data is categorized in measurements. A measurement is a container, roughly equivalent to a table in RDBMS, which contains tuples of time and field data. Each entry is a tuple of (time, field data) and is recognized as a point. A point can optionally include a string tag.\

The sample TSDB shown above stores temperature (measurement) and value (field data) measured across various cities (tag) during a range of time (timestamp), measured through devices (tag) manufactured from more than one company.

But TSDBs can facilitate the continuous monitoring of a variety of data, like IoT sensors, market trading data, and stock exchange data. This article shows you how to set up, configure, connect, write, and query an InfluxDB database using a C++ library.

You’ll learn how to store real IoT sensor data in an InfluxDB database and then analyze the stored data as a block of time period samples. We’ll finish off by plotting the data in a graph.

Setting Up the InfluxDB Server

This tutorial is set up on Ubuntu 20.04 LTS, but you can find other installation support in InfluxDB’s documentation. You can follow along with the source code for this tutorial here.

The InfluxDB server version for this tutorial is 1.6.4. You can get more information about server configuration by running $influxd, and tweak your configuration with /etc/influxdb/influxdb.conf.

This tutorial uses the influxdb-cxx client library, version 0.6.7, to connect, populate, and query the InfluxDB server. The InfluxDB server is listening at IP address 127.0.0.1 and at TCP port 8086.

As mentioned earlier, this tutorial is set up on Ubuntu 20.04 LTS. The rest of the software dependency list is as follows:

Get the influxdb-cxx Client Library

Create a new directory and execute the following command:

When the testing suite is not required, you can set the following options to OFF while running cmake.

Header files and library files are required while compiling and linking the source code respectively.

The C++ application uses libInfluxDB.so while linking in order to generate an executable binary.

The influxdb-cxx client is designed to interact with the InfluxDB server through class InfluxDB. All influxdb-cxx classes are defined under the global namespace influxdb.

Final line protocol data is then sent to the InfluxDB server. Batch mode is also supported by the InfluxDB class, where the batchOf() method specifies the batch size. The addPointToBatch() method takes the list of points to be added, and the flushBatch() method finally writes to the database.

The InfluxDBFactory.get() method is called with a URI string to create a connection with the InfluxDB server. Specify the URI as:

For example, you can call the get() method as influxdb::InfluxDBFactory::Get("http://localhost:8086?db=temperature_db").

Compiling, Linking, and Creating the Executable

In a new directory, create a file called CMakeLists.txt.

Add the following lines to CMakeLists.txt:

cxx-influxdb-example is the project name, whereas example-influx-cxx is the executable name.

Write your main.cpp code, including the influxdb-cxx client header files.

Next, run the following command:

You can specify https instead of http in the InfluxDBFactory.get() URI argument to get TLS(SSL) encryption.

Writing to the InfluxDB Database

The InfluxDB database is organized into various measurements. As mentioned earlier, a measurement is like a container and is equivalent to tables in an RDBMS. Each measurement record is a point which is a tuple of (measurement, tag, field value, time).

You can query InfluxDB by calling the InfluxDB.query() method and passing the SQL query string as an argument. Database records in InfluxDB are returned in JSON format, where each record is represented by a point class. Point.getName(), Point.getTags(), Point.getFields() and Point.getTimestamp() return measurement, tag, field and timestamp respectively.

You can set float type precision by setting influxdb::Point::floatsPrecision=4.

Writing to InfluxDB in a Batch

You can write data in a batch after mentioning the batch size. Call the flushBatch() method to flush the data to the database.

Debugging with the influxdb-client Utility

The complete program is as follows:

The IoT sensor data measuring power, temperature, humidity, light, CO2, and dust is available at IoTSenser.
Each data sample is recorded against a timestamp:

In the example code, the database iotsensor_db is created with iotsensor as the measurement field.

The full code for inserting data in your database and plotting a graph is as follows. Also, note that the graph is drawn from the pbPlots utility available in the Cpp directory. The pbPlots.cpp, pbPlots.hpp, supportLib.cpp, and supportLib.hpp files are copied from the cxx-influxdb-example directory and added to the CMakeLists.txt file.

It takes 5874.81 milliseconds to write 79992 points in a database where each point has six fields. 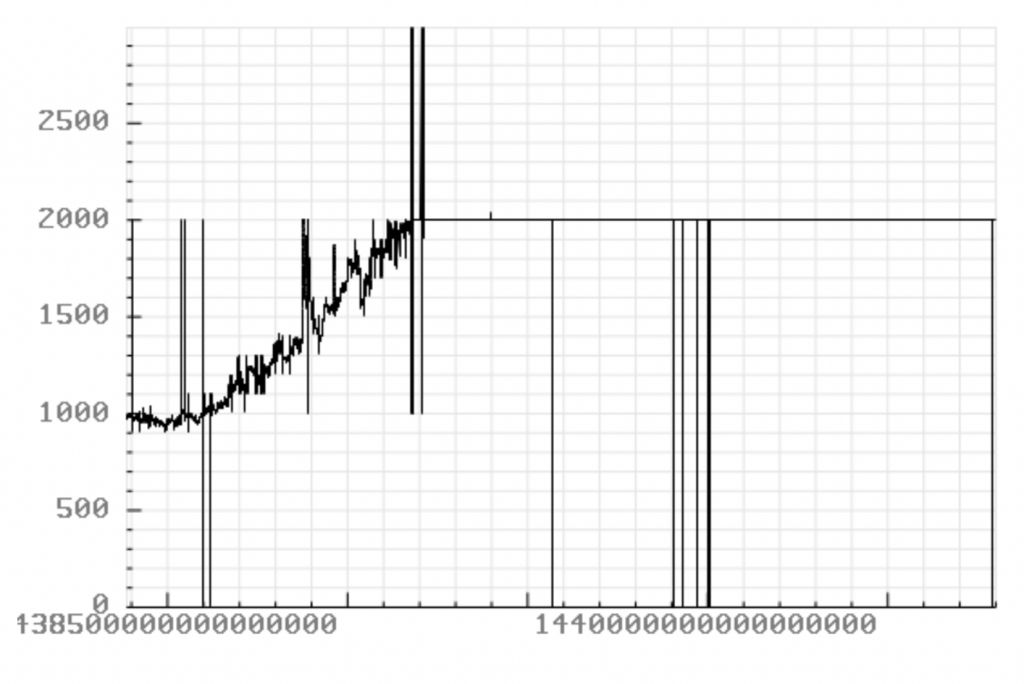 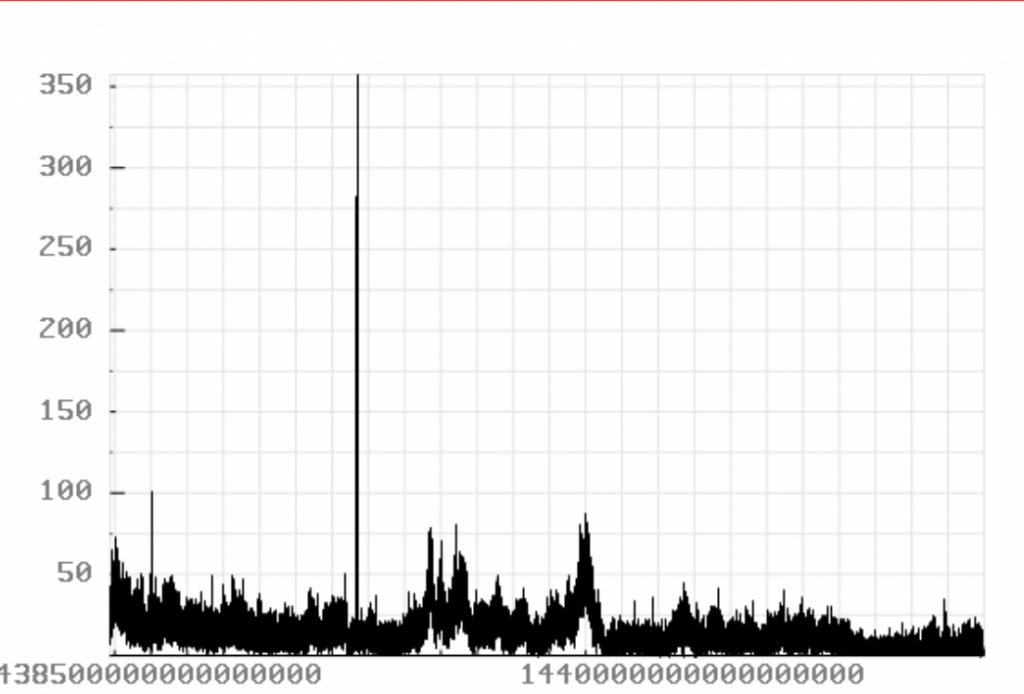 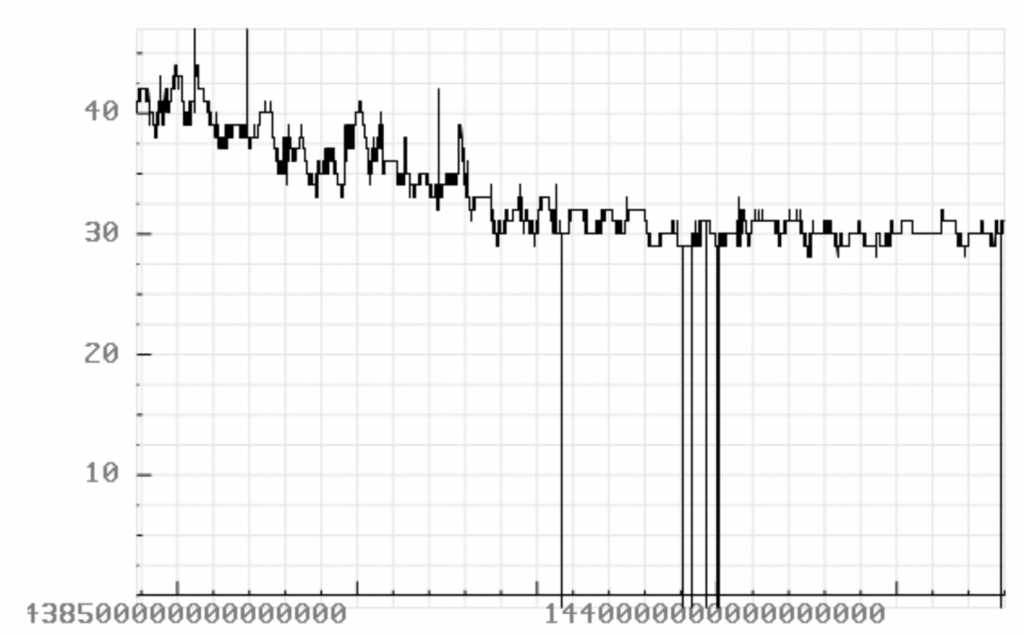 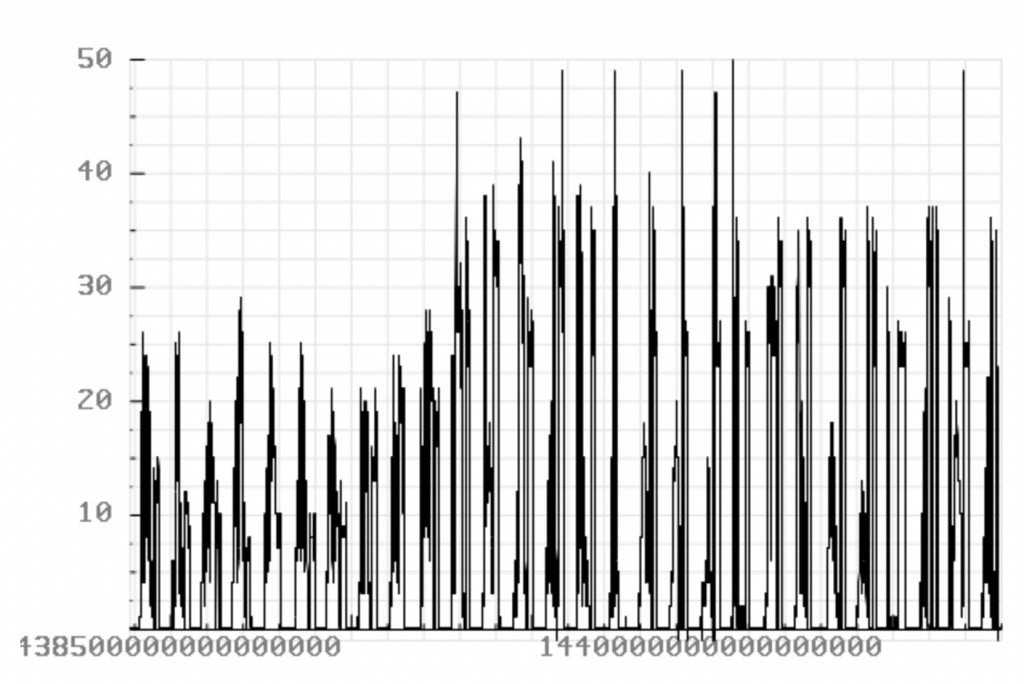 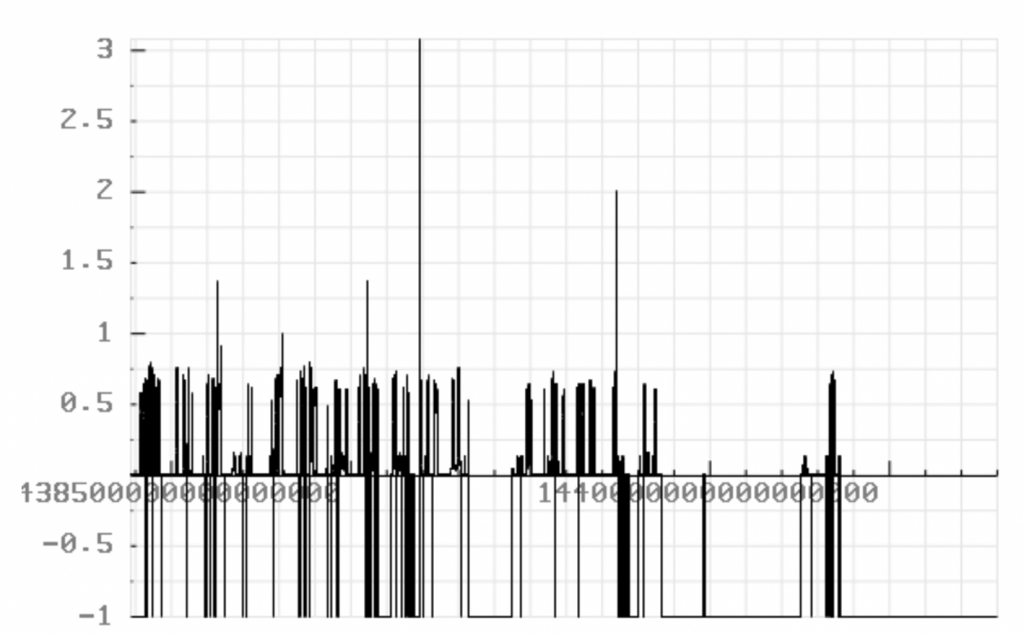 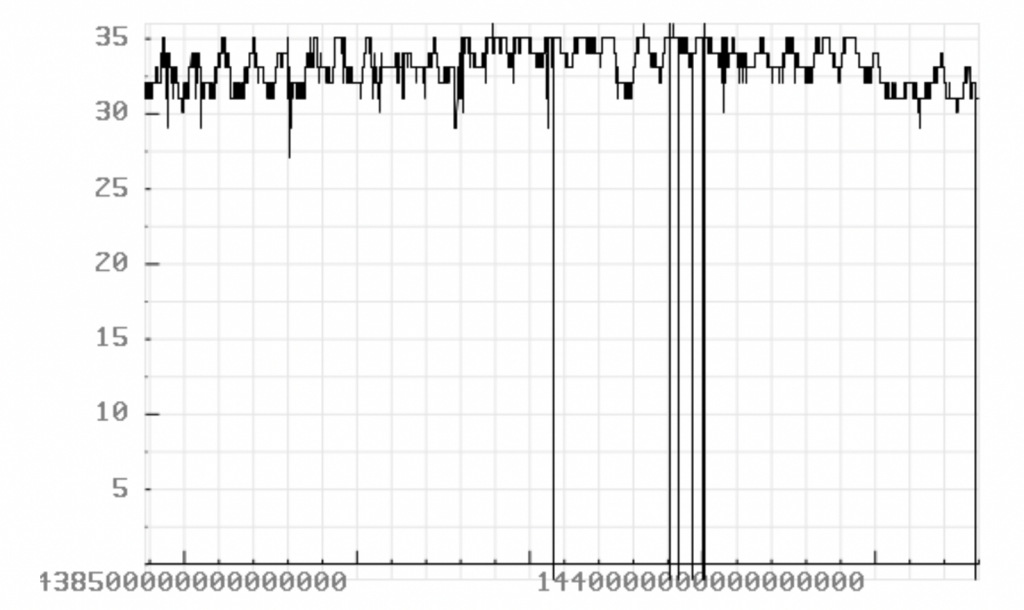 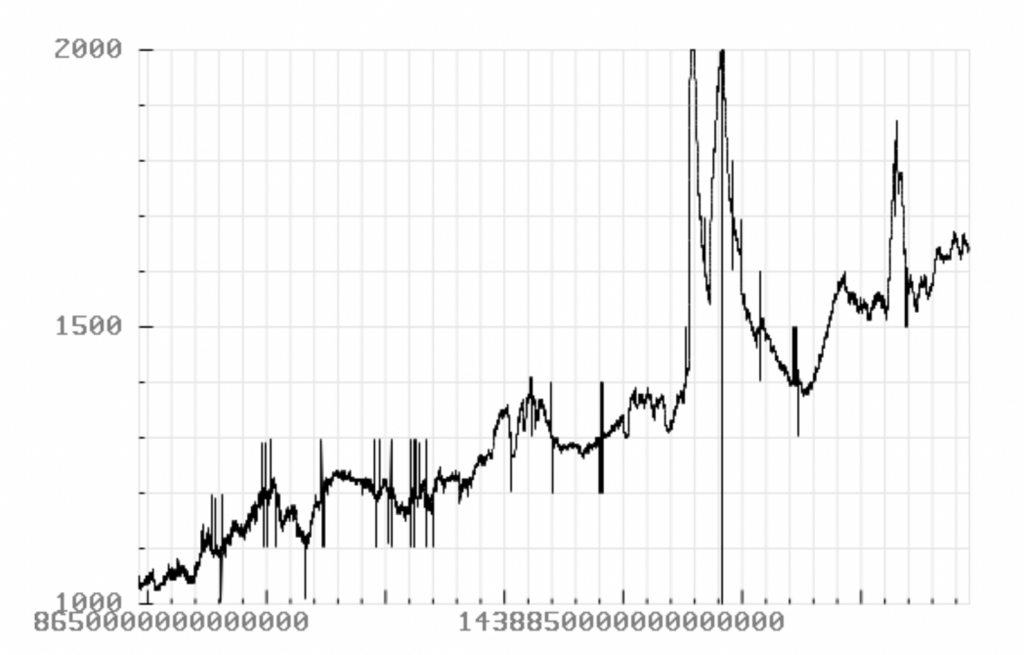 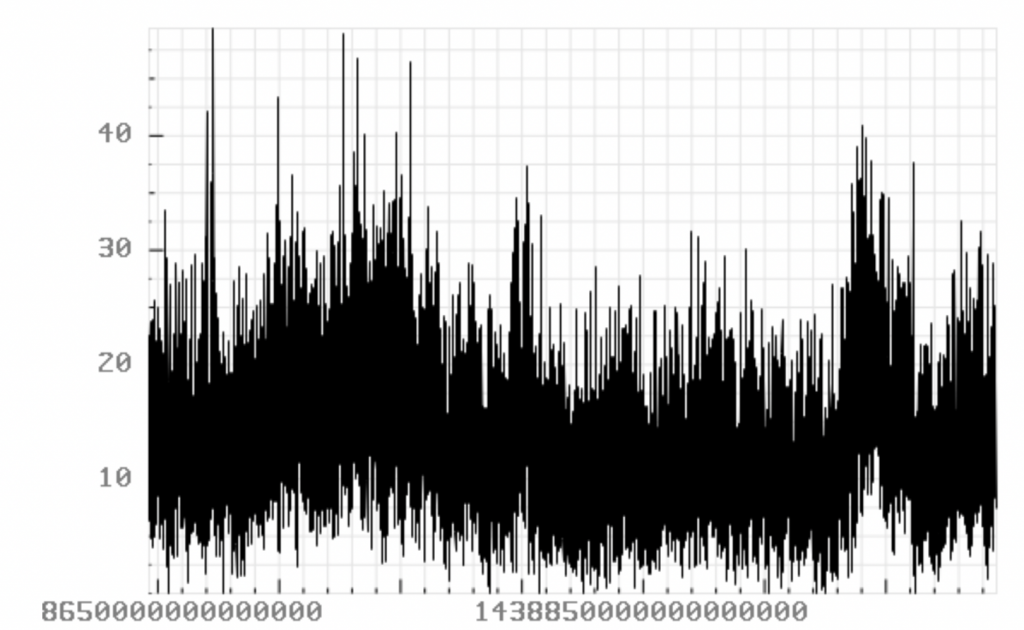 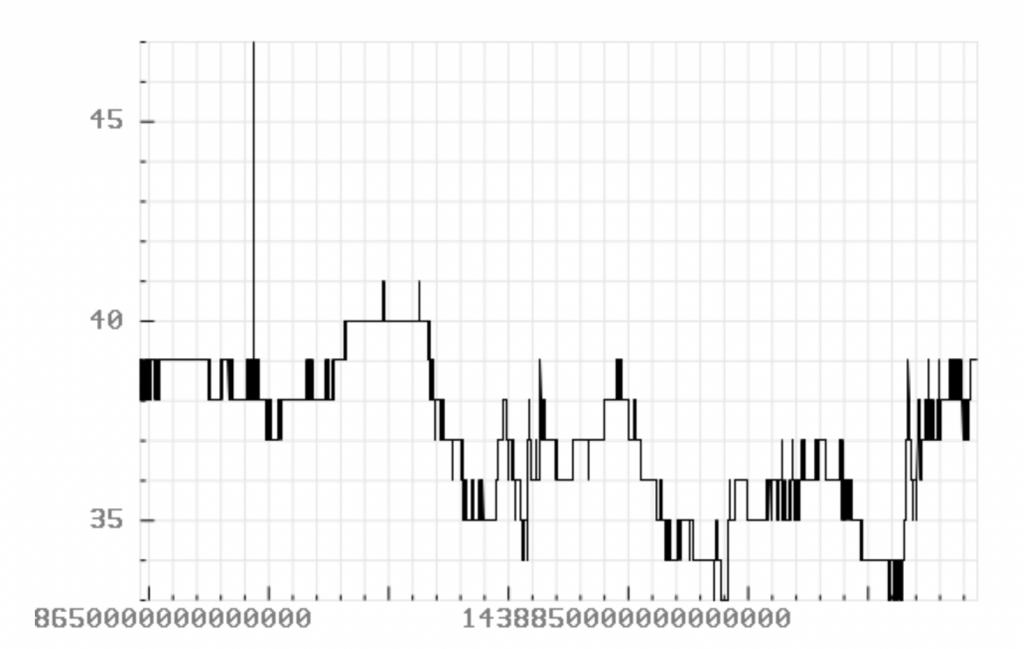 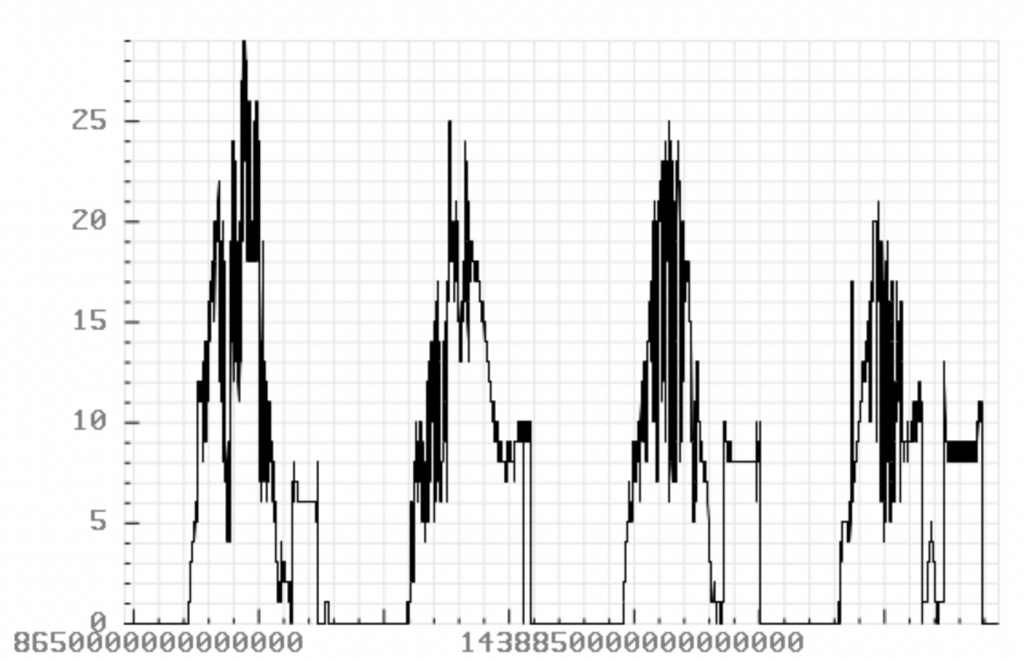 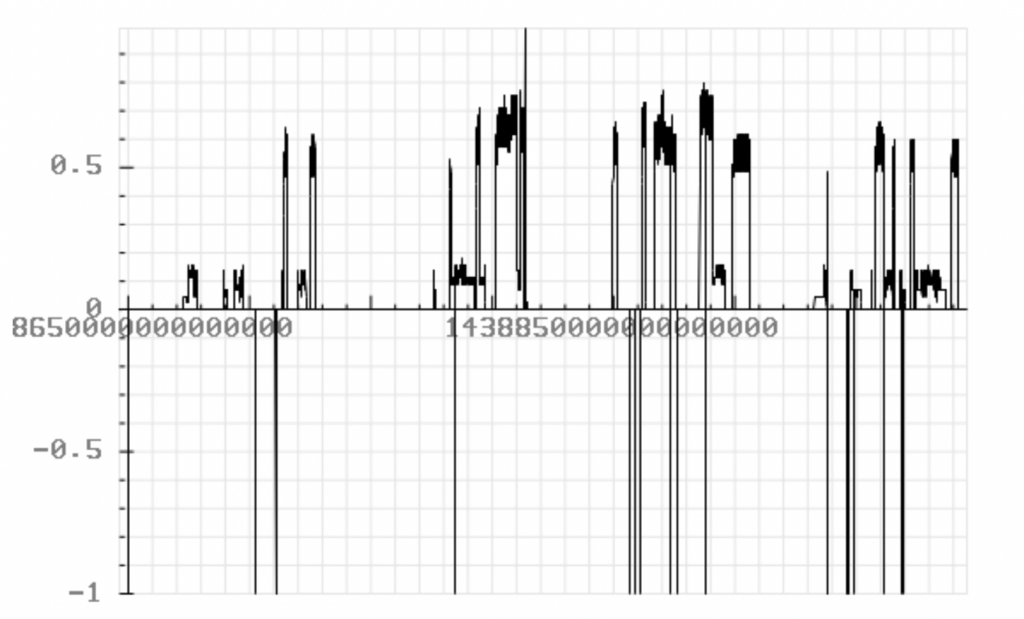 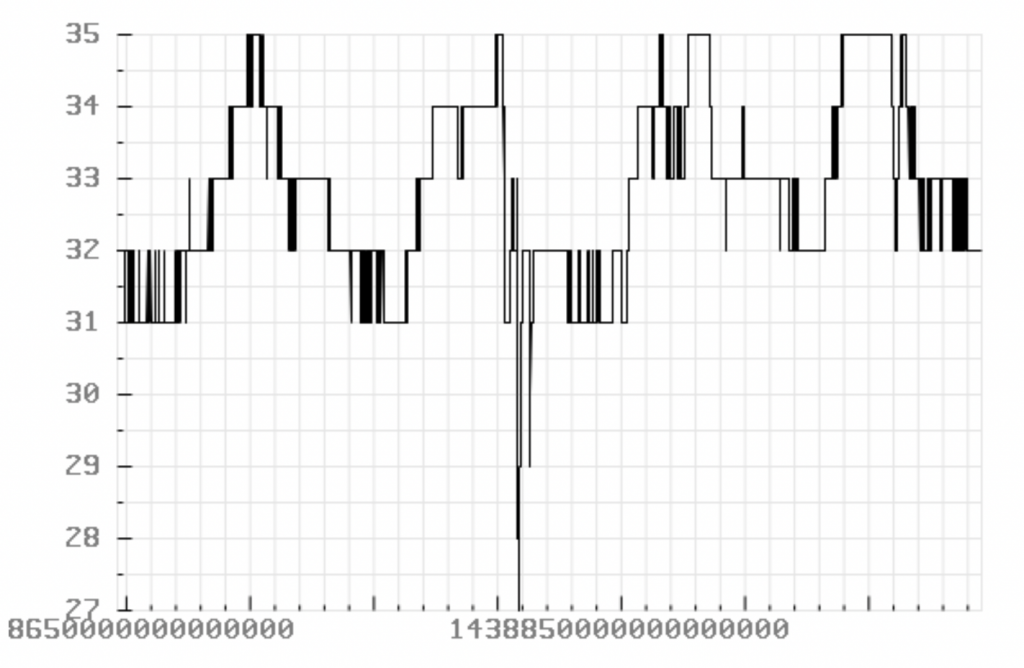 To recap, time-series databases (TSDBs) are different from RDBMSes in the sense that a TSDB is highly specialized in backing up stored time-series data. As a result, writing and querying the data happens at lightning speed.

Google recently released a new programming language named Carbon as a potential replacement for C++, so keep an eye out for how that experiment progresses.

For your own applications, check out InfluxDB, a database that provides metrics, events, and data analytics for time series data.