Ghosts of Holidays Past: Old Computer Games Get Second Plays on Archive Sites 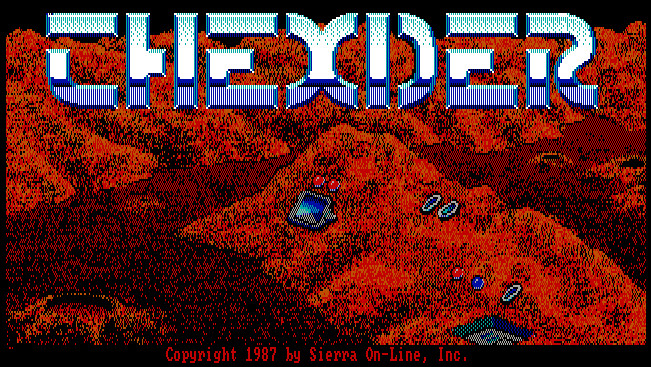 This is still true today, but the rise of digital distribution has really served to undercut the thrill of opening packages of games on Christmas morning or on a Hanukkah night. It’s just not the same, getting a Steam gift card, as it was unwrapping an overly large cardboard box filled with disks and manuals. If you’re as old as we are, you may even remember when games came with copy-protection wheels and overlays.

Those days are long gone, but their shadow still remains online, thanks to a tremendously dedicated team at Archive.org. These folks began by saving actual bits off of disks and storing them for download, but in the last two years they’ve significantly stepped up their game.

The Archive Team (a “loose collective of rogue archivists that meets in #archiveteam on Efnet) has been busy porting MESS and MAME to JavaScript. MAME, you likely know as the Multi Arcade Machine Emulator, but MESS is even messier. It’s the multi-machine emulator and supports everything from the Sega Genesis to the Apple II.

By porting these emulators to JavaScript, the Archive.org team has been able to establish the Software Library and the Console Living Room, and the Historical Software Collection, all playable in the browser.

So, then, it is with great pleasure and tremendous nostalgia that we take a walk down the lanes of digital gaming history to inspect some of the more relevant and groundbreaking games in the collection.

We might as well begin at the beginning. The Apple II library on Archive.org is second to none, online. You can start off with everything: The Old School Emulation Collection (TOSEC) archive of everything ever released for the Apple II is available here. If you’re slightly older, the Apple IIgs TOSEC archive is here.

Most Apple II software is in the 5KB to 10 KB range, so, as you can imagine, the fact that each of these archives is over 200 MBs in size is impressive. The Apple IIgs TOSEC archive is over 300MBs, in fact. That’s a lot of Thexder. 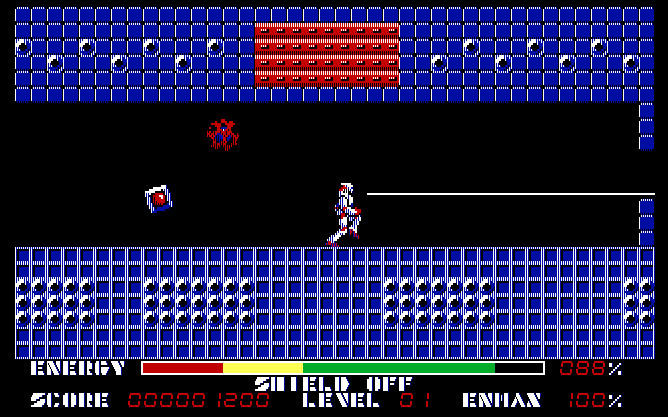 One of the issues with TOSEC archives, however, is that they often include too much of everything. Instead of one copy of a game, TOSEC archives tend to include every single possible distribution of that game, from the European release to discovered betas, to broken patched versions. It can be tough to work with TOSEC files, so we recommend checking out the No-Intro sets, also hosted at Archive, though in a more subtle fashion. No-Intro sets include only one working copy of each game.

But why even bother downloading anything. The hard work the Archive team put into its JavaScript emulation platform means that no one has to download anything anymore. The best of the Apple II games library is already playable online in the 4AM archive, and in the Apple II Games Library. The current work on those libraries is mostly around cracking old games, an endeavor that will appeal to those who appreciate decompiling assembly language. And for you real history buffs, Akalabeth is also playable in the browser. This is the game that launched the career of Ultima creator Richard Garriott. 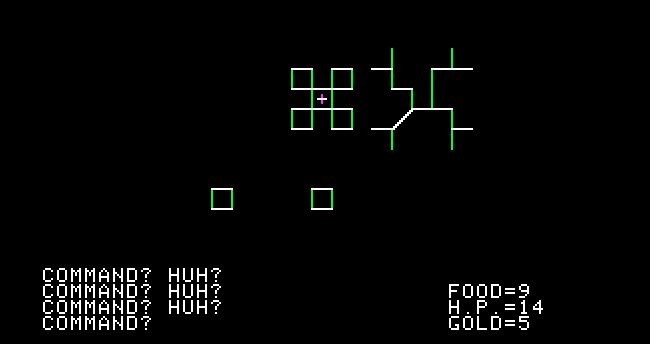 Of course, the Apple II is not the only computer emulated on Archive.org. For the British among us, there is a healthy selection of ZX Spectrum software, and it works in the browser as well. It would seem the Spectrum was easier to emulate, as there are few things here that do not yet run in the browser, unlike most of the other platforms supported.

For my money, you can’t get much better than Skool Daze, the quintessential British kid game for the Speccy, as they called it. Skool Daze has you following your classmates around a digital school, following them to class, shooting them with slingshots, and avoiding teachers who will assign you punishments. Of course, there’s also a few 007 games to round out the British appeal of the Speccy. 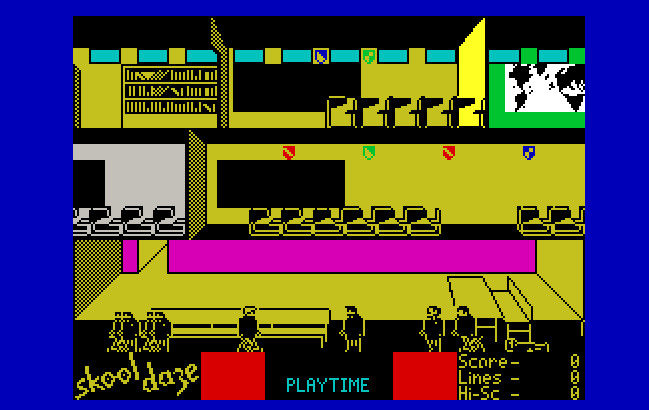 Here in the states, it’s much more likely that you grew up playing games on a DOS computer. And Archive has you covered there too. The DOS Games archive is filled with hidden gems, some of which are still being optimized to play at a decent clip in the browser. By far and away, the most popular game here is the Oregon Trail, but there are plenty of other gems in the archive: Prince of Persia, SimCity, and the German U Boat Simulator all come immediately to mind.

If you grew up with quarters in your pockets instead of a list of sound card IRQs, perhaps you’ll feel more at home in the Internet Arcade, where players can play Defender, Q-bert, and Paperboy in the browser.

Stepping back to that same era, the Atari 2600 is also supported in Archive.org. River Raid is playable, as are Pac-Man, and Pitfall. You can even play the infamous ET game. Then there’s also Adventure, the game that invented the easter egg, and Halo 2600, one of the few 2600 games written this century,

You can get a bit more modern with it, too. If you had a Sega Genesis, for example, that’s here too: Mortal Kombat, Sonic the Hedgehog, Street Fighter II, and the Lion King are all playable. 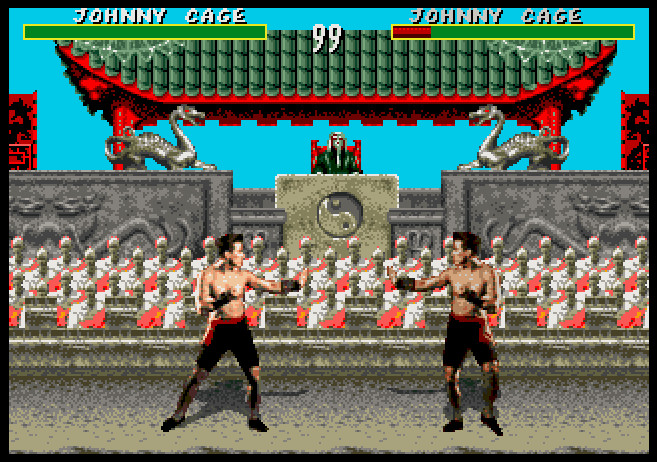 Other highlights of the collection include the Atari 7800 Library, the Amstrad GX4000, the Super A’Can System, and even Space War for the PDP-1 (the first digital game).

Hopefully, those are enough games to tide you over into the new year. We haven’t even scratched the surface of the non-gaming software on Archive.org, you see. It’s also hosting things like VisiCalc (the first spreadsheet), a host of Mac OS 7.1 software, and archives of famous archives, like Tucows! And if you’re still not having enough fun, go sign into #archiveteam on Efnet and say “I want to help!”

Alex Handy is the founder and director of the Museum of Art and Digital Entertainment, a 501c3 non-profit video game museum located in downtown Oakland, California. The MADE preserves our digital heritage through playable exhibits across over 30 systems, and free programming classes for kids. The MADE also undertakes software preservation work, such as its relaunching of Habitat, the first virtual world, released in 1986 for C64. Habitat is now back online as Neohabitat.org.

The New Stack is a wholly owned subsidiary of Insight Partners, an investor in the following companies mentioned in this article: MADE.