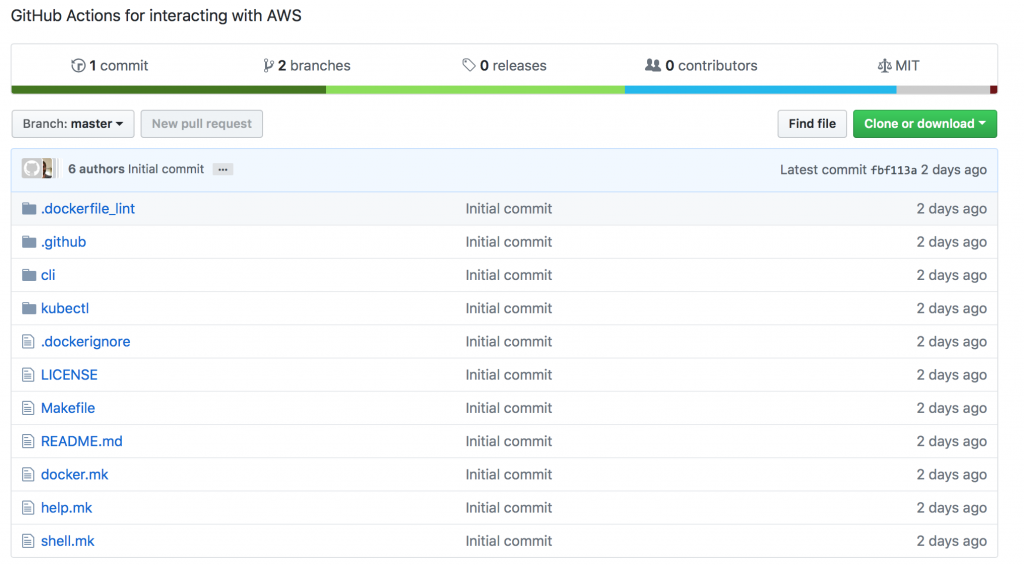 For its annual user conference this week in San Francisco, GitHub unveiled a new product, GitHub Actions, that allows developers to create small bits of code that can be used to trigger events or a set of event within the code repository service.

GitHub wanted to create an environment where developers can focus on what they’re most interested in, which is writing code, said Sam Lambert, GitHub head of platform in an interview. “Our question was, ‘how do we keep devs in the zone?’” The answer was to automate everything that is needed for code production, aside from writing the code itself.

“We took CI/CD and applied principles across the pipeline from idea to production to bring flexibility into the workflow,” said Lambert. “You can do CI/CD with Actions, but so it is much more.”

For example, you wrap into can action all the manual steps to push your code through to a cloud service. Actions also works with third-party software: With LaunchDarkly, you can use an Action to flip a feature flag simply by closing an issue.  Later you can use a single Action to approve and apply actions in Terraform.

Mitchell Hashimoto from @HashiCorp is here!

Terraform uses #GitHubActions to:
– automate error checks in your config
– add the Terraform plan to the pull request itself
– simplify pull request reviews

Developers can use pre-made actions or write their own in any language.  Actions become part of the GitHub codebase, and so are available to all developers once written.

Max Schoening, GitHub’s senior director of product design, explained Actions are set up so developers can create their own workflow.  “You can chain as many as you want, and can trigger a workflow from any event in GitHub platform.”  He did warn that, with the beta, there is a cap at 50, which, he pointed out, is a lot of actions to string together at one time.

The key is that Actions are simple, actionable and repeatable. The only requirement is to have a top-level docker file. “Actions let you point to someone else’s repo, an existing Dockerfile, or a path, and the action will behave accordingly. This is a whole new can of worms for open source possibilities, and ecosystems,” wrote Sara Drasner, Senior Developer Advocate at Microsoft,  in an article that gives examples of how to write your own Actions.

The buzz on Tuesday was immediate. Pawan Mittal, a lead developer at Adobe, tweeted “This is freaking awesome.”  Others were likewise enthusiastic:

And developers are already making plans on how to use it.

We're currently redoing our entire infrastructure consisting of hundreds of servers and we'd like to use #GitHubActions to manage our automatic deployment process, feature branches and more! We're already deeply integrated with @github and would love to try this out!

I just want to use #GitHubActions to finally retire all my @circleci jobs and the few @gitlab CI jobs! @github thanks for making any dev’s life better!

And that raises the question of just how this product will change the DevOps landscape. In an upcoming TNS Context podcast, TNS founder Alex Williams wondered how will this affect the CI/CD platform providers. Anyone from CloudBees to CircleCI and all the other platforms on the market to ease the pipeline process could be affected. And he’s not the only one.

Back at GitHub, Lambert is excited to see what developers are going to do in this playpen.  “I’m looking forward to all the things that people will make that we can’t foresee,” he said.

“We’ve got a great future ahead of us,” said Schoening. Once the basic product is out of beta, additional features such as AI/ML learning code will be added in as well.

Interested? Take a look at Actions in action. Or sign up to be added to the beta.

TC Currie is a journalist, writer, data geek, poet, body positive activist and occasional lingerie model. After spending 25 years in software development working with data movement and accessibility, she wrote her first novel during National Novel Writing Month and...
Read more from TC Currie
SHARE THIS STORY
RELATED STORIES
Record, Connect and Search DevOps Changes with Kosli Unleashing Git for the Game Development Industry New Ebook: A Blueprint for Supply Chain Security Why You Can’t Afford to Miss Data Decisions Create a Local Git Repository on Linux with the Help of SSH
TNS owner Insight Partners is an investor in: LaunchDarkly.
SHARE THIS STORY
RELATED STORIES
How to Find and Solve Engineering Bottlenecks The Future Stack of Code Review Case Study: How BOK Financial Managed Its Cloud Migration Unleashing Git for the Game Development Industry Terraform vs. CloudFormation: Which Is Better for You?
THE NEW STACK UPDATE A newsletter digest of the week’s most important stories & analyses.
The New stack does not sell your information or share it with unaffiliated third parties. By continuing, you agree to our Terms of Use and Privacy Policy.