GitHub Desktop Shows the Developer Needs That Docker Has Surfaced 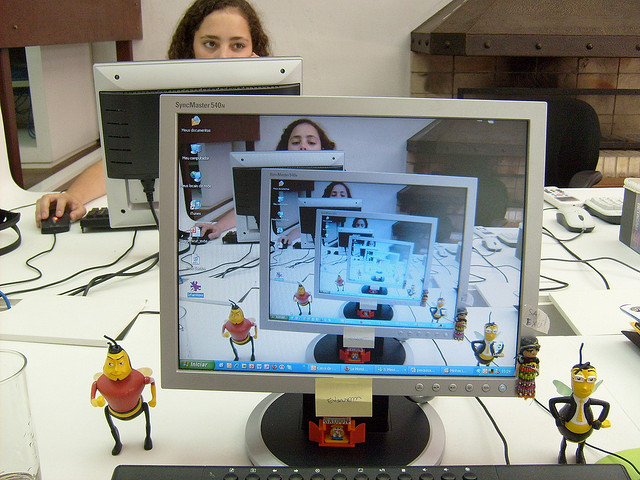 GitHub has released GitHub Desktop to enable a seamless experience for developers coding from their laptops and pushing commit changes directly to their repos on the GitHub site and GitHub Enterprise.

The move acknowledges the new coding environment and developer needs that have surfaced as the norm since the growth of Docker and the container ecosystem movement. One of Docker and container technology’s greatest advantages is that it provides a single source of truth for developers from personal coding projects through to QA and staging, testing, deployment and production. The application development environment on one’s laptop is the same as that on a whole team or enterprise system when it is moved to a larger application architecture setting.

It’s also a growing recognition of the widening reach of GitHub itself. Articles like Melody Kramer’s GitHub tutorial for journalists on the Poynter website are gaining traction because they are showing the non-developer reach of dev tools, in much the same way that non-developers can make use of container technology. While most devs may be comfortable using the command line to access their Git repos from their Mac (or Windows), the Desktop version means that not only can devs make use of a user interface to their repos from their laptop, but — possibly more importantly — so can the non-devs who are making increasing use of the GitHub platform.

Now GitHub is emulating that experience by enabling developers to work from a desktop (Mac or Windows) version of GitHub and access several of the same features they would access through the web portal. Devs can clone or create new project repos in their GitHub account, create and switch branches, and view different versions of uncommitted changes. Visualization elements from GitHub.com — like viewing a graph of commits and navigating through local branches — is also available from the new desktop tool.

Developers can also create pull requests, and merge changes back to the master branch.

Ideally, the new Desktop tool is suited to developers who are in the development-to-deployment workflow, but for those working on open source projects or who use GitHub to monitor bugs, feature requests or other problems in existing applications, Desktop is not yet the answer. Users cannot view issues through GitHub Desktop and are unable to add new issues or respond to existing ones, so for these more team-based or community-facing dev tasks the browser or command line will still be essential.

One cool, Easter egg-like aspect of GitHub Desktop for Mac is the fun titles given to release notes. The list of features improved, added or fixed are shown with their relevant version number (the new Desktop is now at version 3.0). Each set of these changes is given a short title, ostensibly taken from some random internet meme, I gather. The now-classic “Troll the respawn, Jeremy” line from “Unbreakable Kimmy Schmidt” gets a nod, as does a hashtag-friendly version of one of Tobias Funke’s most memorable lines in “Arrested Development.” It’s a great way to engage users to read a boring changelog and brings a quirky sense of fun to reviewing what has been changed in release updates.

Mark Boyd is a freelance writer for The New Stack and ProgrammableWeb. He's into: API economy, open data, smart cities and tech that helps us interact and connect.
Read more from Mark Boyd
SHARE THIS STORY
RELATED STORIES
Entrepreneurship for Engineers: Painkiller or Vitamin?  Making It Easier to Build Apps with Time Series Data Jamstack Panel: Multiple JavaScript Frameworks Are a Good Thing How Do We Protect the Software Supply Chain? Are Monolith CI/CD Pipelines Killing Quality in Your Software?
TNS owner Insight Partners is an investor in: Docker.
SHARE THIS STORY
RELATED STORIES
Devs Are Excited by ActivityPub, Open Protocol for Mastodon Are Monolith CI/CD Pipelines Killing Quality in Your Software? Red Hat Helps Make Kubernetes Security More Accessible Software Developer Tool for Quantum Computers Launching Soon Case Study: How Dell Technologies Is Building a DevRel Team
THE NEW STACK UPDATE A newsletter digest of the week’s most important stories & analyses.
The New stack does not sell your information or share it with unaffiliated third parties. By continuing, you agree to our Terms of Use and Privacy Policy.