On August 20th, GitHub launched the ReadME Project a new series of web pages "to amplify the voices of open source software" — promising to bring the stories of the people who create it.
Sep 7th, 2020 3:00am by David Cassel 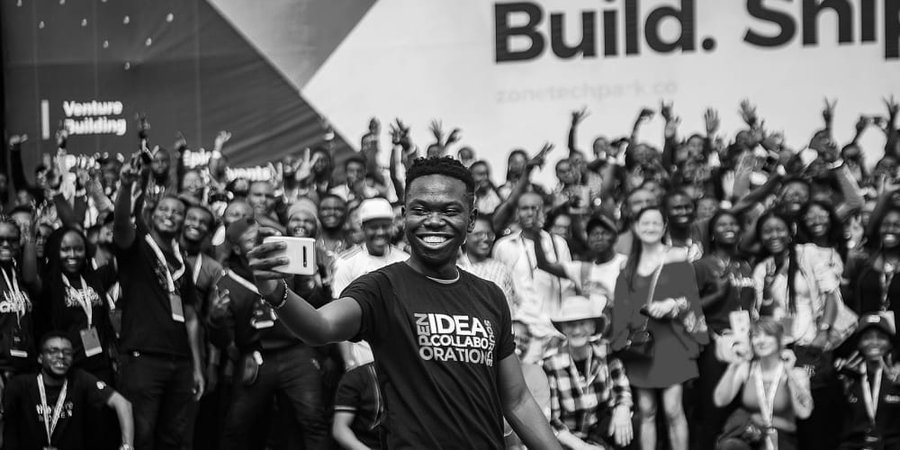 On Aug. 20, GitHub launched the ReadME Project a new series of web pages “to amplify the voices of open source software” — promising to bring the stories of the people who create it.

It’s an attempt to provide a window into the culture that’s underlying much of the software being made today. “Coding is usually seen as a solitary activity, but it’s actually the world’s largest community effort,” the site explains, “led by a small group of open source maintainers, contributors, and teams.

“These unsung heroes put in long hours to build software, fix issues, field questions, and manage communities, often without funding or recognition. The ratio of consumers to maintainers can be as unbalanced as 2,000 to 1.”

While those maintainers and developers may be intimately familiar with the challenges and rewards they’re experiencing, “they often go unseen by others,” wrote GitHub’s senior developer advocate Brian Douglas in a blog post introducing the site. “We read a lot about the preeminence of software, less so about the communities of people pouring their efforts and passions into it.”

But it’s becoming an increasingly important topic if you want to understand the new future that’s being built today, the blog post argues. “Open source powers software on a planetary scale: 99% of code is built on it.”

They’ve now profiled nine different developers from around the world — from New York to Nigeria, as well as the Netherlands, the United Kingdom, Kenya, and China.

“Every day, I take at least five to 15 minutes for open source,” writes California-based developer Jordan Harband. “To me, it’s more like meditation than work… I made commits on my wedding day and on the days both of my children were born, and I was still fully present for all three of those events. My commits were simply part of my daily routine.”

Harband is part of the committee that writes the specification for JavaScript (as well as being involved in the community around Node.js.) “I recognize and cherish the ownership and responsibility I carry within the open source community,” he writes, “where a little negativity or positivity can go a long way.” His advice for new maintainers? “Be courteous with everyone you interact with…” (And of course, document everything thoughtfully…)

There’s also a profile from Port Harcourt, Nigeria, where Samson Goddy is maintaining Sugar, an open source software-learning platform for children. (And he’s also the co-founder of Open Source Community Africa.) “I get to work with a lot of people across the globe,” he writes. “Not just on the coding side, but socially. That’s the beauty of open source. It gives me the opportunity to get to know other countries and collaborate with different people. It makes me a better human.”

While I am someone with many hats, this article is about me in open source and what I have been doing around OSS since 2017. I hate writing about myself, but here you go.#RT

So what was the reaction to GitHub’s new site? “Overwhelmingly positive,” says Brian Douglas, GitHub’s senior developer advocate, who adds that the series is “definitely stoking conversations.”

“Our community sees The ReadME Project as a step towards building open source culture. We’ve seen a good reaction around the need to practice empathy for maintainers, and intrigue for individual journeys.” And there’s also been an interest in understanding the challenges faced by open source maintainers — “for example, more awareness around the larger topic of open source funding.

“In the span of two weeks, we’ve received hundreds of nominations from every continent (except Antarctica).”

The idea for the site came from the company’s ongoing experiences with developers, Douglas tells me. The company has “a tight, day-to-day, connection with our community,” leaving GitHub “aware and connected” to their stories.

“I’ll also say that these stories are personally motivating to us at GitHub. Our team has been working with individuals being profiled over that past several months and often have a chance to share snippets of their conversations in our company all-hands meetings. The stories have inspired us at GitHub in many ways, and we hope we can share that same energy with readers through The ReadME Project…”

But the site aspires to more than just inspiration. “Our goal was to create a place where we could start sharing these stories but do it in a way that is authentically theirs but also authentic to the craft of developing software.” This means sharing not just positive stories, but also those “lessons to be learned and shared — both personal and professional…” Douglas’s blog post describes it as “stories of personal growth, professional challenges, and lessons learned — the journeys you might not see behind projects you probably use every day.” And it urges readers to “take something constructive from these personal profiles and merge it with your own story.”

“Open source is incredible, uplifting, and collaborative, but it’s also imperfect. All of us can learn from the creativity, grit, and perseverance of the individuals who build it.”

For example, this week also brought a profile of Alex Ellis, the founder of OpenFaaS, a project that helps users deploy functions and existing code to Kubernetes, who also created and maintains k3sup (“ketchup”) for building Kubernetes clusters and inlets (“The Cloud Native Tunnel”). “I’m passionate about helping companies build communities and navigate the Cloud Native landscape and am a CNCF Ambassador…” Alex wrote. But he added that “It can be extremely lonely as an open source maintainer because at the end of the day, there’s only one person who’s got their neck on the line, and that’s me.”

But what comes through GitHub’s ongoing project is a general commitment to raising awareness. Or, as Douglas put it, “We want The ReadME Project to be a gathering place for people to learn about the stories behind open source software. To learn something about the journey or to get excited about an organization that is leaning on open source software to move the world in a positive direction.

“There are a lot of actions you can immediately take from these stories. For someone new, maybe it inspires you to learn how to code. For more advanced developers, maybe they’ll start contributing to a project.

“For everyone, it’s about looking at Open Source Software through the lens of humanity.”