GitLab Issue Board: A Project Management Tool Built from Experience 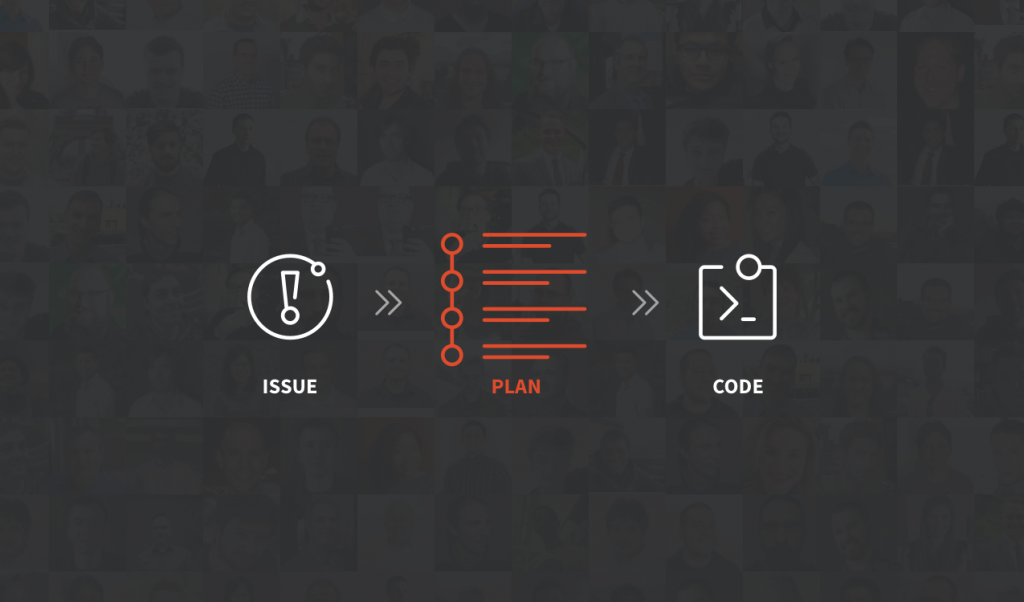 Image from GitLab.
TNS Annual Reader Survey
We need your input! Take 5 minutes to chime in and help guide our coverage.
Begin the survey

Process management is a topic that gets a lot of buzz with big data. Older development styles like Waterfall, Scrum, and Agile are not suited to the zip-fast release schedules required in today’s continuous development environments. Engineers, maintainers and project managers trying to cram new processes into old systems, like Cinderella’s step sisters trying to jam their feet into the glass slipper.

In the meantime, engineers are watching the automated open source process management on sites like GitHub for personal projects wondering why they can’t use this process at their day job. 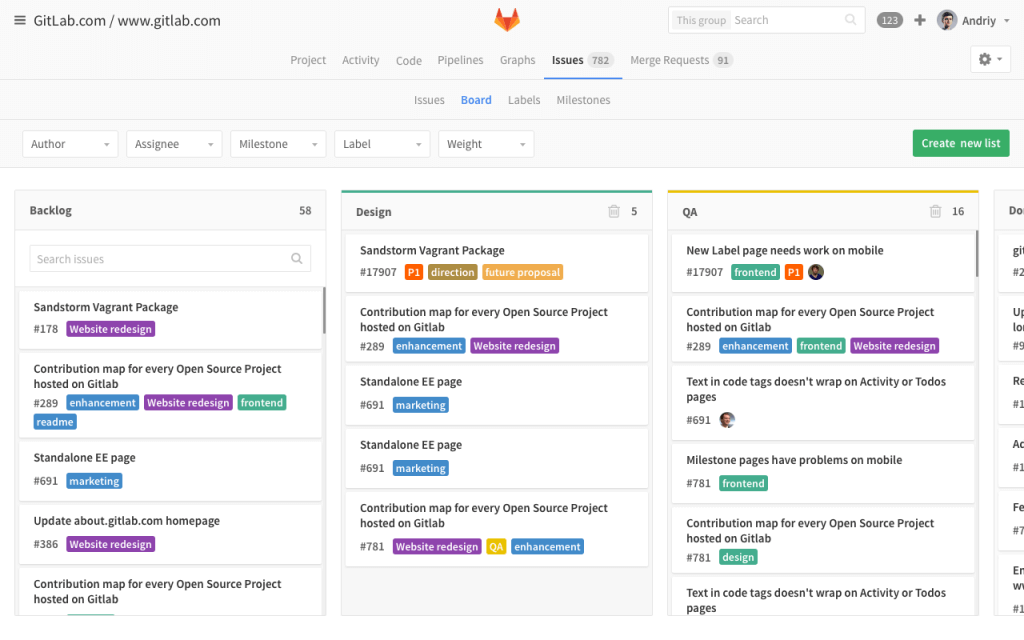 GitLab’s built-in Issue Board offers a new way to manage your issues. Your Issues are displayed as cards on the board so you can more easily visualize your feature or product release.

Well, now you can. This week, GitLab released the new Issue Board. Developed using experiences of GitLab, and other open source companies using innersource processes. Issue Board is a software project management tool that can be used to organize the development of a new feature or application.

PayPal, Bloomberg, Bosch, Autodesk, and SanDisk have been working closely with GitLab to implement innersource, which is using open source processes behind company firewalls.

As reported earlier this month, Panna Pavangadkar, global head of engineering developer experience at Bloomberg, has been collecting best practices since fast-tracking innersource at Bloomberg in 2014. She’s been sharing them with GitLab and with Danese Cooper, a distinguished member of technical staff at PayPal, who is a leader in innersourcing at that company and introduced Pavangadkar to the concept.

GitLab combined the best practices from all its innersource clients with GitLab’s release management experience in developing the Issues Board. But it went one step further, incorporating findings from The International Journal of Computer Applications (IJCA) 2013 study regarding effective release management processes.

This makes the Issue Board comprehensive and designed from experience, not theory. What an interesting concept.

So what is the Issue Board all about?

For teams who are just adopting GitLab or what to standardize their process, the Issue Board also offers default Lists that can be used to create an Issue Board in one click.

GitLab CEO and co-founder Sid Sijbrandij said that one advantage is the increased visibility across projects. The Issue Board allows development teams that have dependencies between each other to plan more effectively.

“It’s even easier for cross teams to drill into each other’s work simply by clicking on the issue card, opening the issue, following the commentary, and seeing any linked merged requests,” he said.

Another advantage is that it will look very familiar to current GitHub and GitLab users. “Using GitLab’s existing Label functionality also means that you’ll have all the same filtering and sorting abilities you see across the rest of the product,” said Sijbrandij. 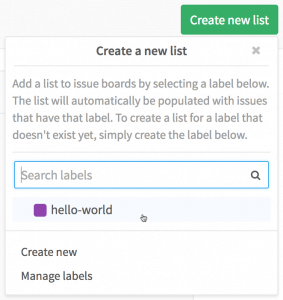 Every development team has their workflow. The Issue Board is flexible. Teams can create Lists and re-order them on the board to mirror their workflow.

Automation of the process is key. “Lists” represent the steps in the development process. “Lists” are based on your Labels. “Corresponding issues will appear on lists as you create them.” So the Issues board works out of the box with your existing GitLab issues.

Updating Lists is automatic. “When you move issues between lists, the label on the issue is automatically updated,” explained Sijbrandij. “This new label is displayed in the Issue Tracker as well as on the issue itself so even if someone on your team isn’t checking the Issue Board they’ll still have a record of what step an issue is on.”

Bringing It All Together

GitLab created a list of 10 steps, ranging from idea to production, that models the entire software lifecycle process:

In addition, the built-in status report allows visibility into the process for all team members across the project.

GitLab will host a webinar this Thursday, September 1, to demo the Issue Board and other new features of GitLab 8.11. Register here.