In May,  the GNOME Foundation settled a patent dispute with Rothschild Patent Imaging (RPI), and Leigh M. Rothschild, owner of RPI.
Jul 30th, 2020 8:58am by Amanda Brock and Matt Berkowitz 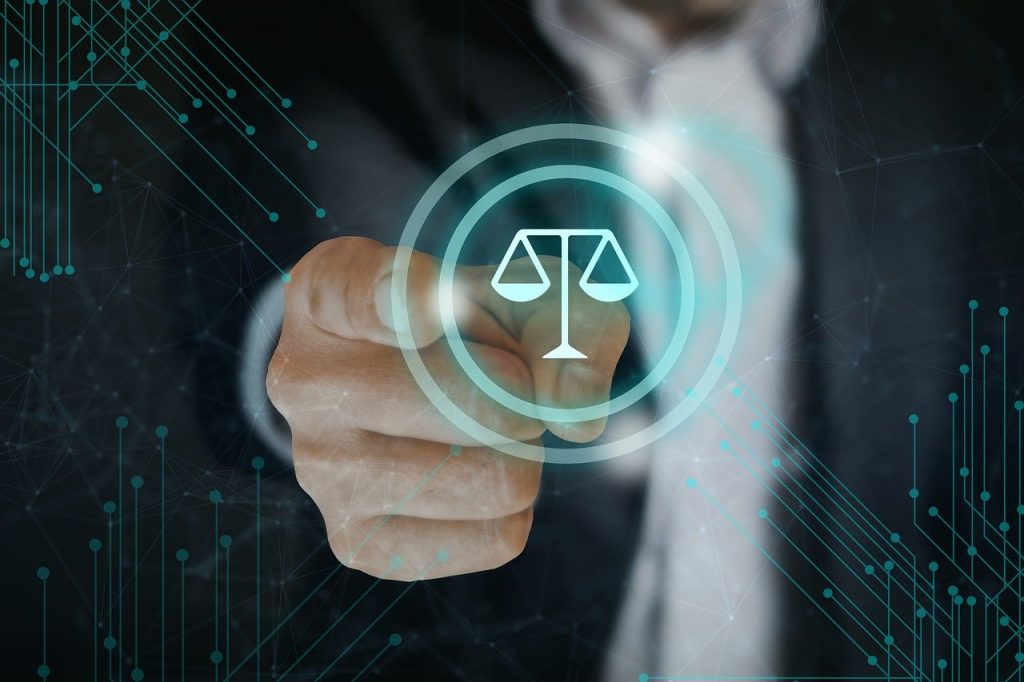 As 2020 comes to an end, humanity will be looking back on a year of, to say the least, unusual events. We can say with some certainty that, although it is only just July, from an open source perspective, the outcome of the “Gnome patent litigation” will be one of the key events we will recall from 2020.

In May, the GNOME Foundation settled a patent dispute with Rothschild Patent Imaging (RPI), and Leigh M. Rothschild, owner of RPI.

In this walk-away settlement, GNOME received a release and covenant not to be sued for any patent held by RPI. Further, both Rothschild Patent Imaging and Leigh Rothschild are granting a release and covenant to any software that is released under an existing Open Source Initiative approved license (and subsequent versions thereof), including for the entire Rothschild portfolio of patents, to the extent such software forms a material part of the infringement allegation.

It was important to GNOME that this case serves as an example for other non-practicing entities considering lawsuits against open source software and that the entire open source community benefit. 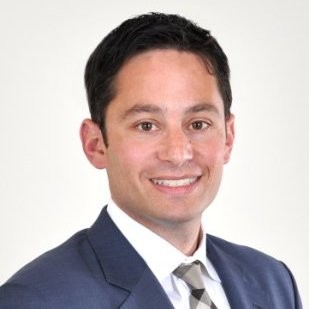 Matt Berkowitz
Matt Berkowitz is a partner in Shearman & Sterling’s Litigation practice. His practice focuses on patent litigation in federal district courts and the International Trade Commission (ITC), as well as post-grant proceedings in the US Patent and Trademark Office. Matt has experience across a broad spectrum of technologies, including consumer electronics, memory systems, hybrid vehicles, pre-collision vehicle systems, aircraft components, and pharmaceuticals.

RPI is a patent assertion entity owned and controlled by Leigh Rothschild, who is the named inventor on approximately 150 U.S. Patents and who has been behind nearly 300 patent cases over the last five years (in the names of various entities).

On Aug. 28, 2019, RPI sued GNOME Foundation for alleged infringement of U.S. Patent No. 9,936,086, which RPI had, at that time, asserted in two other cases (and has since asserted 8 additional times).  The ’086 patent is, in effect, directed to the basic idea of filtering pictures from a camera.

The patent discusses receiving photos from a camera or smartphone, filtering them depending on whether they match a topic or the photos, and then wirelessly transmitting the photos that match the filtering criteria. Rothschild filed an application for the ’086 patent in 2017).

As a result, any similar idea coming before the effective filing date (including any earlier priority applications) would qualify as “prior art” and would invalidate the claims. Patent laws seek to reward innovation by granting the inventor a monopoly right over the invention for a specified period of time. In other words, in exchange for explaining and teaching the invention publicly, the inventor can prevent others from practicing the invention as it is claimed in the patent.

GNOME, started in 1997 by Miguel de Icaza and Federico Mena, is a free and open source desktop environment for open source operating systems. It provides a framework for the development of software, to program end-user applications based on these frameworks and to coordinate efforts for internationalization, localization and accessibility of that software. GNOME 3 is the default desktop environment for a number of major Linux distros including Fedora, Debian, Ubuntu, SUSE, Red hat Enterprise Linux, CENTOS and more. It is visibly at the heart of open source on the desktop and open source distributions.

GNOME is, perhaps surprisingly, no stranger to litigation. In 2014, Groupon filed for 10 trademarks of variations of the word GNOME for a new point of sale tablet. GNOME’s Foundation already owned a trademark in the word GNOME. Groupon refused to stop this process despite correspondence from GNOME, and, in fact, continued to make further applications for additional marks. By end of October, Groupon had filed for a total of 28 trademarks and showed no sign of backing down.

At the GNOME Executive Director’s instigation, GNOME went down a public route both asking for financial and public support. The $80,000 needed to object to the initial 10 Groupon applications was soon surpassed (over 5,600 people donated $102,000) and, with an abundance of blogs and media from GNOME supporters, Groupon publicly backed down, dropping the applications and the name.

The focus of this article is, of course, patents and patent litigation, not trademarks, but it is relevant to the recent patent litigation to understand that GNOME, as a project and a foundation, has a history of being willing to take a public stand to protect itself and is able to raise both public support and litigation funding from its community. 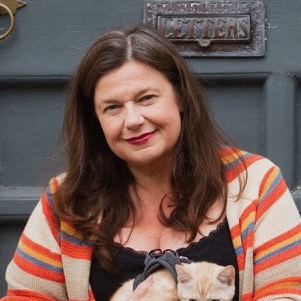 Amanda Brock
Amanda Brock is CEO of the UK body for “open”, OpenUK, the Chair of the Open Source and Intellectual Property (IP) Advisory Group of the United Nations Technology Innovation Labs, the European Representative of the world’s biggest defensive patent pool, the Open InventionNetwork and a member of the OASIS Open Projects' Advisory Council (open source and openstandards).

In light of this, Open Invention Network (OIN) and the open source community are taking steps to address the issue of poor-quality patents. In over 45 cases where an OIN community member was the subject of claims, the organization has coordinated with experts, identified prior art, and shared it for use against NPEs or corporate patent aggressors. In addition, OIN has been one of the leading users of the USPTO’s patent pre-issuance submission program, having helped to get more than 25 overly broad patent applications rejected and significantly reducing claim scope in another 40 patent applications. More recently, along with other organizations, OIN supported Unified Patents’ Open Source Zone with a multimillion-dollar subscription. The Open Source Zone works to reduce NPE activity through prior art and USPTO challenges as well as monitoring, market intelligence, and analytic tools.

GNOME is a member of OIN and although in this particular case, GNOME couldn’t leverage the defensive patent pool OIN holds to support its licensees from patent aggressors (by offering these OIN held patents to licensees to form the basis of countersuits), they were able to support GNOME in seeking out and providing prior art to the GNOME legal team. This helped strengthen GNOME’s position and provide reassurance.

Shearman & Sterling LLP is a large full-service international law firm had never before represented anyone pro bono in a patent case, but this immediately struck a chord as an important and worthwhile cause; it was the first time that Shearman could recall a non-practicing and litigious entity (the Rothschild-controlled companies) suing an open source platform.

Gnome Executive Director Neil McGovern immediately made clear to Shearman that he had no intention of paying any money to Rothschild.

GNOME  notified the public about the case on Sept. 25, 2019. GNOME again went out to its community and raised over $150,000 from more than 4,000 individual donors. “One of the strengths of the community is how passionately we care about what we do, and how we rally around each other when there’s trouble,” said McGovern, a fact clearly lost on RPI. Or, perhaps RPI missed the Groupon case of a few years earlier when doing pre-litigation research on GNOME.

RPI asserted that the GNOME Shotwell platform infringed claim four of the “’086 patent,” which reads in its entirety of these four claims:

Shearman began to investigate the merits of RPI’s claim and quickly concluded that it was meritless.

RPI’s only allegation was that it invented the particular asserted claim (claim four) in 2010 (at the earliest, and potentially later), meaning that the “accused” Shotwell program itself, which was first released in 2007, pre-dated the claimed invention.

It is an axiom of patent law that something which infringes a patent, also invalidates that patent, if it comes before the patent. In other words, RPI could not allege infringement while at the same time avoiding invalidity over the same product.

Shearman also considered patent eligibility; the U.S. Supreme Court has ruled on numerous occasions that abstract ideas, such as mental processes and manipulating information, are not eligible for patent protection, even if they involve use of generic computer components in a routine manner.

While Shearman had numerous potential defenses, they moved to dismiss RPI’s complaint on the aforementioned abstract idea grounds, given that this was the type of issue they believed could be resolved as a matter of law, without the need for lengthy litigation. The defense was made public by GNOME on Oct. 21, 2019.

Importantly, concurrent with the motion to dismiss, a counterclaim was filed by GNOME, alleging invalidity and non-infringement, and requesting that the Court provide GNOME with reasonable attorneys’ fees as compensation for RPI’s baseless patent infringement allegations (pursuant to a law allowing fee-shifting in “exceptional” cases).

Because a counterclaim was filed, RPI was unable to simply “dismiss” the lawsuit voluntarily without further repercussions pursuant to a Federal Rule of Civil Procedure permitting such dismissals prior to an answer or counterclaim.

Per GNOME’s request, Shearman demanded attorneys’ fees and some protection from future assertions by RPI in respect of the asserted patent that would be for the benefit of the entire open source community.

Shearman explained to RPI that they suspected it was undercapitalized as a corporate entity and might not have respected other corporate formalities. As such, they wanted to test whether Rothschild himself (or other parent organizations or individuals) should be held liable for the attorneys’ fees demand. RPI again sought to settle but refused to agree to pay attorneys’ fees.

After more than two months of negotiations and numerous phone calls with Rothschild and the general counsel of his company Patent Asset Management, an agreement was reached.

The agreement gave a cash-free release and covenant to GNOME for all Rothschild patents, not just the ’086 patent.

As well as the release and covenant to GNOME this also gave the same to EVERYONE IN THE WORLD for all Rothschild Patents to the extent of any material use of open source software licensed by the Open Source Initiative.

In other words, if the open source software is the focus of the infringement allegations, then it is released and each person/entity benefits from a covenant from RPI not to sue them for that usage.

The original settlement offered would only have applied for this single patent, only for GNOME and would be confidential but the final settlement gives coverage for over 100 patents, and patents that Leigh Rothschild may come to win in future.

Shearman and McGovern ultimately felt that this was the best outcome for the open source community and far better than either winning attorneys’ fees or invalidating just the ’086 patent.

The net effect is that this gives protection to the whole open source community, those who develop and those who use open source for more than 100 patents, and not just one.

SHARE THIS STORY
RELATED STORIES
Fear and Layoffs: How to Cope with Tech’s Uncertain Times Collaborating with Internal Dev Experience and Tool Teams What Is a Sociotechnical Knowledge Map and Why You Should Care SANS Survey Shows DevSecOps Is Shifting Left  There Is No Shame in Customer-Reported Incidents
SHARE THIS STORY
RELATED STORIES
Slack: How Smart Companies Make the Most of Their Internships Kathleen Booth, Creator of the First Assembly Language Tackling 3 Misconceptions to Mitigate Employee Burnout The Graph of Life in a Post-Relational World There Is No Shame in Customer-Reported Incidents
THE NEW STACK UPDATE A newsletter digest of the week’s most important stories & analyses.
The New stack does not sell your information or share it with unaffiliated third parties. By continuing, you agree to our Terms of Use and Privacy Policy.