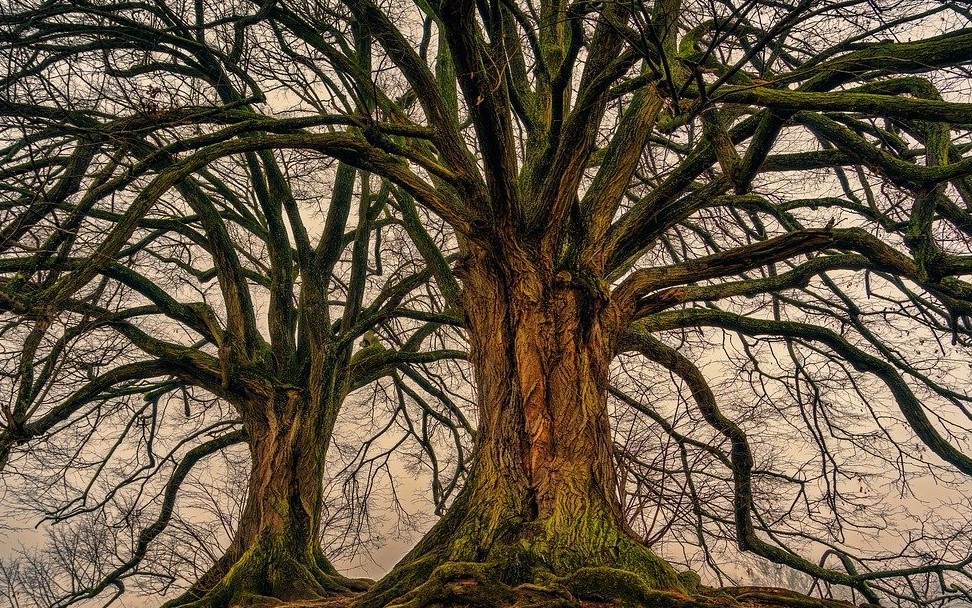 The numbers seem too good to be true. The Google Cloud Platform is used by 49% of enterprise respondents surveyed for Flexera’s “2021 State of the Cloud Report,” up from 20% in the 2019 study. The Oracle Infrastructure Cloud similarly skyrocketed from 16% to 32%. However, Amazon Web Services (AWS) and Microsoft Azure are still atop the public cloud pack.

All the major cloud providers saw increased adoption, and most are also seeing increased spending. That does not mean they are actually the customer’s first choice for their specific multicloud architecture. More than three-quarters of enterprises surveyed use AWS and Microsoft Azure, and the customers usually run significant workloads with them.

In contrast, fewer than half of those using VMware on AWS, IBM Public Cloud, and Oracle clouds say they use the vendor for significant workloads. Google Cloud is in the middle. It gets more than a niche of workloads, yet still doesn’t capture as much as the two market leaders. 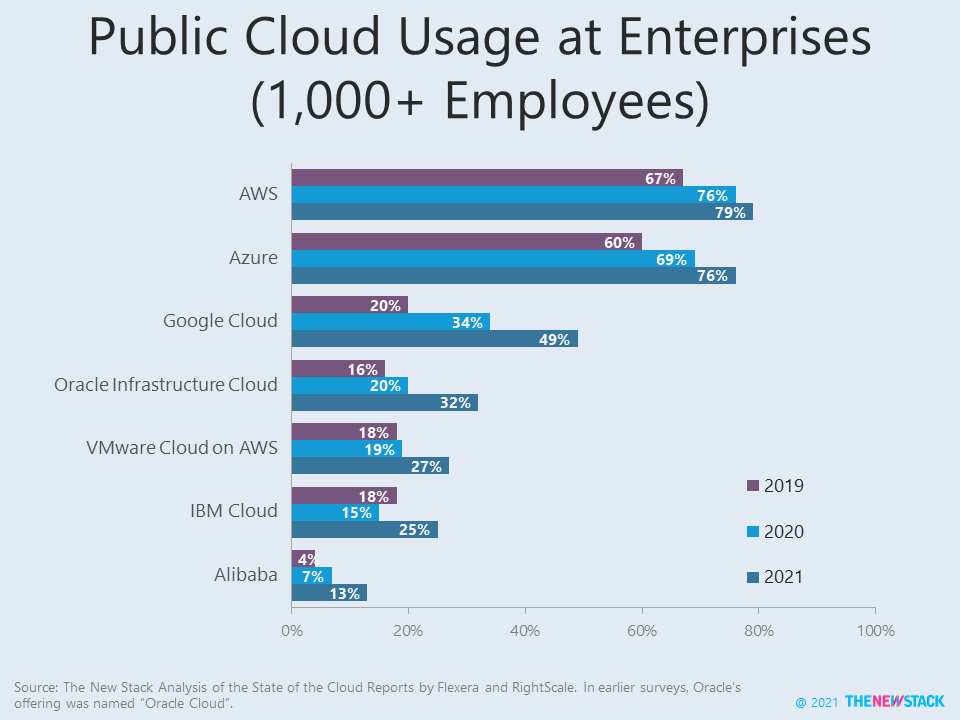 In the study, the average number of public clouds being used and experimented with rose slightly, from 3.4 to 3.7, while private clouds went from 3.9 to 4.9 in the latest study. This is a reminder that “public” is not the only game in town. Overall, if the number of public clouds only rose incrementally, but the adoption of several major providers jumped significantly, that implies that smaller companies are being abandoned.

Google Anthos saw the biggest jump among the private clouds asked about, going from 14% to 21% of respondents at enterprises with 1,000+ employees using it. Google Cloud may have also gained customers by changing its pricing tactics. According to the customers surveyed, 48% got ad hoc negotiated discounts, compared to only 18% in the previous study.

Even if sampling is partly responsible for the huge swing in adoption, increased use of so many major cloud providers is no fluke. Companies are spending more on cloud. More than 90% claim that the COVID-19 crisis has accelerated their cloud plans and at least as many say they have a multicloud strategy. For now, that has translated into companies committing to a few major cloud providers. 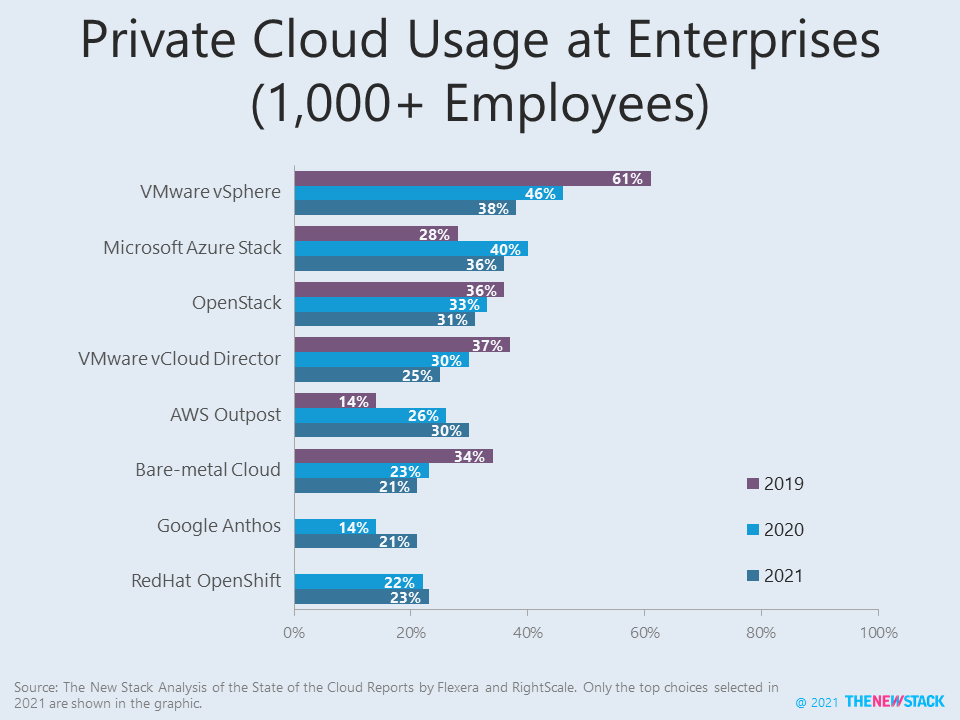