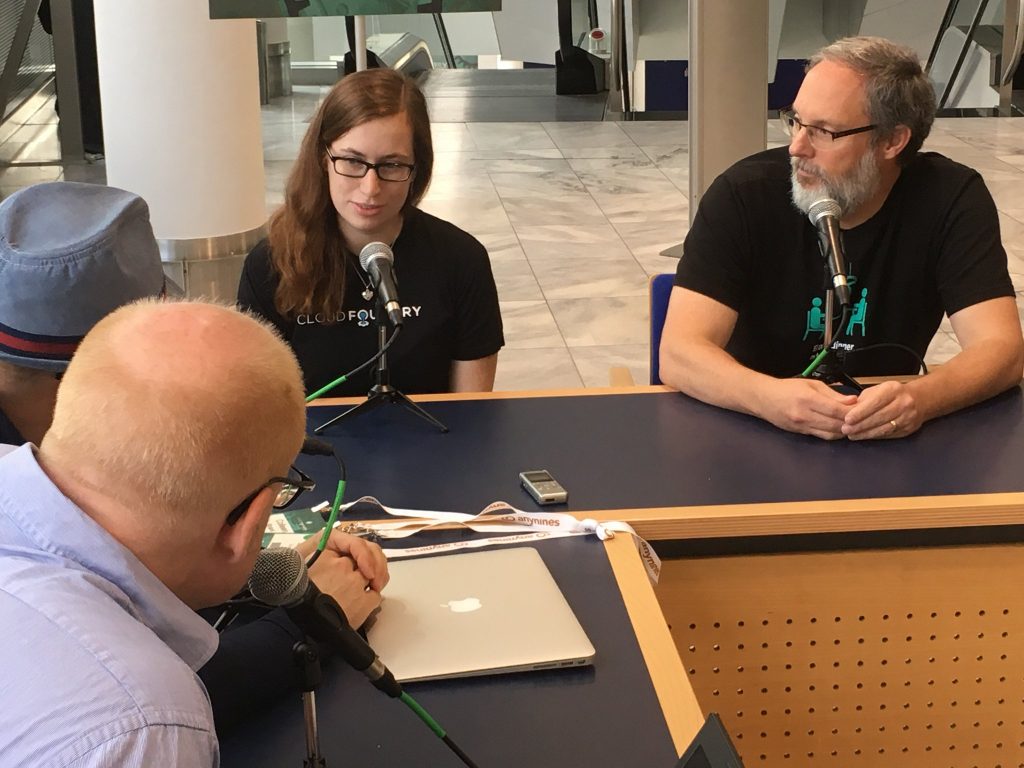 Last week, Google launched a service on its cloud platform that makes it very easy to run Cloud Foundry-based workloads. The pairing will allow rapid provisioning and scaling, or cost-savings when preemptible virtual machines (ML) are used.

Last month, at the Cloud Foundry Europe Summit, we spoke with two of the Google software engineers behind the GCP CLI for Bosh, Colleen Briant and Eric Johnson, to learn more about how the CLI can be used, with Google and with other public and private cloud deployments. Hear the interview on this latest edition of The New Stack Makers podcast:

Bosh does the lifecycle management of the VMs. Cloud Foundry virtual machines that hold operating systems are called stemcells. “Bosh will handle the provisioning of those VMs. There are agents baked into the stemcells that allow the Bosh director to communicate and manage the VMs through that agent.”

The upshot is that “Application developers don’t care anymore about the operating system. It’s more about the environment they are writing their applications to,” Johnson said.

Briant had been working on a set of Cloud Foundry service brokers that  expose GCP services to Cloud Foundry users, including Cloud SQL, BigQuery, Machine Learning, and PubSub.

“The Cloud Foundry Service Broker enables those GCP services to be used natively within Cloud Foundry. So instead of going to the [GCP] console, which developers may not even have access to, or requests someone else to create these services, developers can just create the instances and bind them for their application development,” Briant said.