The U.S. CHIPS Act has opened up a windfall for tech startups and academics to design and produce semiconductors, and Google has partnered with the National Institute of Standards and Technology (NIST) to help facilitate the development.
Sep 14th, 2022 10:36am by Agam Shah 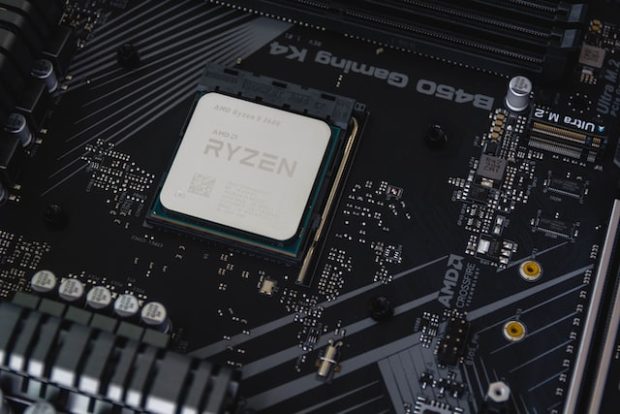 The U.S. CHIPS Act has opened up a windfall for tech startups and academics to design and produce semiconductors, and Google is helping facilitate the development.

Google has signed a partnership with the National Institute of Standards and Technology (NIST) to help academics and startups develop low-cost chips. The chips will be open source, which means that designs can be replicated by others for their own purposes.

The U.S. CHIPS Act, which was signed into law last month by U.S. President Joe Biden, opens up close to $50 billion to incentivize the development of chips in the U.S. Of that, close to $11 billion will go to NIST to facilitate the research and design of chips with a long-term payoff of “reestablishing this sector as the engine of innovation for the U.S. domestic economy,” according to a plan published earlier this month.

Semiconductors are becoming critical to the U.S. as chips are used to modernize industries. The U.S. is weaponizing chips as a geopolitical tool by banning shipments of cutting-edge AI chips to China and shutting down chip exports to Russia.
Google’s Influence

Google has found a unique opening in the chip industry where it can establish an influence. Small chip companies and universities often design chips on paper but can’t get a physical unit in hand because of the manufacturing costs and logistics involved. As part of the partnership, Google and NIST will take over the costs related to manufacturing those chips, which will be made in the Bloomington, Minn., facilities of contract chip manufacturer SkyWater.

Some of the original chip companies in Silicon Valley including Intel, AMD and Fairchild designed and manufactured their own chips. But in the last 20 years, Apple and Nvidia proved that chip companies didn’t need their own factories. These companies designed chips on paper and handed over production to contract chip manufacturers like Taiwan Semiconductor Manufacturing Co. (TSMC).

But the chip shortage, which hit the U.S. economy hard and raised the prices of cars and electronics, highlighted the limited semiconductor manufacturing sites. Chip manufacturers like TSMC and STMicroelectronics prioritized production for larger car manufacturers and companies such as Apple, Nvidia and AMD, which paid more money and had long-term contracts to use the chip-making facilities.

NIST said it expects 40 different chips to come out of the program with Google. Some of the partners include prominent universities known for chip design such as University of Michigan and Carnegie Mellon.

The chips will be open source, which means that the designs will be open for others to copy and replicate. Many of the chips coming out of the NIST and Google program will likely be based on the RISC-V instruction set architecture, which is free to license and replicate. The ARM and x86 chip architectures are either proprietary or need to be licensed.

The chips manufactured will be on older nodes and are aimed more for companies to prototype and test chips before bringing real products out to the market. SkyWater’s facilities manufacture chips that were used in PCs close to 20 years ago but are still relevant for low-cost chips such as sensors and IoT devices.

Google has been prominent in open source software but is making a name in open-source hardware. The NIST program is similar to Google’s existing Open MPW program, in which the company covers the cost of chip development and production for startups and universities. Last month, the Open MPW gained partners that included chip manufacturer Globalfoundries, and the US Department of Defense, which provided $15 million in funding to SkyWater.

But the grassroots development of chips isn’t the top priority of the U.S. CHIPS Act, which is releasing close to $39 billion in funding to incentivize the manufacturing of cutting-edge chips used in devices like the iPhone. China and Europe are also investing billions to boost the local research and development of chips.

As part of the CHIPS Act, NIST is also establishing chip manufacturing and development sites where academics and government organizations like the U.S. Department of Defense’s DARPA will be able to develop and test chips.

Agam Shah has covered enterprise IT for more than a decade. Outside of machine learning, hardware and chips, he's also interested in martial arts and Russia.
Read more from Agam Shah
SHARE THIS STORY
RELATED STORIES
CES 2023: Robots, Astronauts, Schwarzenegger and Flying Cars Couchbase’s Managed Database Services: Computing at the Edge 5 Supply Chain Security Trends Making It Easier to Build Apps with Time Series Data Performance Measured: How Good Is Your WebAssembly?
SHARE THIS STORY
RELATED STORIES
4 Supply Chain Security Threats and How to Handle Them 9 Supply Chain Security Best Practices Making It Easier to Build Apps with Time Series Data 7 Edge Computing Uses You Should Know Creating ‘Offline-First’ Applications for Wi-Fi Dead Zones
THE NEW STACK UPDATE A newsletter digest of the week’s most important stories & analyses.
The New stack does not sell your information or share it with unaffiliated third parties. By continuing, you agree to our Terms of Use and Privacy Policy.