Google Next Brings Kubernetes, Serverless, and VM-Like Isolation to the Cloud 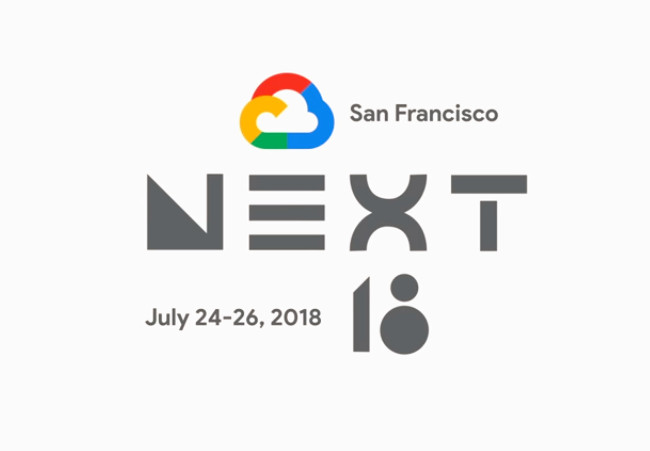 Google opened its annual cloud conference, Google Next, in San Francisco today. The event included tutorials, talks, and keynotes detailing the intricacies of the company’s cloud offerings, while also showing off the latest and greatest services offered by Google. Included in among all the conferences’ events were keynotes detailing Google’s efforts around Kubernetes, and its work to isolate applications more securely inside its servers.

Oren Teich, director of product management at Google Cloud, lead off the announcements with the release of the new Gvisor for Google App Engine. AppEngine was the company’s first cloud services hosting offering and has evolved significantly since its release. Last year, the company expanded the range of applications that could be run on App Engine, fixing a major platform shortcoming which had caused a number of users pain over the years. Gvisor allows applications to be completely isolated from one another, just like virtualized applications.

Version 1.0 of the #ISTIO service mesh goes live this week, and is ready for production use. @GCPcloud will offer a fully managed version of the @IstioMesh — @uhoelzle #GoogleNext18 pic.twitter.com/JC7C8iZc4o

Now that Google AppEngine is more capable and can run applications which can connect to outside resources more efficiently, Google has turned its sights onto the security of the overall platform by adding its own VM-like capabilities. “Gvisor is a new virtualization technology which gives you the security of virtual machines with the performance of containers. We open sourced this a few months ago as part of Kubernetes. We have been using it in production for quite some time on AppEngine and Cloud Functions. Historically App Engine has had a lot of constraints. With the new Gvisor based runtimes, we can bypass that with a new generation of runtimes for PHP 7, Node 8 and others, based on Gvisor. It’s faster, not proprietary, and fully idiomatic,” said Teich.

Another thing Google has been working on is portability. The company has combined forces with IBM, SAP, Cisco and others, to spread serverless capabilities to more than just serverless platforms. The project this has yielded is called Knative, and it is focused on building out the necessary underpinning to run serverless applications on Kubernetes. As each participant in the project has their own take on serverless, this work is focused on making sure such applications can be portable between installations of Kubernetes.

“Knative is an open source project to bring serverless concepts — in particular, three-source-builds, serving, and event binding — and taking these and bringing them into Kubernetes natively as custom CRDs. This is a common underpinning built on top of Kubernetes. This allows for workload portability. Serverless is not just an operational model but its also a programming model. You wind up writing code specific to that serverless platform. this takes that away.” said Teich.

“This also allows us to offer our own product,” said Teich. “This is called the Google Kubernetes Engine Serverless Add-on. This takes Knative and packages it up into a product we can use. Now bringing this all together in Google Compute Engine, with Google Cloud Storage container support; you can have containers running, deploy it to GCE, change your mind minute later and deploy it to a Google Kubernetes Engine cluster or to something pure open source. It gives you that portability.”

The usage of Google’s Kubernetes engine isn’t restricted to the company’s cloud anymore either. Google fully embraced the idea of hybrid cloud at this Google Next, with the announcement of Google Kubernetes On-Premises. This on-site version of Kubernetes gives enterprises a quick way to bridge between Google’s Cloud and their own data centers. With unified versions of Kubernetes in place, administrators will be able to reach out into the Google Kubernetes Engine remotely and create servers there, or spin them up internally and move them externally when ready.

Istio 1.0 will play a major role in smoothing this path between internal and external Kubernetes, and Google is planning on heavily integrating this other CNCF project into its offerings. Google Cloud CEO Diane Greene, said that this year’s Google Next is, “quite a bit bigger than previous years. We have over 20,000 people attending and over 250 customers talking, it’s fun for us to be able to really see it all come together.”

Google Next continues through the rest of the week.

.@Target is now running on @GCPcloud, and has a commitment to #opensource — Target CEO Michael E. McNamara, at #GoogleNext18 pic.twitter.com/axTV6CN58c

A 20 year veteran technology journalist, Alex Handy cut his teeth covering the launch of the first iMac. His work has appeared in Wired, the Atlanta Journal Constitution, and The Austin American Statesman. He is also the founder and director...
Read more from Alex Handy
SHARE THIS STORY
RELATED STORIES
DevOps: Kubernetes Help Desk or Self-Driven Innovation? Wasm for the Frontend: A Look at Developer Use Cases Kinsing Malware Targets Kubernetes Kubescape: A CNCF Sandbox Platform for All Kubernetes Security Docker Swarm, a User-Friendly Alternative to Kubernetes
TNS owner Insight Partners is an investor in: The New Stack.
SHARE THIS STORY
RELATED STORIES
New at Civo Navigate: Making Machine Learning Set up Faster DevOps: Kubernetes Help Desk or Self-Driven Innovation? 4 Ways to Use Kernel Security Features for Process Monitoring Kubernetes Needs to Take a Lesson from Portainer on Ease-of-Use Kubescape: A CNCF Sandbox Platform for All Kubernetes Security
THE NEW STACK UPDATE A newsletter digest of the week’s most important stories & analyses.
The New stack does not sell your information or share it with unaffiliated third parties. By continuing, you agree to our Terms of Use and Privacy Policy.