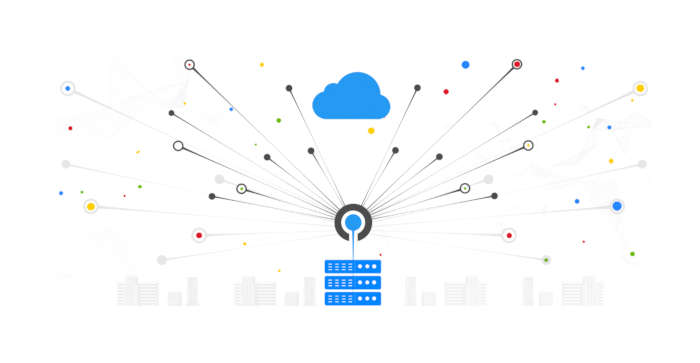 Rather than leaving customers to find the open source projects they want in the Google Cloud marketplace and provision them on Google Compute Engine manually, over the next few months Google will begin offering seven leading open source projects as fully managed services that are tightly integrated with Google Cloud Platform, showing up on the list of services you can set up from the Google console. Initial technologies include those from open source database system providers Confluent, MongoDB, Elastic, Neo4j, Redis Labs, InfluxData and DataStax.

“Adoption of open source has been on the rise,” notes Manvinder Singh, head of infrastructure partnerships for Google Cloud. “Just in databases, for example, analysts estimate that over 70% of corporate apps written in the future will be [built] on databases that are open source based. And more and more of these apps are built in the cloud. So, on the one hand, customers want to use open source technologies, but at the same time they want an experience that is more cloud native, that is integrated with the rest of the cloud platform they’re using.”

The relationship between cloud platforms and open source projects can be complicated. For many developers, managed cloud services are a very convenient way to use open source tools; they don’t need to spend time deploying software or learning how best to configure it, and they can scale usage as they move from prototype to test to production. Using an open source database as a managed cloud service often means it’s well integrated with the other services on that cloud, so you can assemble a pipeline using multiple services with the same account and credentials.

Google promises exactly that for the new managed services, with an experience for developers that Singh says will be similar to native GCP services. “We will be elevating these experiences for services that are in GCP to make it seamless for developers to build apps and use these technologies.”

The integration is in the console, so provisioning MongoDB or Neo4j looks like setting up a Google Cloud service like Spanner (although they’re listed separately below all the Google services rather than among the Google database services) and developers can manage them in the Google console in the same way. They’re also integrated in the backend systems. “The experience will be just like our first party offering; customers can discover the services within our portal. It includes unified support so customers have a single window where they can log tickets and get results. It includes unified billing so resources can be billed as part of the GCP invoice.”

The support will come from the open source companies rather than directly from Google even though it’s Google you’re buying the services from, but you don’t have to go through a separate system to raise a ticket just because you’re using a third-party tool. “What we want is to provide the window where customers can come and resolve issues, whether they’re related to GCP or these services, like a first class service on the platform. They have a lot more expertise in their technologies so we’ll be working in close collaboration with them to resolve customers issues as they arise.”

For an open source project, particularly if it’s run by a commercial company using the open core model and selling either support or their own managed service, a cloud provider offering the tool as a service can look more like they’re taking advantage of open source than enabling it.

While the big hyperscale clouds are significant contributors to open source, it’s important to distinguish between the projects they open source themselves, whether that’s Kubernetes from Google or Typescript and .NET from Microsoft, and the existing open source community projects they contribute to.

This conflict flared up in 2018 when organizations like Redis Labs, MongoDB, Confluent, Cockroach Labs, Elastic and Timescale moved to more restrictive licenses prompted by concerns about whether some cloud vendors contribute enough back to the community. The Linux Foundation’s response was to help projects secure funding through the CommunityBridge initiative. Some cloud vendors have already started working with open source projects when launching managed services; Microsoft worked with the MariaDB and Postgres community when launching those databases as managed services, and built its hosted DataBricks service in conjunction with the company.

The situation makes this a logical move for Google, Redmonk founder James Governor told us; “The opportunity for Google is to find areas where customers are more afraid of the competition than they are of them.”

Google’s strategy is “to work closely together with companies that have invested their resources in developing these open source technologies,” Singh says. He wouldn’t discuss the economics of the partnerships or whether any of the revenue from the cloud services would go back to the projects, although Google Cloud CEO Thomas Kurian did say in the Google Next keynote that “we share our success with our partners.”

That may refer to the way the console interface lets you provision a basic services or add on, say, extra-cost Redis Enterprise modules that you’d usually buy directly from Redis Labs; “for more advanced, more sophisticated scenarios such as active/active distribution for Redis or a multi-model database,” explained Redis Labs CEO Ofer Bengal. “Our active/active distribution leverages the Google network.” MongoDB CEO Dev Ittycheria noted that despite running its own Atlas hosted cloud service, “Google is actually the fastest growing part of our cloud business today.”

Singh also stressed that there would be a deeper collaboration with the open source projects in a number of technical areas like identity, access management and security. “For some of the partners who don’t have managed services on GCP we’re working with them to build and launch the services.”

Google introduced these offerings during its annual Google Next conference, held this week in San Francisco.

The Linux Foundation and InfluxData are sponsors of The New Stack. The reporter’s travel and lodging have been covered by Google for this event.