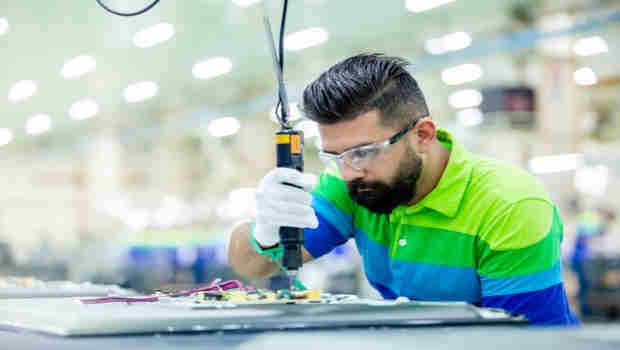 Chip manufacturers are on speed dial for cloud giants like Google and Amazon when they need volume production of internally designed chips. But a program led by Google is trying to open source silicon on the roadmap to combat that domination.

Google is leading a group of partners that provides open source software tools for chip designers to design, verify and test virtual versions of the chips, and then get the physical parts manufactured in factories for free. The goal is to help do-it-yourselfers, universities and chip startups cut the designs and production cost of chips.

In recent weeks the Google-led effort has gained more partners to boost the open source chip effort, including manufacturer Globalfoundries, and the US Department of Defense, which last week injected $15 million in funding to SkyWater, which provides capacity in its factories to manufacture the open source chips.

The idea of open source chips can be likened to Linux. Companies like Intel and ARM have proprietary chip designs that power computing, and companies have to pay for the privilege of using those architectures. Google’s goal is to promote open chip designs that are free to license and can be modified to meet an organization’s needs.

Google’s open source chip effort solves a last-mile problem that many chip startups can’t overcome: to get the physical parts made. Google’s goal is to promote grassroots designs of processors and sensors used in applications like AI and data collection and then provide a pathway to manufacturing facilities.

According to data from Pitchbook, venture capital firms poured $9.9 billion to semiconductor companies, with most going to fabless companies — which are chip companies that create virtual designs of chips on computers, but don’t have their manufacturing facilities.

Up until about the 2000s, many semiconductor companies like Fairchild, AMD and Motorola had their own manufacturing facilities, but then shed their assets or got acquired due to the volatility of the semiconductor market and the cost of maintaining those facilities.

The chip shortages in recent years hamstrung many smaller fabless companies that include AI chip makers, who were unable to get fab capacity with companies like AMD, Nvidia and Apple willing to pay a premium to secure volume manufacturing.

The chip shortages were mostly around parts like power management and sensor circuits, which cost a few cents to a few dollars, and are in big demand in sectors including automotive, which is transitioning to electric cars.

Google’s “build your silicon” program provides guidance on how to create chips, which can then be submitted to a program funded by the company to manufacture chips at no cost.

“Google’s vision is to create a complete open source ecosystem,” said Mike Wishart, CEO of efabless, which facilitates the program called Open MPW to receive and verify chip designs. Google and its partners provide the software tools for free.

EFabless provides open source EDA tools for chip design and verification, and SkyWater provides a process-design kit to prepare the chip for manufacturing. The Open MPW program is now open, and the deadline is Sept. 12.

For first-time and DIY chip designers, EFabless also provides the system-on-chip called Caravel which is “a big blank user space for people to draft and simplify designs in them. That way they can just focus on their design,” Wishart said.

“They don’t have to wade their way through the traditional semiconductor ecosystem where there’s just not enough people to handle all the designs… and it’s too expensive or too complex,” Wishart said.

The small chip makers typically use old process nodes because of the low cost of manufacturing. These chips can be used to prototype versions of a chip before the production and release of a final version on more advanced nodes. One participant, Johannes Kepler University in Linz, used the program to create prototype chips designed by students in class.

The Google program makes sense from an academic and STEM standpoint, and for companies developing their own chips, said Jim McGregor, principal analyst at Tirias Research.

“Just about everyone is trying to design AI on the platform — native or in the cloud. We’re seeing more and more customization of chips,” McGregor said.

Google develops its own closed-source chips like the Tensor Processing Unit for AI in its Cloud environment, but the open source initiative may be an effort to create goodwill with the growing number of open source chip designers, McGregor said.

“It’s their way of linking them to future designers and chips, just like Apple initially selling or giving PCs to academics,” he said.

It also helps to have physical chips in their hands, but there are also many chips and compatible operating systems for off-the-shelf parts on older process nodes.

“It always comes down to — do they have time or money to develop custom chips when they are available off the shelf,” McGregor said.

The New Stack is a wholly owned subsidiary of Insight Partners, an investor in the following companies mentioned in this article: Unit, Bionic.